Australians are being warned to brace for a horror tick season as a perfect storm of conditions is set to see the critters thrive.

Tick bites can cause devastating Lyme disease – a controversial illness as government and medical authorities have claimed there is no evidence it exists in Australia.

Dr Mualla McManus from the University of Sydney’s School of Medical Sciences said early summer months where conditions are hot and humid are when tick bites are most common.

Other tick-borne diseases occuring in Australia include Australian tick typhus or ‘spotted fever’, paralysis and severe allergic reactions – which can be deadly.

‘This is the time when the eggs have hatched, when it’s humid and rainy. They like the humidity,’ Dr McManus told Daily Mail Australia.

Dr McManus said people often didn’t realise they had suffered a tick bite at first, as the bugs are extremely small and release an anesthetic when they bite.

‘If you see little black dots on you, get a magnifying glass if you can and take a look – it’s like the dot of a pin,’ she said.

‘You may not even be aware of it.’

She said tick bites were often suffered by people spending time near the coast or in areas with dense bush nearby. 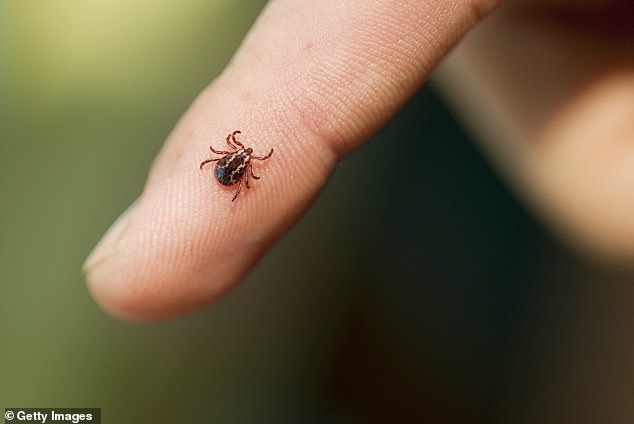 Dr McManus from the University of Sydney’s School of Medical Sciences said people often didn’t realise they had suffered a tick bite at first, as the bugs are extremely small and release an anesthetic when they bite 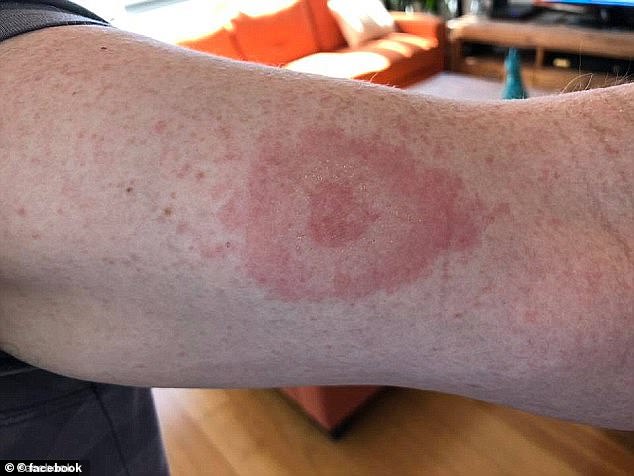 Ticks can sense when humans are nearby by sensing carbon dioxide. Dr McManus said: ‘The longer they bite you, the worse it is. There’s a toxic exchange that goes on in your blood.’

‘(Sydney’s) north shore, the northern beaches – anywhere where there is bush and the coast,’ she said.

‘The longer they bite you, the worse it is. There’s a toxic exchange that goes on in your blood.’

What is Lyme disease?

Lyme disease is caused by a bacterium and has become the most common tick borne disease in the world.

Lyme disease is more likely to affect travellers when participating in outdoor activities in tick-infested areas where Lyme disease is known to occur.

Ticks can sense when humans are nearby by sensing carbon dioxide, Dr McManus said.

‘They attach to your pants, they like places where you are sweating such as the back of your knees or your neck,’ she said.

‘They love to bite your dogs and your cats and your children, so make sure you check your pets and kids regularly.’

Dr McManus advised wearing light-coloured clothing when at the beach or going for walks near bushlands order to easily spot ticks – but warned there was no guaranteed way to avoid them.

‘Stay on the bush track if you are going walking, don’t go through the bush.

‘There are insect repellents you can use, and you can tuck your trousers into your socks to avoid bites if possible.

‘If you put your clothes in the drier for 20 minutes this will also kill off any ticks.’

Dr McManus tragically lost her husband Karl to a tick-borne disease in July 2010, and has since set up a foundation in his name to raise awareness.