‘What is that white thing that went through the wall?’ Spooked parents reveal the scariest things their young kids have ever said to them

Most young children have absolutely no filter and parents can be left in hysterics at the weird and wonderful comments that come out of their mouths.

And while most of these statements are amusing, others can be downright creepy.

Taking to a parenting Facebook group recently, hundreds of spooked Australian parents shared the ‘scariest’ things their children have said over the years – from mentioning ghosts to chatting to themselves at 3am.

‘My 5 year old daughter was sitting on floor in lounge one night watching TV and turned and said to me “Mummy what is that white thing that went through the wall?”‘ One mum wrote.

I used to hear my son at 3am chatting and laughing. Every night for about three years.

Others said their children had told them toys had winked at them, moved on their own and told them to do ‘bad’ things when their parents weren’t around.

One mother recalled the terrifying moment her five-year-old son remembered visiting a hospital for his ‘blood cancer’ while visiting a family member.

‘He is 5 and never had cancer! And had never attended that hospital!’ The worried mother wrote.

A fellow commenter responded: ‘I pulled a heap of my father’s things out one day and was looking through them my daughter come over picked up his wallet and said “This was mine when I was a boy”.’ 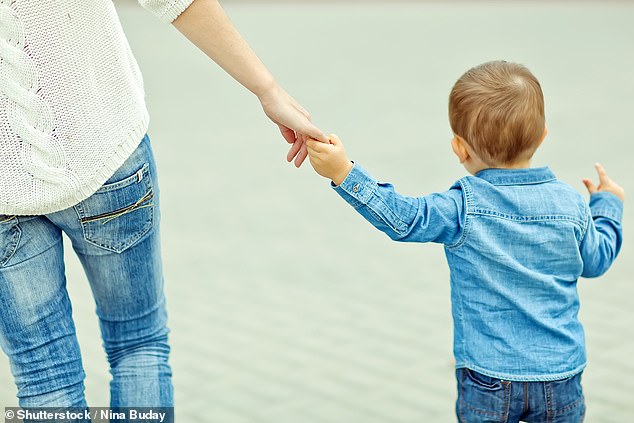 What other creepy things have kids said to their parents?

‘Got undressed one night for a shower. My daughter pointed to my stomach, gasped and said “Baby!” I was in denial and ignored it for weeks but she was right. Currently 35 weeks pregnant.’

‘”Mummy call daddy, pushing yellow truck, please call daddy”. I called him and the yellow truck had broken down at work and he needed me to call.’

‘My toddler wandered into the kitchen last week and said to my husband and I “I drownded in the wooden basement” then wandered out again.’

‘My baby sister who was around three at the time told me she was a man before this life, that she was an accountant and had a wife, plus a whole lot of other random information a three year old shouldn’t even be thinking about.’

Many of the parents said while they hadn’t heard anything directly, they often heard their kids ‘chatting’ to themselves early in the morning.

‘I used to hear my son at 3am chatting and laughing. Every night for about three years. He used to tell us the little boy used to come and wake him up to play,’ a mother wrote.

‘It always happened between 3am and 4 am. Another thing he said when he was older was his brother stopped visiting. He was a twin but I lost his twin brother. He didn’t know he was a twin either.’

That wasn’t the only instance where children said they had “met” family members who had died.

‘My nan passed about three years ago now. And my mum gave me one of her dressing gowns recently and my three year old loves it never let’s it go,’ a woman wrote.

‘One day she told me it was nanny Loretta’s and she loves her. My nan passed when my daughter was 6-8 months old.’