Rain and a whinge from the team battling to avoid defeat in this fourth Test. The only surprise was that we are in Australia and it was the home ranks who were doing the complaining over an entirely trivial matter.

This role reversal from what might have been expected at the MCG in a one-sided Ashes might be the only consolation for England if a combination of the elements and the broad bat of Steve Smith save Australia.

It was something of a moral victory for England to see Smith and David Warner grind to a virtual halt on a rain-ruined fourth day in the face of good, probing bowling from an England attack finally scenting victory. 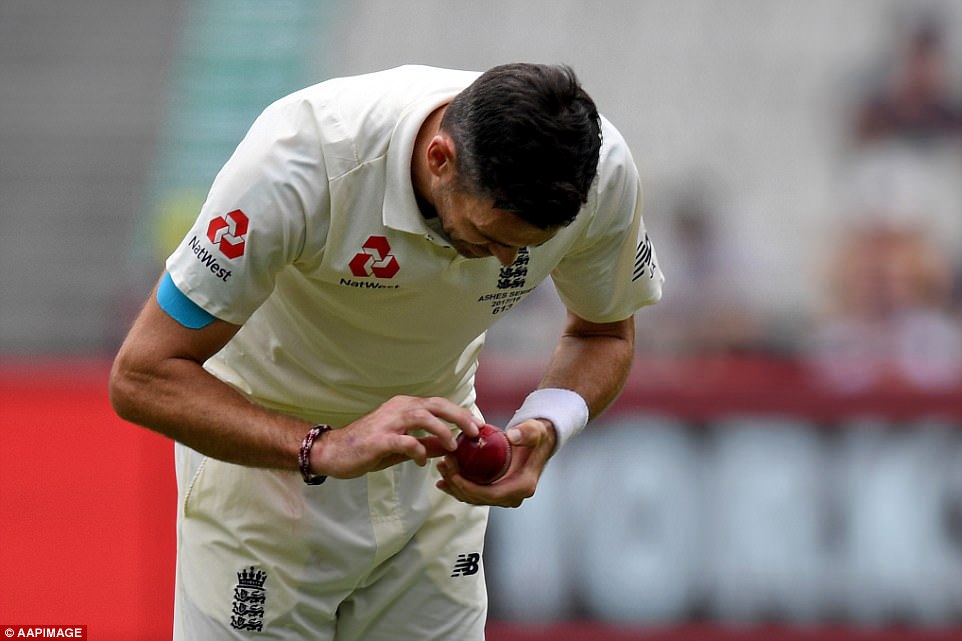 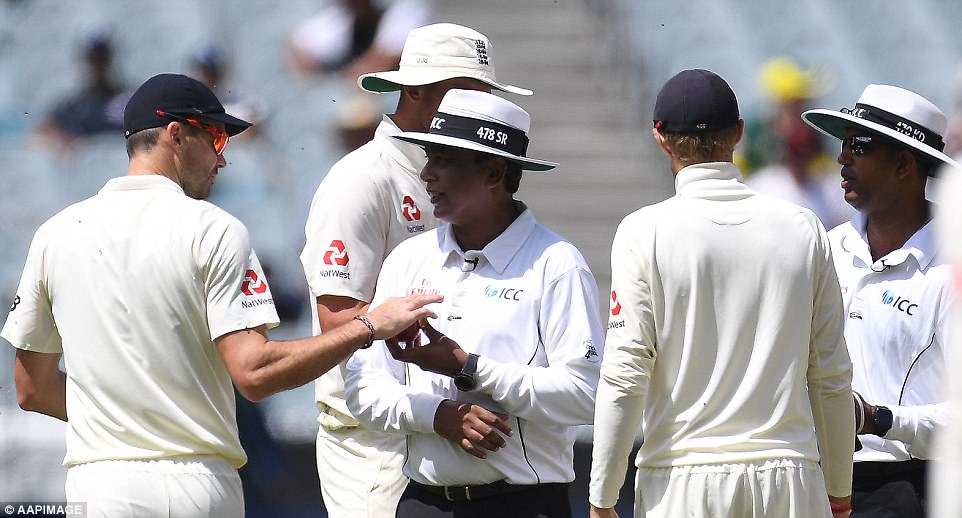 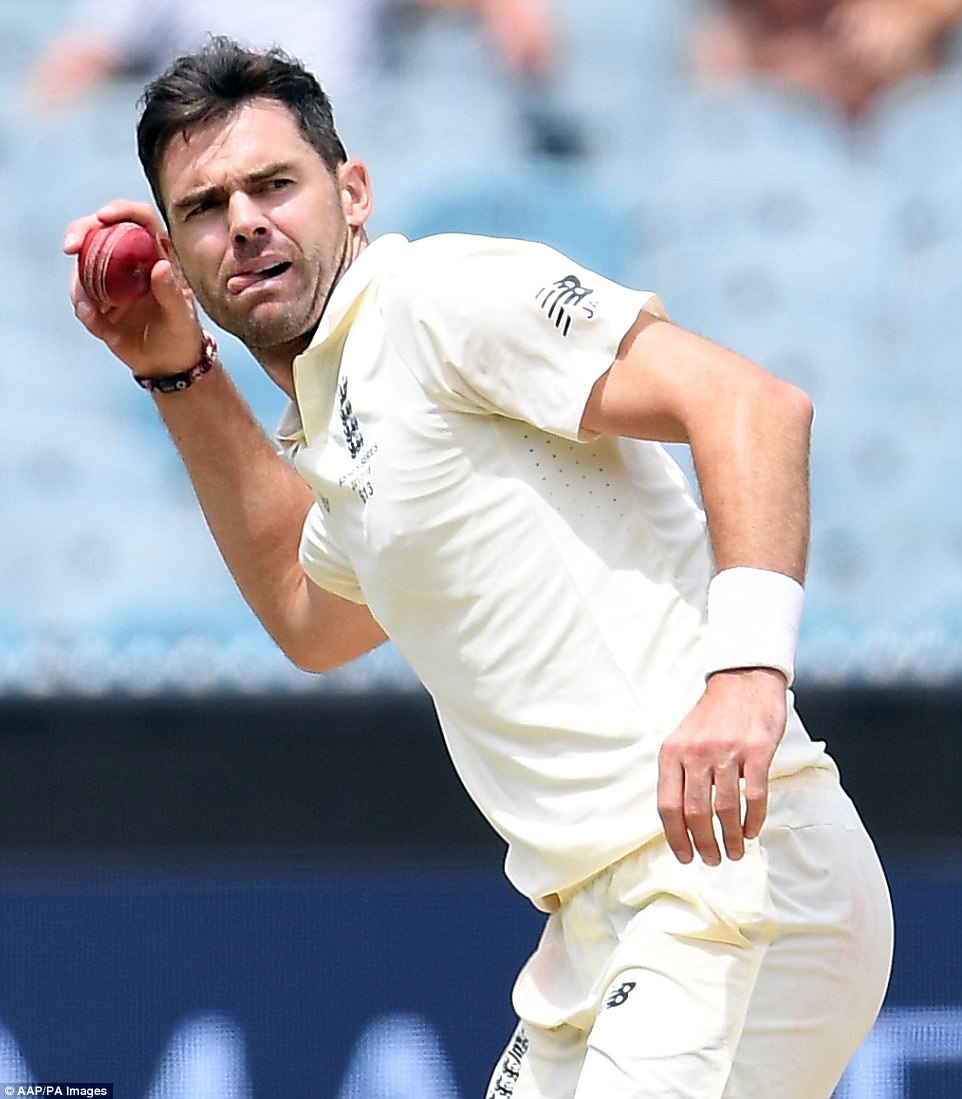 And there was something of an irony in the fact that it was not the Poms who were whingeing when they were struggling in the face of a heavy deficit but the Australians over far-fetched allegations of ball-tampering by England.

All sorts of Australian legends were falling over themselves to point the finger at Jimmy Anderson when England were attempting to get the ball in a condition for reverse swing just a few overs into the home side’s second innings.

And the accusations, originally made by Fox Sports, were legitimised by coverage of the ‘incident’ on Cricket Australia’s website which somehow tries to present itself as an independent media vehicle rather than an official voice.

It is accurate to say umpires Kumar Dharmasena and S Ravi had words with Joe Root over England appearing to throw the ball into the rough at either end of a dead MCG drop-in pitch in an attempt to scuff up one side.

But it is also true they made the same comments to Australian captain Smith on the third day when his side were employing the same tactics over Alastair Cook proving to be such an immovable object.

It was, of course, difficult for the umpires to know whether Stuart Broad, Chris Woakes and Anderson were deliberately throwing the ball into the ground towards Jonny Bairstow or attempting to execute a run out.

And any suggestions that Anderson was attempting anything untoward with his thumb were undermined by the fact that he was paying attention to the shiny side of the ball at the time rather than the rough one. And he did it right in front of umpire Dharmasena too rather than attempting any deception.

The bottom line is that umpires should have more important things to worry about than what really should not be considered an ‘illegal’ practice at all. So bowlers throw the ball in dirt to try to gain reverse swing. So what?

That reverse swing was just about the only weapon at England’s disposal yesterday as they attempted to convert a first innings lead of 164 into their first victory of another beaten Ashes tour.

England were at least able to strike a two blows before the Melbourne rain wiped out the last one and a half sessions of a day of such promise, Chris Woakes forcing Cameron Bancroft to drag on and Anderson nipping out Usman Khawaja.

It seems Bancroft’s biggest contribution to this series is destined to be his comical press conference at the Gabba over Jonny Bairstow’s apparent ‘head-butt’ rather than anything he has produced with the bat.

And Khawaja, booed to the crease by some England supporters questioning the legitimacy of his ‘catch’ to dismiss Broad on day three, has not looked anything like the answer for Australia at No3 in this series.

The trouble for England is that Australia do not really need too many other batsmen to fire as long as they have Smith to deal with everything that the visiting attack can throw at him.

Only 33 runs came from the 18.5 overs that were possible after lunch yesterday as even the explosive Warner was reduced to near strokelessness by an England attack finally finding conditions in Australia to their liking.

Yet there was a lesson for England in the patience and discipline displayed not just by the prolific Smith but also his vice-captain Warner, who faced 140 balls for his unbeaten 40 with just three fours.

Too many of England’s batsmen, including the captain, just do not seem able to dig in like that when the need arises, a problem that will need to be resolved if they are ever to compete overseas as well as they do in home Tests.

The perfect role model, of course, is present in their own team in the form of the extraordinary figure of Cook who became the first Englishman to carry his bat in a Test innings for 20 years when Anderson fell to the first ball of the day.

This, under pressure, was a phenomenal performance from Cook whose unbeaten 244 was the highest score of any of the 52 occasions that any batsman has carried their bat in Test history, beating Glenn Turner’s 223.

It really is nonsense for anyone to belittle Cook’s achievement because the Ashes have already been lost. We are very quick to condemn any England side who capitulate and lose 5-0 once the Ashes are lost so we should not decry an outstanding demonstration of the skills that have made Cook an all-time great.

For now Cook looks to have ensured this will not now be the third Australian whitewash in four Ashes tours and could still have set up victory if fortune favours England on the last day. And that is not to be under-estimated.