Beijing’s ‘coercive conduct’ in the South China Sea has been slammed by Australia’s Foreign Minister and Defence Minister ahead of high level talks in Washington DC.

Defence Minister Linda Reynolds and Foreign Minister Marise Payne will travel to the United States capital on Sunday for the AUSMIN talks where they will meet with their American counterparts.

Senators Payne and Reynolds have flagged China’s actions in Hong Kong along with internet hacking and fake news as other issues ahead of next week’s meeting, according to The Australian. 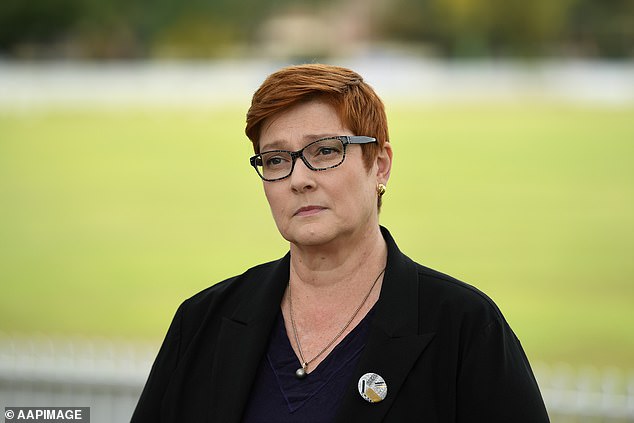 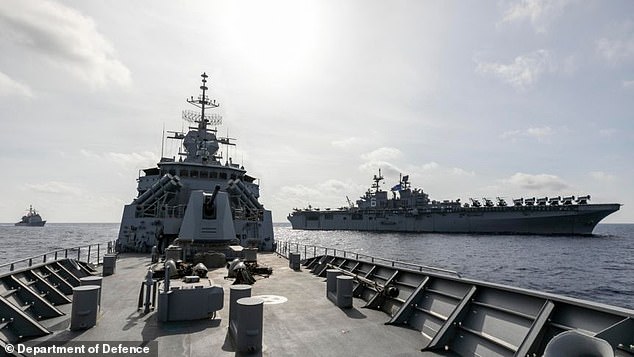 They say the 2020 AUSMIN talks are extremely important amid rising tensions between the Asian and Western superpowers following the global coronavirus outbreak understood to have originated in China.

‘Never has it been more important that we, as allies, sit down together and find every possible way to advance our shared interests,’ they write.

‘Legislation imposed on Hong Kong has undermined the rights, freedoms and futures of millions of people … Coercive actions in the South China Sea continue to  destabilise the region … [while] cyber attacks are on the rise.’

U.S. Secretary of State Mike Pompeo in a speech on Friday morning AEST agreed, saying it was ‘time for free nations to act’.

‘Every nation will have to come to its own understanding of how to protect its national security, its economic prosperity, and its ideals,’ Mr Pompeo said

‘But I call on all nations to start by doing what America has done: to insist on reciprocity, transparency and accountability from the Chinese Communist Party.’

Also on Friday the Chinese government announced the closure of the US consulate in the southwestern city of Chengdu.

The move follows the United States closure of the Chinese consulate in Houston, which the Trump government claimed was the base for espionage operations.

China’s top official in Houston, consul-general Cai Wei, had previously been deputy ambassador in Canberra from 2015 to 2019.

Among agreements understood as set to be tabled at the AUSMIN meeting include a plan for regional health issues, specifically infectious diseases, another plan to combat the spread of disinformation by ‘malicious actors’.

The U.S. will also be seeking Australia’s support over Beijing’s actions in the South China sea.

The communist nation has been building an increased military presence in disputed territory over the last decade, including building man made islands.

Malaysia, The Philippines, Vietnam, Taiwan, and Indonesia along with China have various claims on islands and maritime waters in the region. 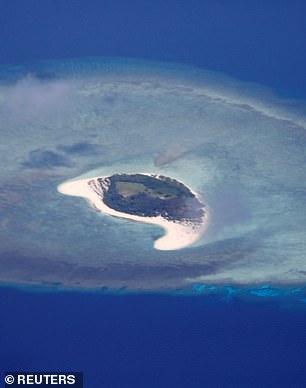 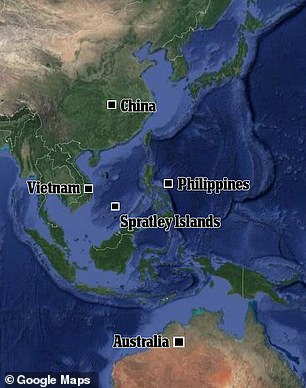 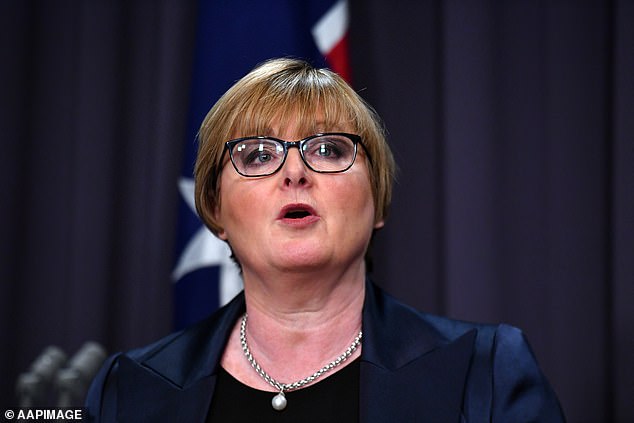 The South China Sea supports an enormous fishing industry, is thought to contain oil and gas reserves, and is a route for one third of the world’s trade shipping worth $3 trillion.

At least one reportedly had an interaction with Chinese navy patrolling the waters.

Australian Prime Minister Scott Morrison said on Friday in a video address to the United States Studies Centre that the friendship between the Australia and America has never been more important.

‘We are a trusted partner of the United States. We trust each other … Australia looks to the US, sure. But we don’t leave it to the US. We do our share of heavy lifting in this partnership,’ he said. 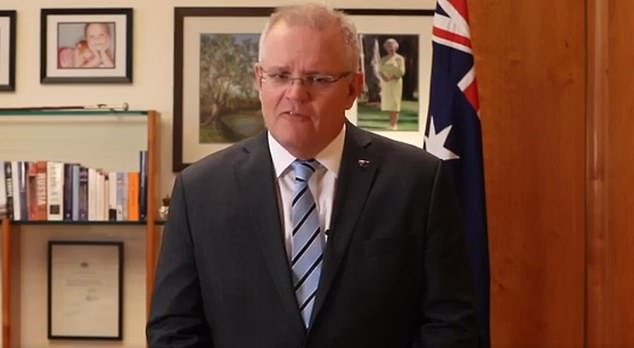 Australian Prime Minister Scott Morrison said on Friday in a video address to the United States Studies Centre that Australia looks to the U.S. but doesn’t ‘leave it to the U.S.’