Australia snubs China and Russia at military summit in Sydney

The Australian Navy has banned China and Russia from a major international military summit in a bitter snub amid rising tensions with the two powers.

The Indo Pacific 2022 International Maritime Exposition begins in Sydney on Tuesday, with arms dealers from more than 700 defence companies across the globe showing off the latest cutting-edge Navy technology in a bid to win a piece of Australia’s $270billion military budget over the next decade.

Navy chiefs from 40 countries will rub shoulders at the biennial event, but unlike on previous occasions China and Russia’s armed forces will not be represented.

Australia tore up Russia’s invitation after Vladimir Putin ordered the bloody invasion of Ukraine, while China’s dis-invite came much earlier, after Australia was put in the deep freeze by the communist superpower in the early days of the Covid pandemic. 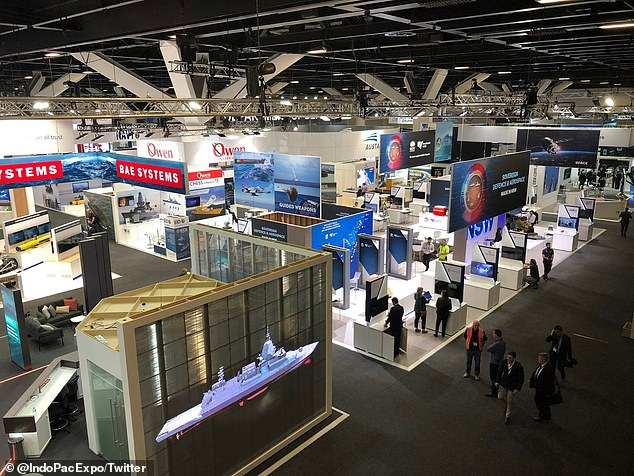 Tensions between Canberra and the communist superpower erupted back in April 2020 when the Morrison government called for an independent inquiry into the origins of Covid.

Beijing reacted with fury and imposed $20billion worth of bans and tariffs on key Australian exports as punishment.

Adding to the collapse in relations is China’s newly-penned security arrangement with Solomon Islands last month, that will open the door to a military base 2000km off Australian shores.

Chief of the Royal Australian Navy, Vice Admiral Michael Noonan, appeared to direct a thinly-veiled comment at the authoritarian power when he announced the launch of the maritime trade show on Monday.

‘In this increasingly uncertain environment, our Navy must grow in size, shape and capability in order to effectively shape our environment, deter actions against Australia’s interests and, if necessary, respond with military force to fight and win at sea,’ he said.

‘Our Navy’s fleet is evolving significantly over the next two decades to meet the challenges of our strategic environment.’ 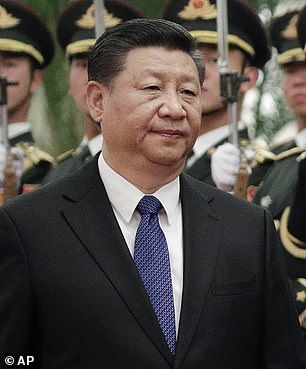 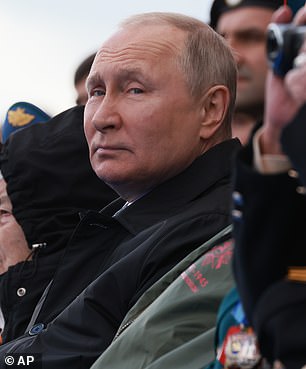 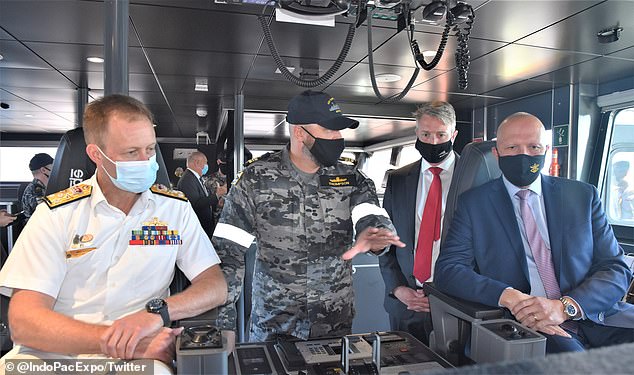 Vice Admiral Noonan also outlined that a key focus of the three-day event would be the evolving nature of ‘grey-zone’ activities in the Indo-Pacific – something Moscow and Beijing have become notorious for.

‘While these activities don’t meet the threshold of something that would trigger conflict, they involve coercive activities such as the militarisation of disputed features or the coercive use of trade and economic levers,’ he said.

‘These tactics are a common concern for Australia and other countries in the region, and we cannot respond to them alone.

‘Our Navy works collaboratively with other regional navies to respond to these challenges as part of our shared commitment to a free, open and prosperous Indo-Pacific.’ 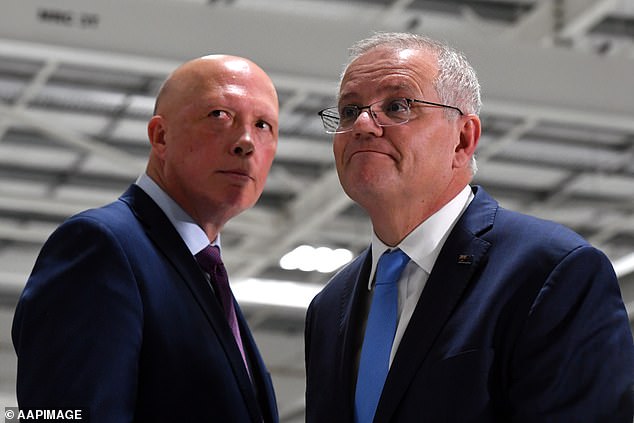 Also set to be widely discussed at the event is Australia’s newly-formed AUKUS pact with the US and UK, which will see the navy acquire a fleet of nuclear-powered submarines in decades to come. Pictured: Defence Minister Peter Dutton (left) and Prime Minister Scott Morrison (right)

Running alongside the international trade show will be the Indo-Pacific Sea Power Conference, where top navy brass from 13 nations in the South-West Pacific will meet to discuss the challenges facing the region.

Among them is the head of Solomon Islands Maritime Department, Nevol Soko, who was set to fly out for the event but will now take part via video link.

Another key talking point widely at the event is Australia’s newly-formed AUKUS pact with the US and UK, which will see the navy acquire a fleet of nuclear-powered submarines in decades to come.

It is the first time the conference has been held since 2019 after it was cancelled in 2021 due to the Covid pandemic.