Australia take to field for the first since ball-tampering scandal

Australia began the long road to redemption on Friday as they took to the field for the first time since they were engulfed in a ball-tampering scandal.

Darren Lehmann’s side began the fourth Test against South Africa at The Wanderers in Johannesburg, just days after their team imploded in the wake of defeat in Cape Town.

Captain Steve Smith and vice-captain David Warner have both been banned for a year after Cameron Bancroft — who is suspended for nine months — was caught using sandpaper to alter the ball’s condition. 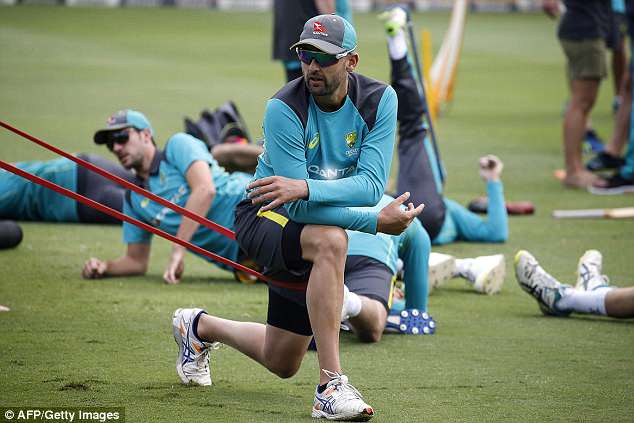 Nathan Lyon, one of the few senior players left in the side, stretches before facing South Africa Lehmann, here dishing out instructions, will stand down following the ball-tampering scandal 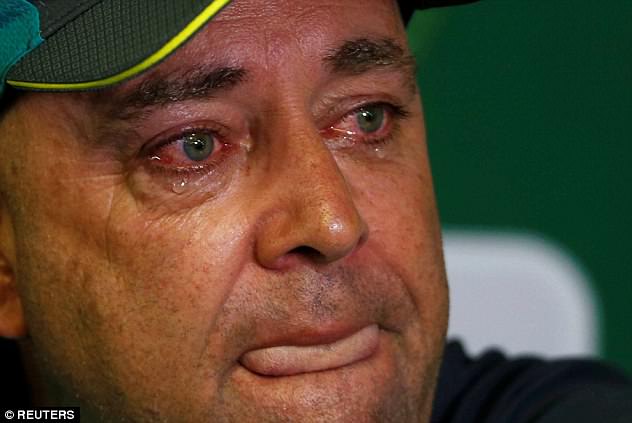 Lehmann announced on Thursday he would stand down at the end of the series, despite being cleared of any wrongdoing.

But less than 24 hours after his emotional press conference, the Australia coach led a new-look side into the fourth Test. And ahead of the day’s play, the coach was seen corralling his players ahead of his final match in charge.

Wicketkeeper Tim Paine has taken over the captaincy from Smith, who has been replaced in the line-up by Peter Handscomb.

Bancroft and Warner, meanwhile, were replaced at the top of the order by Matthew Renshaw and Joe Burns. 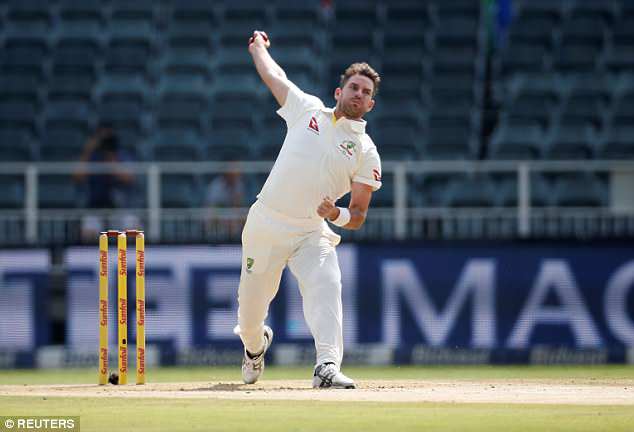 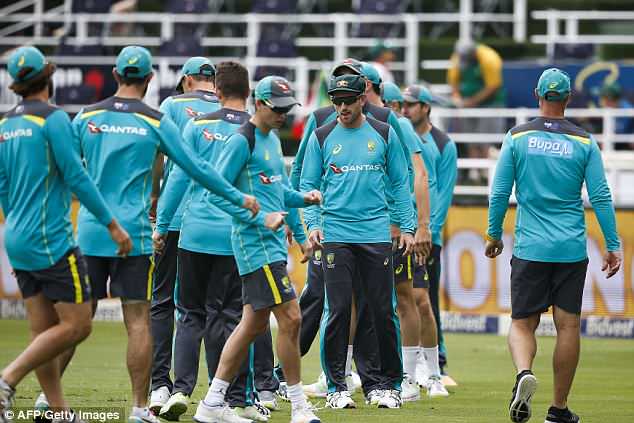 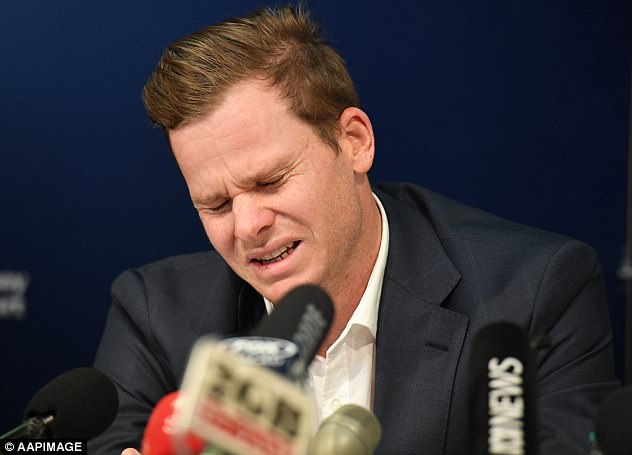 Chadd Sayers, meanwhile, makes his Test debut in place of the injured Mitchell Starc. The seamer opened the bowling for Australia after South Africa won the toss and opted to bat.

‘It’s going to be a challenging week for the guys but we spoke about looking after each other and keeping each other up for the contest,’ Paine told Sky Sports before the first ball was bowled.

‘We’re very privileged to be playing a Test match for Australia, it means a lot to our group and we’ll perform accordingly.’