The Socceroos may be forced to boycott the 2018 Russia World Cup after the side sweated through the longest qualification route in Australia’s history.

In response to a growing diplomatic crisis, the federal government is expelling two Russian spies after a poisoning episode in the United Kingdom earlier this month.

Foreign Minister Julie Bishop has suggested further measures – including the boycott of the world’s biggest sporting event – were possible.

‘There are a whole range of options of further actions that could be taken. The World Cup is one of the further actions,’ she said in response to questioning on Tuesday.

The Socceroos may be forced to boycott the 2018 World Cup after two spies posing as diplomats were expelled from Australia, Foreign Minister Julie Bishop has revealed 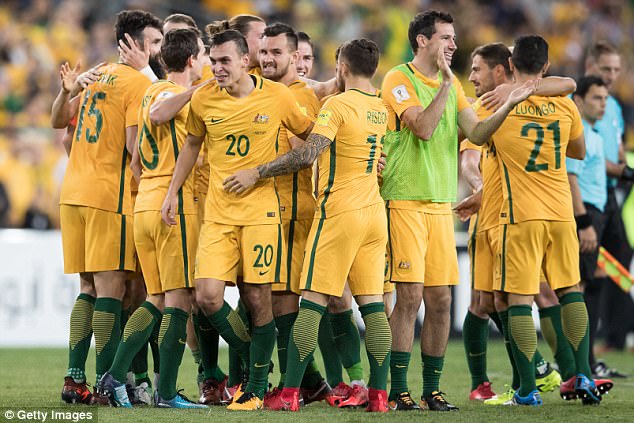 Ms Bishop revealed on Tuesday a boycott of the World Cup could be on the cards. The Socceroos are seen celebrating victory over Honduras in the Qualifiers last year

The UK, United States and European allies of Britain have expelled 100 Russian diplomats over the nerve agent attack on former spy Sergei Skripal and his daughter Yulia in Salisbury, the biggest expulsion since the Cold War.

Mr Turnbull said the latest incident had demanded a response.

‘To do nothing would only encourage further efforts to undermine the international rules-based order upon which our security and prosperity rely,’ Mr Turnbull said. 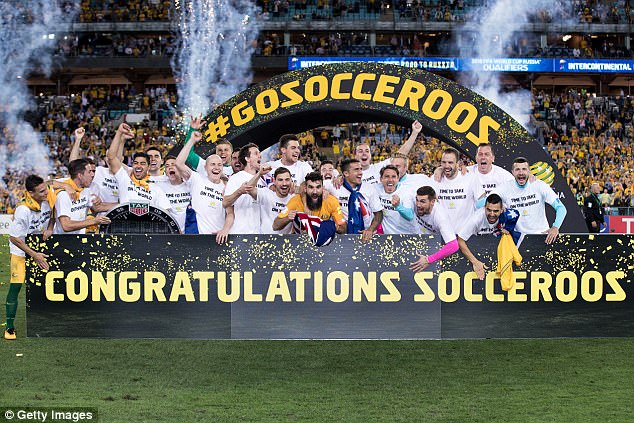 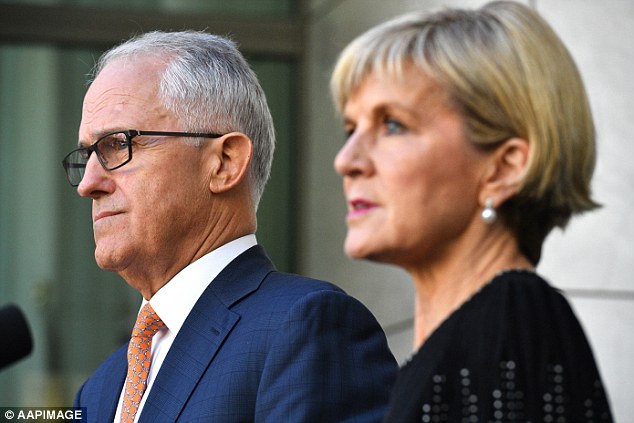 Prime Minister Malcolm Turnbull said the suspected spies will be booted from the country within a week, before Ms Julie Bishop revealed a boycott of the World Cup could be on the cards

‘I think that right around the world there is just this horror and revulsion at the idea that Putin’s death squads are stalking the streets of England,’ he said in Canberra.

‘The idea that the leader of a serious country would be sending his death squads into the quiet provincial cities of England to stalk people who he regards as his enemies is absolutely and utterly abhorrent.’

‘Thank you Malcolm Turnbull and Julie Bishop for your unwavering support,’ Ms Rawlings posted to Twitter. 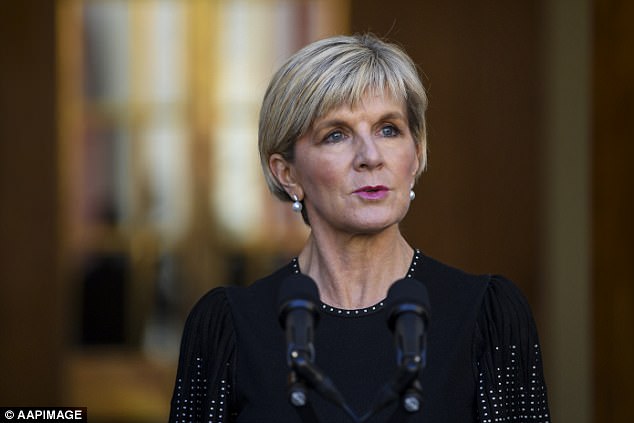 ‘There are a whole range of further options of action that could be taken,’ Minister for Foreign Affairs Julie Bishop said on Tuesday

‘Nerve agent use on British soil demands concerted diplomatic action to avoid culture of impunity and to support our collective security. Great to have Australia and others with us.’

Australia has also joined calls for Russia to disclose the full extent of its chemical weapons program.

The government noted it also still had sanctions in place against Russia over its involvement in the downing of Malaysia Airlines flight MH17 over Ukraine in 2014.