BREAKING NEWS: Australia will get brand new budget domestic airline next year – here’s why Virgin and Jetstar should be worried

Australia will get a new domestic airline from early next year when Bonza expects to take to the skies, taking advantage of an expected boom in air travel in a post-pandemic world.

Bonza, which is backed by a US investment firm and headed by ex-Virgin Blue executive Tim Jordan, is promising ‘ultra low prices’ to travel around the country in 2022.

Australia is soon to get a brand new domestic airline called Bonza (pictured, a Bonza plane) 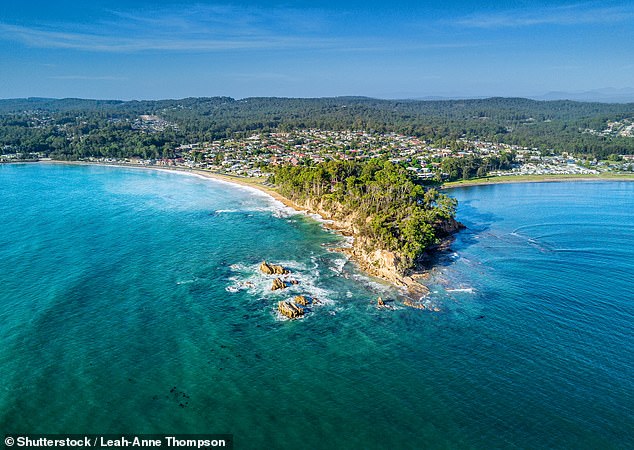 The airline will have a focus on regional communities with new domestic routes in the works (pictured, Bateman’s Bay on the NSW South Coast)

Bonza’s ambition is broad but it appears there will be a focus on regional communities, with new routes in the wings.

Mr Jordan has more than 25 years of experience in the aviation industry and recently was managing director of FlyArystan, the first low-cost carrier in Central Asia.

US investment firm 777 Partners is backing Bonza, which subject to regulatory approval expects to launch services in early 2022 with Boeing 737-8 aircraft.

‘We see huge potential in the Australian market to deliver the benefits and options that an independent low fare airline brings,’ 777 Partners managing partner Josh Wander said in a statement.

Bonza will sport white and purple livery on its aircraft and plans to base its headquarters in regional Australia, with the exact location yet to be revealed. 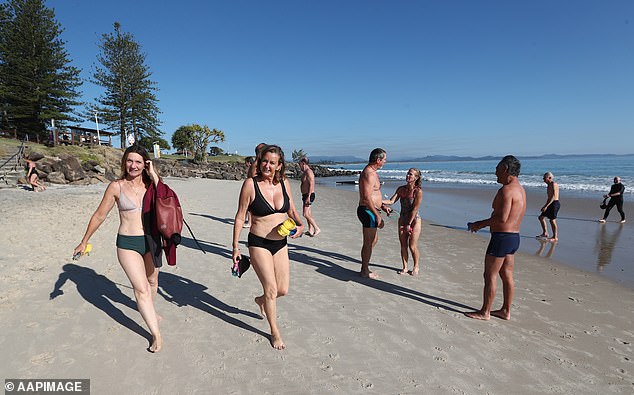 The affordable new airline will focus on domestic travel throughout Australia in early 2022 (pictured, people in Byron Bay on Australia’s east coast)

The announcement of the new domestic airline comes just a day after lockdown restrictions were eased in NSW after 106 days of strict stay-at-home orders.

Sydneysiders can now move anywhere across the Harbour City as far as the Blue Mountains, Central Coast, or Shellharbour but are still unable to travel regionally.

Premier Dominic Perrottet on Monday suggested the international border would open for fully vaccinated NSW residents from as early as November 1.

When the state hits the 80 per cent double-dose mark earmarked for October 25, domestic travel will resume with millions finally allowed to book a trip.

The fully vaccinated will be allowed to travel unrestricted all over the state, meaning road trips, camping breaks and holidays up and down the coast will be back on.

Caravan parks and camping grounds will be allowed to operate, including for those that are not fully-vaccinated.

In Victoria, intrastate travel will also be allowed after the 80 per cent fully-jabbed rate is hit – due to be around November 5. 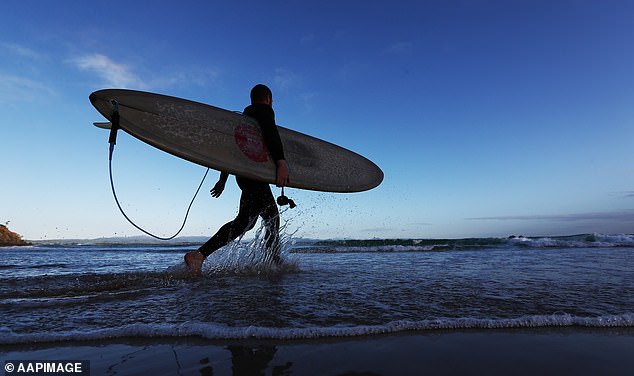 Prime Minister Scott Morrison echoed the premier’s sentiments when he pledged to fast-track international travel for the fully vaccinated in November.

Mr Morrison announced on Monday he had discussed opening the border early for holiday-hungry NSW residents when home quarantine is made available.

Travellers would be required to isolate at home for seven-days after returning from international destinations like London, Fiji, Canada, mainlands Europe and the US.