A new visa introduced by the Federal Government to attract skilled foreign workers will be good for Australian business, industry experts claim.

The Global Talent Scheme announced by the Turnbull Government on Monday is aiming to bring in some of the best ‘high-tech skills and talent’ for jobs paying more than $180,000.

But critics blasted the government’s record at ‘botching’ visa changes saying the new scheme has been rushed through.

The changes are set to affect technology and and STEM industries most with companies able to sponsor specialists with technology skills.

‘The Government recognises there is fierce competition globally for high-tech skills and talent, and that attracting these people helps to transfer skills to Australian workers and grow Australian-based businesses,’ a government statement on Monday read.

‘Established businesses with an annual turnover of more than $4m will be able to sponsor highly-skilled and experienced individuals for positions with earnings above $180,000 into Australia.’

The new trial will initially run 12 months and will replace the 457 temporary skilled shortage visa.

Business leaders backed the scheme and the new announcement from the government.

‘Skilled migrants contribute to a more productive and innovative economy, helping create the conditions for higher wages and growing the economy for all Australians,’ Jennifer Westacott, chief executive of the Business Council of Australia said. 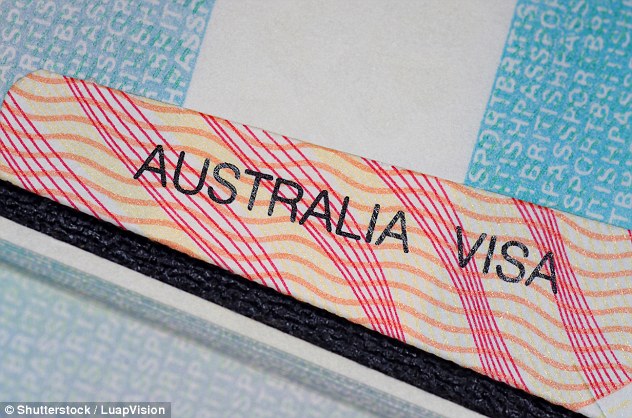 The Global Talent Scheme aims to compete for the world’s ‘high-tech skills and talent’ and will allow companies to sponsor migrants for positions paying over $180,000 (stock)

Labor said Turnbull’s government was playing catch-up to a proposal they had announced it would introduce in government 10 months ago.

‘By the government’s own admission, they haven’t finalised the details of the pilot including the number of visa or which specific jobs they’ll be available for.

‘This was how the conservatives botched their skilled immigration policy in the first place – by rushing to make an announcement and failing to consult the industries.’

‘We will still have control in terms of having to approve each one as they come through,’ Citizenship and Multicultural Affairs Minister Alan Tudge told the AFR.

‘It is a pilot because we want to make sure business is fair dinkum in terms of the applications.’

The visa, for which there will be no set list of occupations, will require migrants to have at least three years relevant experience.

The companies which sponsor applicants will need to show they have tried to hire Australians first.

‘Australians are prioritised for the jobs, but where the skills and experience are not available here, we want to be able to attract talent from overseas,’ Mr Tudge said.

‘This is part of the ongoing reforms to our skilled visa programs to ensure that Australians have priority for Australian jobs, but acknowledge that there are times when the skills are not available in the country.’

The government will consult further on the details of the scheme over the next few months, before piloting it for one year starting in July.