Australia has warned Beijing against making ‘aggressive and dangerous’ moves amid concerns over China’s activities in the South China Sea.

Defence minister Christopher Pyne issued the blunt warning after a Chinese warship this week sailed within metres of an American destroyer.

The move forced the USS Decatur to change course in an ‘unsafe and unprofessional’ encounter in contested waters of the South China Sea.

Mr Pyne said Australia ‘would view any use of ­intimidation or aggressive tactics as destabilising and potentially dangerous’, The Australian reported. 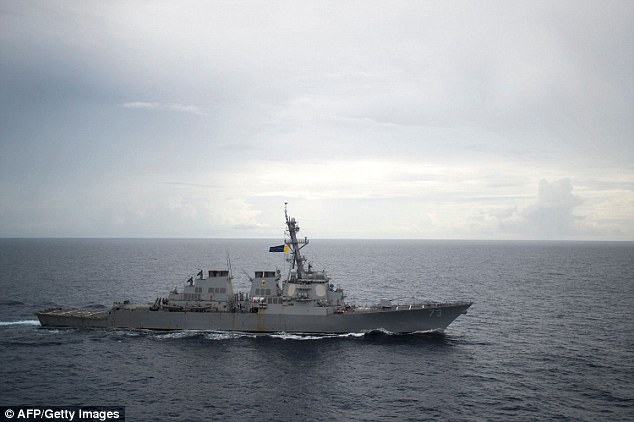 ‘Australia has consistently expressed concern over ongoing militarisation of the South China Sea and we continue to urge all claimants to refrain from unilateral actions that would increase tension in the region,’ he said.

The Bersama Lima exercises are partly being carried out in the South China Sea, and also include Britain, New Zealand, Singapore and Malaysia.

Australia is also planning to join with French naval exercises in the contested waters.

Prime Minister Scott Morrison said on Wednesday he was keen to see stability and prosperity continue in the region.

‘We’re cool heads in this situation. Times of uncertainty are exactly that and it’s our job to work with everybody to reduce that uncertainty – that’s what we’re doing,’ Mr Morrison told radio station 6PR. 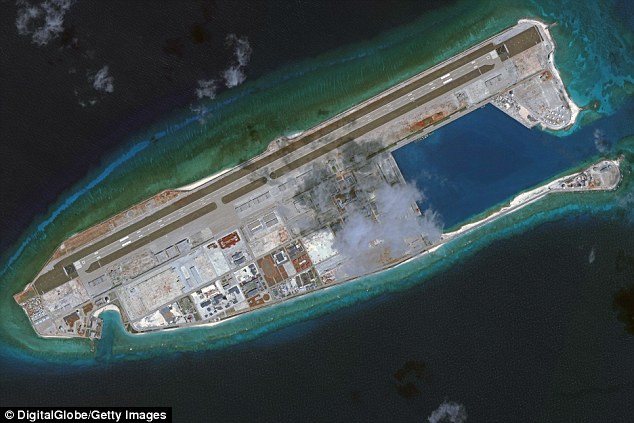 During the operation, a Chinese Luyang destroyer approached the USS Decatur in ‘an unsafe and unprofessional maneuver in the vicinity of Gaven Reef (an overview is pictured) in the South China Sea’, a US Pacific Fleet spokesman said

The USS Decatur guided-missile destroyer was conducting what the military calls a ‘freedom of navigation operation’ on Sunday, when it passed within 12 nautical miles of Gaven and Johnson reefs in the remote Spratly Islands.

The 12-mile distance is commonly accepted as constituting the territorial waters of a landmass.

During the operation, a Chinese Luyang destroyer approached the USS Decatur in ‘an unsafe and unprofessional maneuver in the vicinity of Gaven Reef in the South China Sea,’ US Pacific Fleet spokesman Commander Nate Christensen said.

The Chinese ship then conducted a series of ‘increasingly aggressive maneuvers, and warned the Decatur to depart the area,’ he added.

China expressed anger at the U.S operation, calling it a threat to its sovereignty.

In a statement, the Chinese Ministry of Defense said that its ship had ‘given a warning to leave’ to the vessel after it entered the area ‘without permission.’

‘The US has repeatedly sent warships into the territorial waters near Chinese reefs and islands in the South China Sea,’ it said. 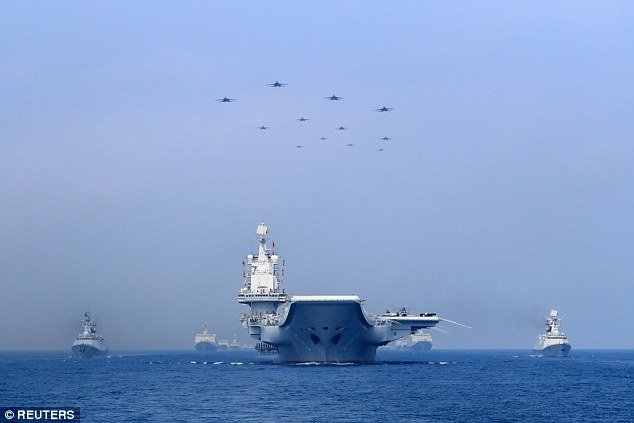