Destructive winds and giant hail rained down on southeast Queensland overnight as a heatwave continues to stir up wild weather in the region.

The Bureau of Meteorology issued a severe weather warning around 2.45pm on Thursday as ‘very dangerous’ thunderstorms threatened north and south of Gympie.

‘We had nasty storms yesterday and plenty of large hail – even giant hail,’ meteorologist Rob Sharpe said on Sky News on Friday. 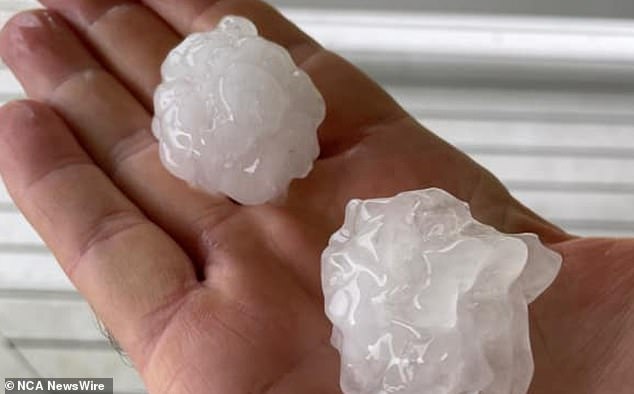 Hail was reportedly as wide as 10cm long in several areas (pictured, hailstones in Kureelpa, near Mapleton)

Severe thunderstorms were active across the Sunshine Coast and headed towards Noosa and Maroochydore on Thursday afternoon.

A wind gust of 122km/h was reported at Gayndah airport – north of the Sunshine Coast – at 3.30pm.

The immediate threat of severe storms has eased for the South East about 7.30pm but are likely to redevelop in the coming days, the Bureau warned.

Thunderstorms are likely to return around central-east Queensland in Rockhampton and Gladstone.

It comes after Brisbane residents woke on Thursday to the aftermath of intense thunderstorms. 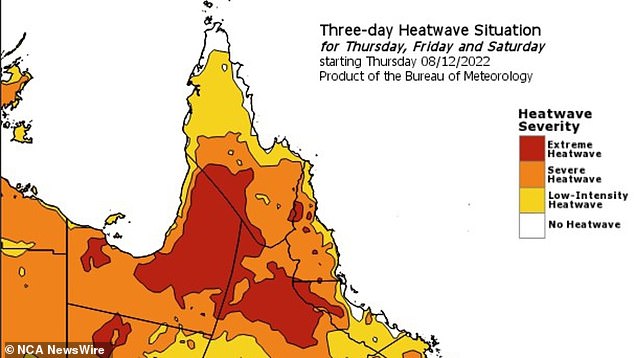 However, the worst of Brisbane’s rain seems to be over with cloudy but mostly dry weather forecast through to Tuesday.

Residents in the northern part of the Sunshine State continue to grapple with an intense heatwave.

The Bureau issued an extreme heatwave warning for the Peninsula, Gulf Country, Northern Goldfields and Upper Flinders and Herbert and Lower Burdekin Districts.

The North Tropical Coast and Tablelands, Central Coast and Whitsundays, Central Highlands and Coalfields, Central West and North West Districts are also expected to swelter through a severe heatwave.

On Wednesday Birdsville, on Queensland’s border with South Australia, reached 45.6C, the first QLD temperature above 45C recorded so far this summer.

The extreme heat is likely to stick around until early next week when a cool change is ushered in with more forecasted thunderstorms and rainfall.

The heat’s expected to be even worse further west with some Western Australians forecast to suffer through 48C temperatures this weekend. 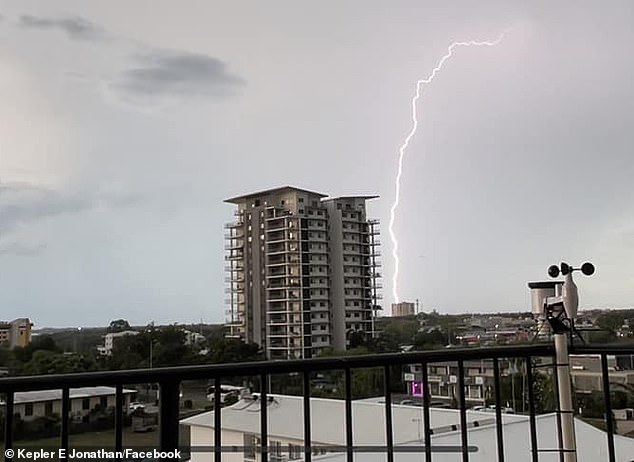 Darwin will continue to see severe storms this week (pictured, lightning over Darwin on Thursday) 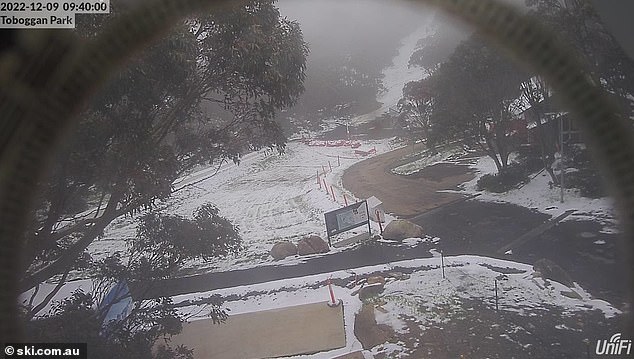 Marble Bar, about 200km east of Port Hedland, suffered through four consecutive days of temperatures above 45C to Thursday when it dropped to 43C.

The west Kimberly and Pilbara regions are expected to face the highest temperatures in Australia in the coming days with maximums reaching 47C to 48C forecast for Sunday and Monday.

Perth residents can expect much nicer weather than their northern neighbours with temperatures to sit from the mid 20Cs to low 30Cs through to next week.

Weatherzone meteorologist Ben Domensino warned the heat will stick around for a while.

‘Forecast models suggest that this intensely hot weather will linger over northern Australia for the rest of this week and into early next week,’ he said.

‘While the most intense heat will stay over northern Australia in the coming days, a tongue of hot air will briefly escape the tropics and spread over SA this the weekend.

‘Some central and southern districts of SA could experience Extreme to Catastrophic fire danger ratings when this heat peaks on Saturday.’ 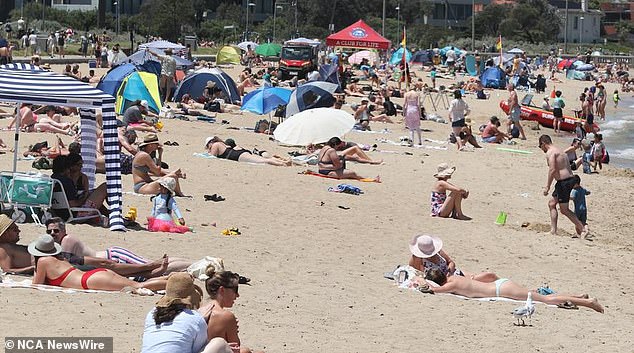 Several parts of Australia are set to see high temperatures over the next three days (pictured, beachgoers) 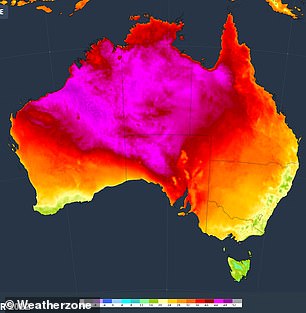 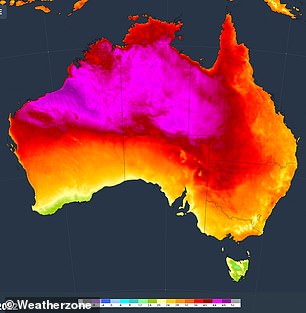 Meanwhile, parts of southeastern Australia are still suffering through an extended winter with snow falling on several alpine regions on Thursday.

The mountains above Hobart saw the first summer snow of the year with flurries leaving a patchy blanket of snow.

The cold weather is expected to continue for Tasmania’s capital with showers and cloudy conditions forecast into next week with a weekend low of 9C to hit on Saturday.

Snow showers continued through to midday at Victoria’s Mt Baw Baw with a low of -2.5C recorded at 7am.

Thredbo was the coldest place to be in NSW with a nine-year December low of -4.2C recorded shortly before 6am. 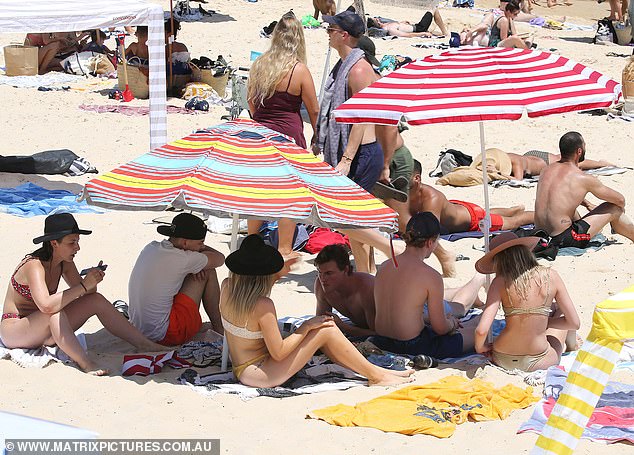 The wet season continues on in Darwin with residents facing down another two days of storms following the lightning and thunder of yesterday.

Fortunately, the weather’s looking up for Sunday and Monday with skies to partially clear before another storm strikes on Tuesday and continues its downpour for the rest of the workweek.

Sydneysiders won’t see much of the summer sun in the coming days with partially cloudy weather forecast through to Monday.

The weather is set to be even drearier in Canberra with showers forecast for Sunday and Monday.

Adelaide looks to be the rainiest southern capital for the next week with Saturday’s sunshine turning to showers on Sunday with drizzle to continue through to next Thursday.