Amelia ‘Milli’ Lucas and her parents landed in Perth on Tuesday afternoon as her father, Grant Lucas, announced their arrival on social media.

The 12-year-old flew to Bochum in western Germany in an attempt to get rid of the remaining two per cent of a life-threatening brain tumour after Dr Teo removed the vast majority. 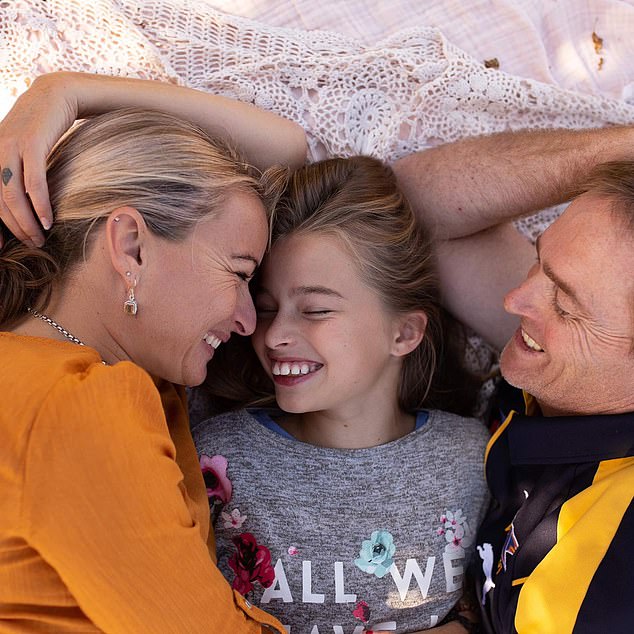 She made headlines after her family was forced to crowd-fund over $150,000 to afford the operation.

The risky surgery carried out by the Sydney-based neurosurgeon was a big success and saw Milli up and walking three days later.

Many doctors refused to operate on Milli out of fear the invasive procedure could lead to paralysis or even death.

Following the surgery, she went through four weeks of alternative treatment offered in Germany involving daily doses of chemotherapy and hyperthermia, which sees doctors raise the temperature of the tumour.

Dr Teo said Milli’s operation meant he had to navigate the brain stem – ‘the no-go zone’ – where most doctors don’t touch.

He also described the operation as one of the ‘more difficult’ ones he’s done throughout his career.

‘They [the family] know the risks, they know it’s not curative and could reduce her quality of life, but they just aren’t ready to give up. It’s a brave decision,’ he said. 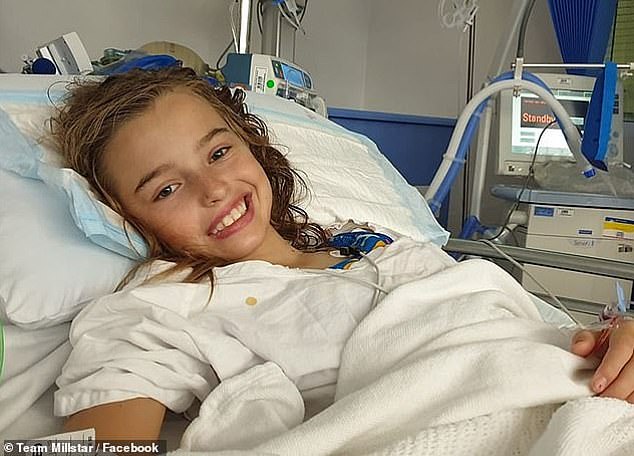 Milli made headlines after her family was forced to crowd-fund over $150,000 to afford controversial doctor Charlie Teo’s surgery fees

Milli’s mother, Monika Smirk, learned her own cancer had returned days after her daughter’s successful surgery.

The 47-year-old lives with a rare gene disposition known as Li-Fraumeni Syndrome [LFS] and is one of less than 1,000 people in the world with the illness.

The mother-of-three went through a double mastectomy and hysterectomy three years ago.

In addition to Milli’s debilitating condition, her 15-year-old sister Tess, was also diagnosed with a brain tumour. 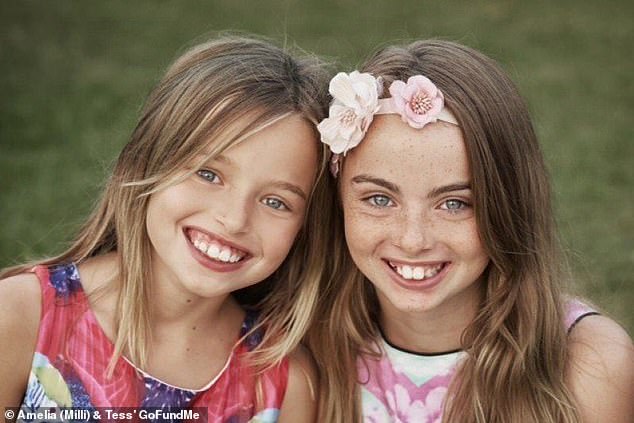 In addition to Milli’s debilitating condition, her 15-year-old sister Tess (right), was also diagnosed with a brain tumour