Snow flurries, icy winds and pockets of heavy rainfall are all expected to hit parts of the country as Australia braces for a chilly start to winter.

While the sun should bring some warm relief in Melbourne, it won’t last long with temperatures expected to drop to -3C at the weekend in some parts of Victoria.

Weatherzone meteorologist Graeme Brittain said rain was set to hit Sydney at the start of the week as a cold front caused temperatures to plunge from 24C to 11C.

Snow flurries, icy winds and rain showers is expected to hit the country as Australia braces for the chilly winter conditions 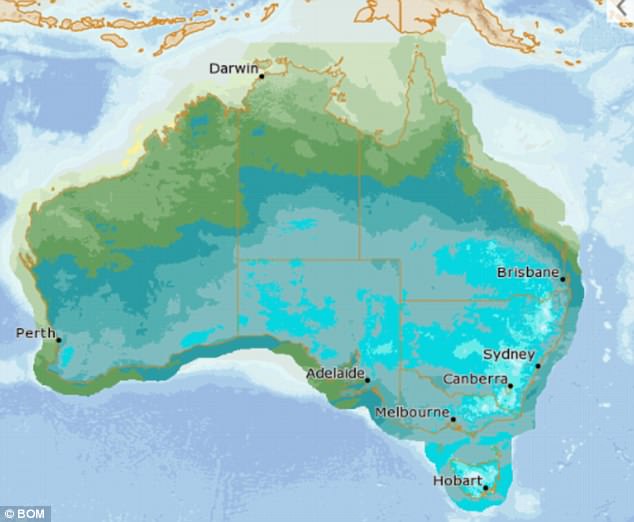 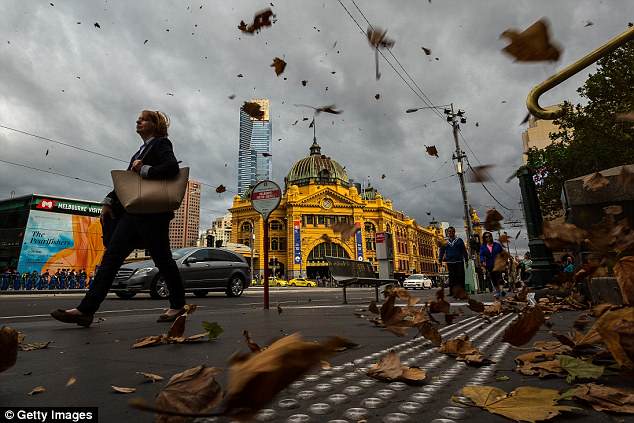 Mr Brittain predicted after showers passed there would be ‘much cooler air pushing in’ sweeping the city with cold conditions.

‘We’ve seen some quite blistery conditions over South Australia, Victoria and it’s heading towards Tasmania now,’ he said.

The final days of autumn are also set to be cool in Melbourne with minimum temperatures of between 6C and 9C from Wednesday to Saturday as part of a cold front bringing snow to Victoria’s Alpine region.

The Alpine region and north eastern parts of Victoria will be hit with a freeze, giving the first taste of winter.

‘We’ll get some snowfall in the wake of this front,’ Mr Brittain said.

‘There will be shower activity for rest of week and earlier next week, but not too much rainfall in it,’ she said.

‘Most of the state will be mostly sunny except for in the East Gippsland districts. 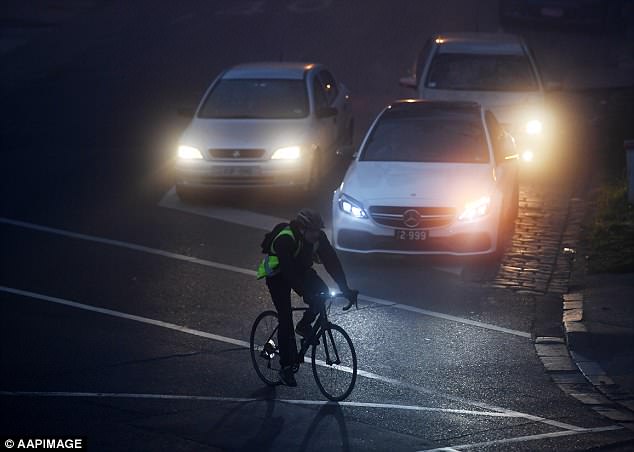 The cool conditions are expected to last until the end of August after an ‘average winter’ across Victoria and further north in New South Wales.

Canberra appears to be the coldest capital city in the country as temperatures are expected to drop to -1C on Friday and Saturday.

Winter is making it’s mark as the southerly cold front from Antarctica brought single-digit figures to Sydney and Melbourne.

Adelaide has already been battered with hailstones and strong winds while snow has fallen in parts of Tasmania and Victoria’s Alpine region, where temperatures have dropped below zero. 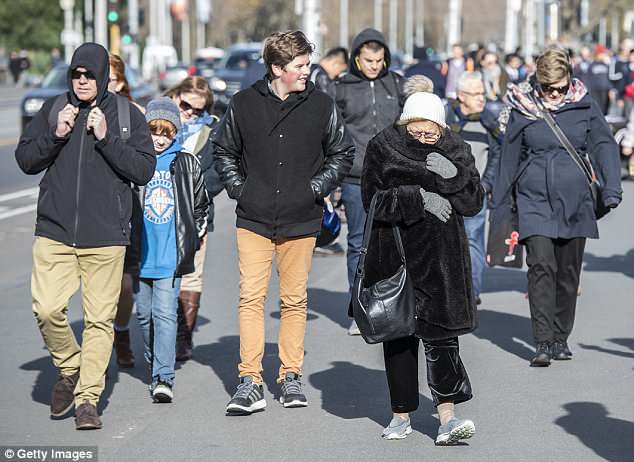 Melbourne is forecast to freeze on Friday with temperatures of just 6C while the mercury in Sydney is tipped to fall to 9C on Thursday as cold front sweeps southern Australia.

The ski fields are already covered in snow, with temperatures at Mount Buller in Victoria forecast to fall to minus four degrees on Thursday.

BoM forecaster Gabrielle Woodhause suggested from June to August it would be ‘warmer than average’ across NSW but overnight temperatures would still be cold.

‘It suggests average conditions but there will be cold nights, winter is coming,’ Ms Woodhause said.

‘The climate outlook is suggesting parts of state’s maximum and minimum temperatures could be slightly warmer than usual.’

Much of the state woke up to a passing cold front which brought wet conditions of up to 15 millimeters in parts of the state.