Sarah Wynter rose to fame playing Kate Warner in the Fox television show 24 in 2002, which led to roles in Windfall and The Dead Zone.

But while she achieved success in showbusiness, the Australian actress also secretly longed to have children and start a family.

In an emotional piece to Vanity Fair, Wynter, 48, opened up about her marriage, fertility struggles, and traumatic experience with post-partum psychosis after the birth of her twins.

Past struggles: Australian actress Sarah Wynter has spoken candidly about her traumatic experience with post-partum psychosis

Sarah said she’d ‘dreamt of starting a family’ and, after falling in love and marrying magazine editor Dan Peres in 2005, they eventually welcomed their first child, Oscar, in 2008 following some fertility struggles.

The couple tried for another baby and, after two IVF attempts and one miscarriage, Sarah gave birth to twin boys Sam and Julian in 2011.

It was then that the post-partum psychosis sunk in as Sarah was first ‘haunted’ by the beeping sounds she’d heard in the neonatal intensive care unit (NICU). 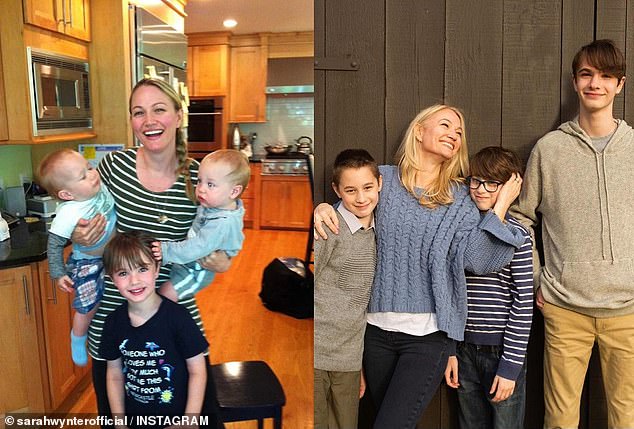 Family: Sarah had her first child Oscar in 2008 after some infertility struggles. She tried again for another baby with her husband and, after two IVF attempts and one miscarriage, she gave birth to twin boys, Sam and Julian, in 2011. It was then that the post-partum psychosis sunk in

The Goliath star said the beeps were in ‘phones, microwaves, alarms, washers, computers, cars’ and that ‘every beep would set my heart beating faster’.

Sarah then became obsessed with germs and hygiene, and was unable to understand why her husband didn’t share her level of obsession.

‘The NICU emphasises the danger of germs. Germs can make babies sick. Bad germs can even kill them. The stress was giving me a manic energy that seemed to intensify,’ she said.

Sarah requested that guests to her home wash their hands, take off their shoes and leave their phones and bags at the door, among other strict hygiene measures. 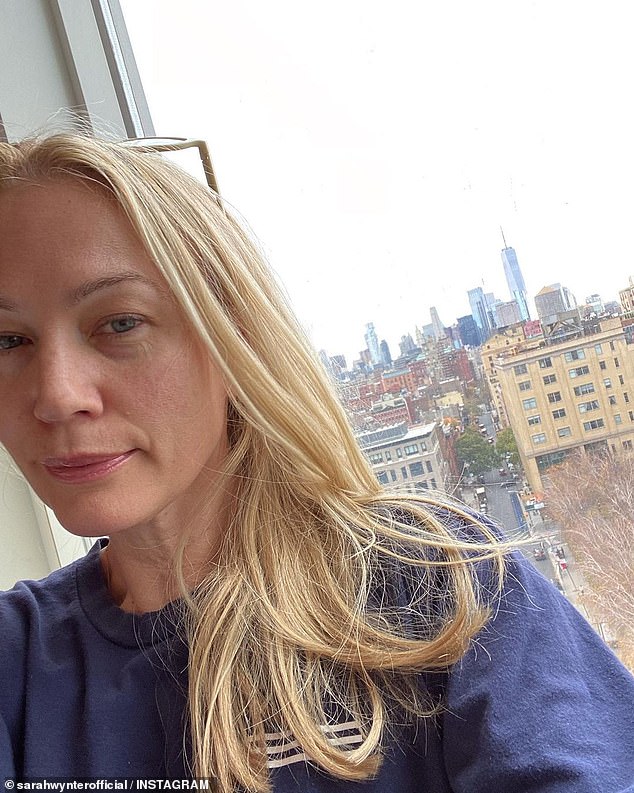 ‘The stress was giving me a manic energy that seemed to intensify’: The Goliath star became obsessed with germs and hygiene, enforcing strict hygiene measures for guests. She was also ‘haunted’ by beeping sounds after leaving the NICU

When Dan began questioning her rituals, Sarah spoke to her friends about divorcing him because he was ‘becoming an enemy’ to her obsessions.

The 6th Day actress also shared her imagined fears that a tree growing near their house could fall over and crush the house with them inside, and that their basement may flood after heavy rain, drowning them.

Sarah began stuttering, became forgetful and disoriented, and would lose her train of thought.

‘I decided I must have had a stroke. Everything visually looked blurred, pixilated,’ she added.

After several emotional outbursts, Sarah’s husband and friends organised an intervention with a therapist, figuring Sarah had some form of post-partum PTSD. 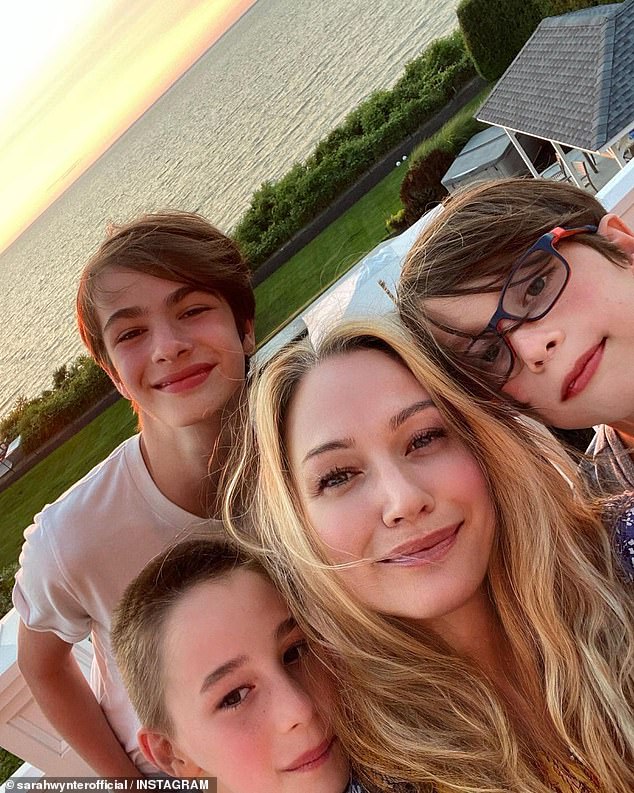 Help: After some emotional outbursts, Sarah’s husband and friends soon organised an intervention with a therapist – figuring Sarah had some form of post-partum PTSD. Pictured: Sarah with her children Oscar, 13, Sam and Julian, both 10

Sarah went to see a therapist and for months worked on feeling settled around her children and not becoming obsessive.

She eventually returned to her ‘old self’ and, for a time, felt ‘ashamed’ of her illness.

‘In time, the shame lifted,’ she said. ‘Now I understand that I was struck with an illness that I did not choose.’

Sarah eventually opened up to her friends and colleagues about her post-partum psychosis and now wishes to ‘destigmatise mental health’ problems.

Sarah’s story with post-partum psychosis became the inspiration for the 2021 Amy Koppelman film A Mouthful of Air starring Amanda Seyfried, which is now available to stream on Amazon. 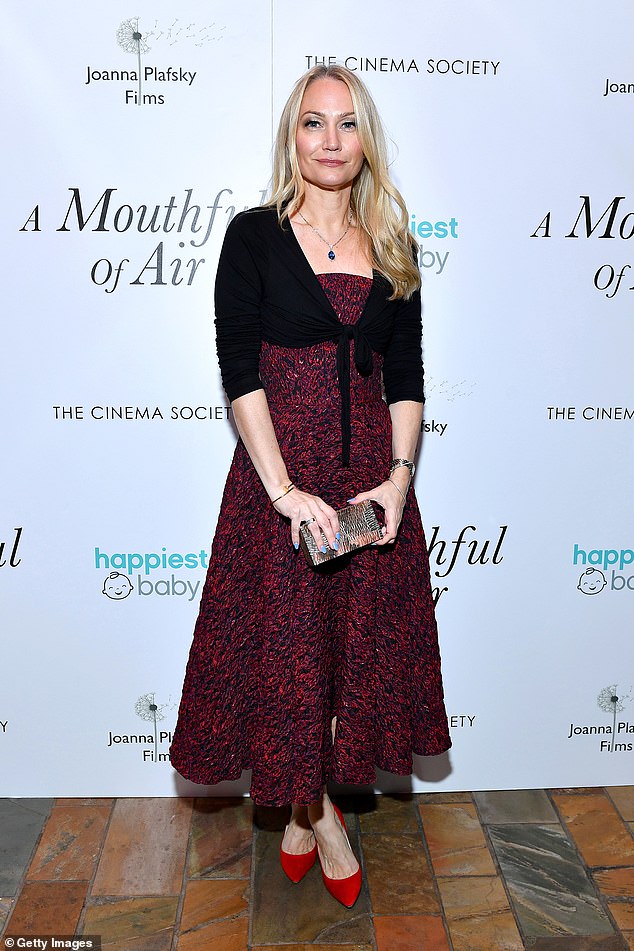 Real life: Sarah’s story with post-partum psychosis became the inspiration for the 2021 Amy Koppelman film A Mouthful of Air starring Amanda Seyfried, which is now available to stream on Amazon. Pictured: Sarah at the Mouthful of Air premiere in New York City on October 24