Perth-based blogger Constance Hall is one of Australia’s more colourful characters, known and loved by many for her unconventional take on life, love and motherhood.

And while her outspoken approach has made her famous, she showed fans a more vulnerable side when she opened up on the realities of step-parenthood.

Taking to Facebook to share her experience, the mother-of-five admitted: ‘It’s really hard. But what makes it hard, is expecting it to be easy.’

Constance Hall (pictured) is a 35-year-old blogger and author known and loved by many for her unconventional take on life, love and motherhood 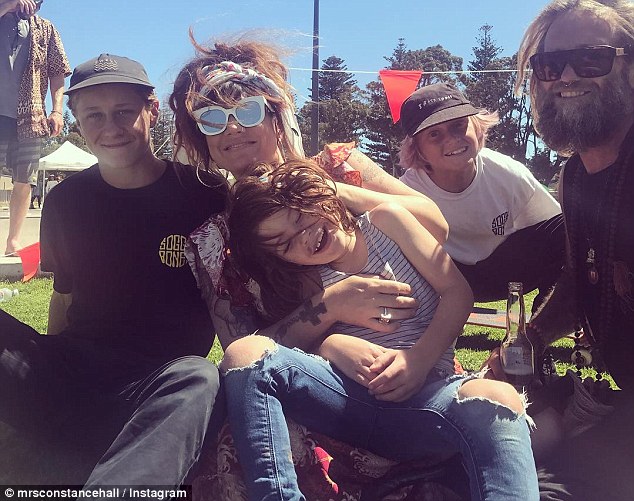 ‘Marrying somebody with children is marrying them all as a team,’ the Perth-based blogger wrote

Constance, 35, who married her partner Denim Cooke in a secret ceremony in January is now step mum to his two teenage sons, Zeyke and Sunny.

‘Marrying somebody with children is marrying them all as a team,’ she said.

‘It’s not committing to parent their children. It’s committing to working towards each persons individual needs as a team a team that we call family.’ 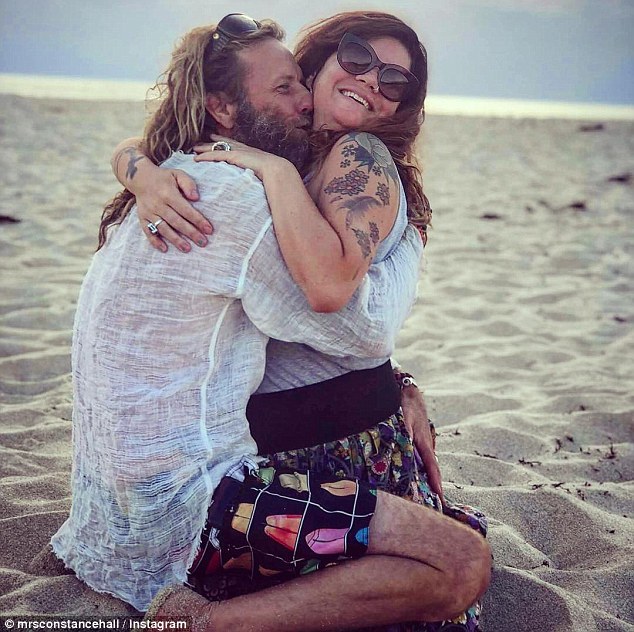 The Like A Queen author and her new husband had a child together in May, a boy they named Raja Wolf.

She also has four children from her previous marriage – Rumi, Snow, Arlo and Billie-Violet.

The family of seven all live together under one roof, and while the blogger said negotiating step-mother was tricky ‘the rewards are exceptional’.

‘That’s a title that belongs to a woman who may not be alive anymore but certainly deserves to take the credit along with their dad for these incredible boys. 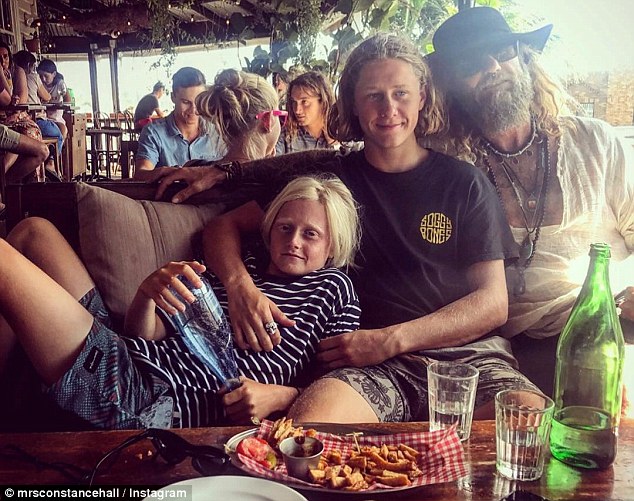 The realities of being a blended family: Her husband (pictured with his sons) has two children, Zeyke and Sunny from his previous marriage 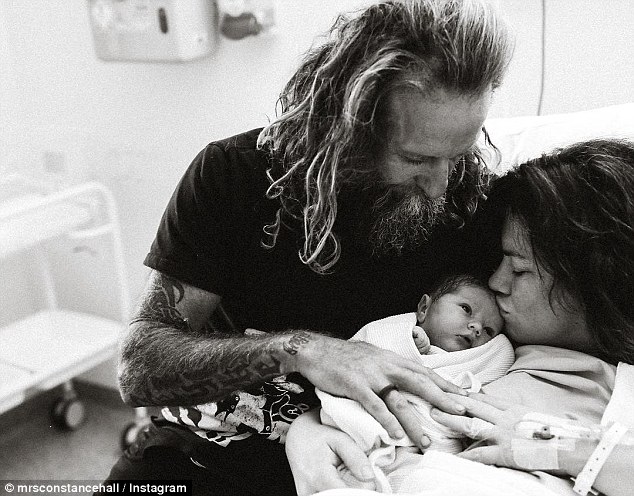 The pair, who welcomed their new son Raja Wolf in May, now live together under one roof as a family of seven 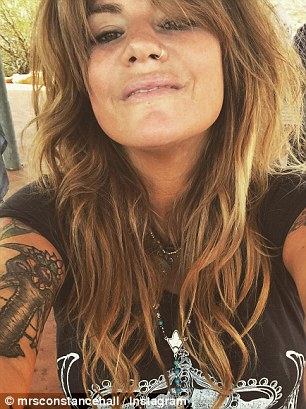 ‘Marrying someone with kids is the best thing I ever did. I highly recommend it,’ she said.

‘But one day they will marry, or have a baby, or land that job or win some world championship skate comp and just like a mother I will be there, sobbing my eyes out with pride,’ she continued.

Although she is still finding her way through, Constance said:  ‘Marrying someone with kids is the best thing I ever did. I highly recommend it.

‘I love these two boys and all I except from them in return is to never forget that,’ she concluded.

At the time of writing her post has been liked by more than 10,000 people with many commenters sharing their own experiencing of step-parenthood.

‘Thank you so much for this Con! One person wrote.

‘I am in this exact position and it is definitely the hardest and best thing I have ever done but I sure as hell love his three kids like a mother… Through highs and lows.’