Almost a million Australians are set to be hit by a mortgage time bomb which could potentially spark a new $295billion housing industry crisis.

A 37 per cent surge in average mortgage monthly repayments is predicted to hit 900,000 borrowers next year.

These are the people who took only interest-only loans five years ago, only to be forced to also pay off the principal as of 2019 as the Sydney and Melbourne housing markets continue to slide.

Finder.com.au’s insights manager Graham Cooke said falling house prices would see many struggling borrowers lumped with negative equity, meaning their loan is worth more than the diminished value of their property.

‘The nation’s love affair with interest-only mortgages is set to come back to haunt with thousands of households likely to struggle to repay what they owe,’ he said.

‘This could be a huge source of financial stress, with a wave of defaults and forced sales expected.’

Borrowers are classified as suffering from mortgage stress when they are spending a third or more of their take-home pay on servicing their home loan. 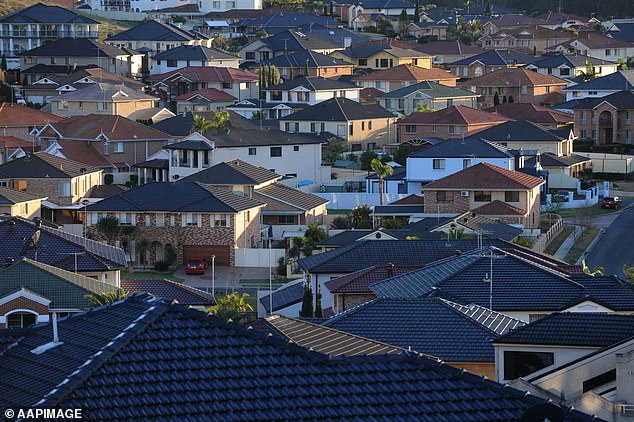 A 37 per cent surge in average mortgage monthly repayments is predicted to hit 900,000 borrowers next year (houses at Cecil Hills in Sydney’s south-west pictured)

With electricity prices and living costs rising, mortgage comparison website finder.com.au feared borrowers in this situation could soon be defaulting on their monthly mortgage repayments.

In the 2014/15 financial year, when homes in Australia’s biggest housing markets were surging in value, 42 percent of mortgages were interest-only loan, with borrowers given five years before they had to start paying down the the principal.

As this five-year interest-only period expires in 2019, finder.com.au feared that 900,000 of these borrowers, with home loans collectively worth $295billion, would struggle to meet mortgage repayments. 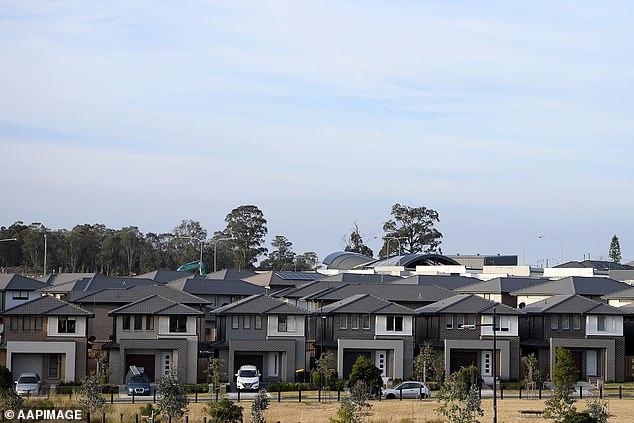 People who, five years ago, took only interest-only loans will be forced to pay off the principal as well in 2019 as the Sydney (pictured) and Melbourne housing markets continue to slide

Graham Cooke said the end of interest-only loan periods next year would see average monthly loan repayments jump from $1,185 to $1,625.

This followed the Australian Prudential Regulation Authority’s crackdown on investor loans, with many of those borrowers previously taking out interest-only loans.