Ten per cent of Australian households are currently accruing fines of $222 a day for not filling out the census – and others could end up paying ten times that amount.

Only a little more than 90 per cent of households have properly completed the form issued by the Australian Bureau of Statistics, since the deadline on October 1.

All those who did not know about the census, did not bother doing it, or provided incomplete information will receive a Notice of Direction demanding a payment of $222 every day until the form is completed.

Residents who deliberately provided false information will be slapped with an additional $2,220 fine.

The 2021 Census marked the 18th time the national survey has been distributed to households.

Every five years, Australians are tasked with filling out the form which takes a snapshot of the country’s population containing questions about age, race, religion, marital status and more.

‘This a great result,’ Dr Gruen said. ‘It’s critically important that everyone participates and well over 90 per cent have already done so.’

‘But no community is too small to count, we want to make sure everyone is represented.’

This year’s survey sparked controversy among the LGBTQI community over its lack of distinction between sex and gender.

The survey asks a question about people’s sex, but not their gender, and even if someone selects ‘non-binary’ they are designated a sex, either male or female.

Campaigners feared it would lead to flawed data that won’t show how many LGBTQI people there are in Australia, with no way of putting if someone is transgender.

Campaigners said that while a person’s sex can be designated at birth, their gender can be different. 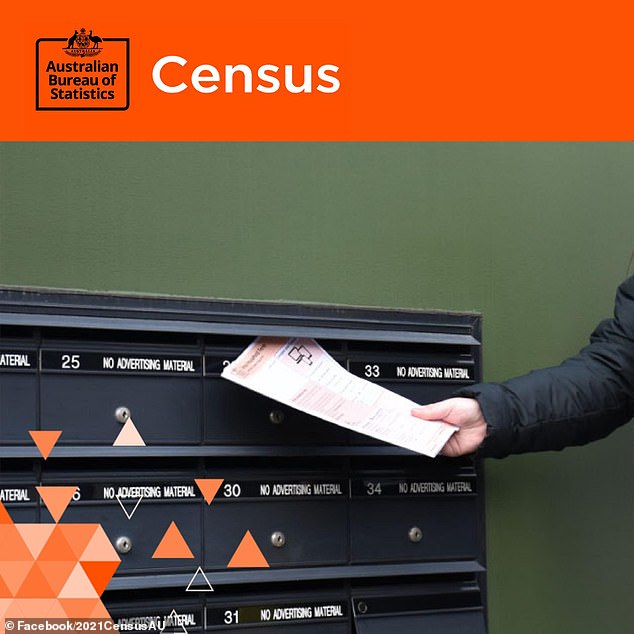 If a person chooses the non-binary option for their sex, there is a drop-down box to add more information.

However the Australian Bureau of Statistics has admitted they are not planning to record this data.

Instead, the ABS will simply randomly assign the respondent as either male or female.

The government department told The Feed that there they deliberately left off a section about gender identity inferring that such questions could result in a flood of immeasurable responses.