Australian children are a YEAR behind kids from the rest of the world at English, math and science

Australian children are a YEAR behind students from the rest of the world at English and math, as a report warns ‘we need to act now’

Students in Australia are falling so far behind in education compared to higher performing nations that it is the equivalent of them missing an entire year of school.

Australia’s global rankings dropped from 4th to 16th in literacy, 7th to 25th in math and 4th to 14th in science, a national literacy report found.

Asian countries dominated the education leader board with Singapore placing first in all three categories, and Hong Kong and Japan a close second.

The results were published in Through Growth to Achievement: Report of the Review to Achieve Educational Excellence in Australian Schools.

‘As a nation, we need to act now to raise our aspirations and make a renewed effort to improve school education outcomes’, the report said.

Literacy and numeracy skills among Australian students are declining so rapidly, the learning loss is equivalent to spending one year less at school compared to higher ranking countries

Dr Bella d’Abrera, the director of Foundations of Western Civilisation Program at the Institute of Public Affairs said ‘other countries are focusing on the fundamentals of literacy and numeracy’.

‘Education in Australia has become about creating a social identity, while education in other countries is about teaching children fundamental skills such as learning how to read, write and add up,’ she said.

‘Australian children are being deprived of a proper education because of ideology. We need to go back to what education is all about.’

But others argue this Asian academic supremacy may come as a cost.

Some kids in primary schools have less time to do outdoor activities than prisoners and about 50 percent of secondary school children even show signs of depression, a Business Times article critiquing Asia’s ‘pressure cooker’ school system said. 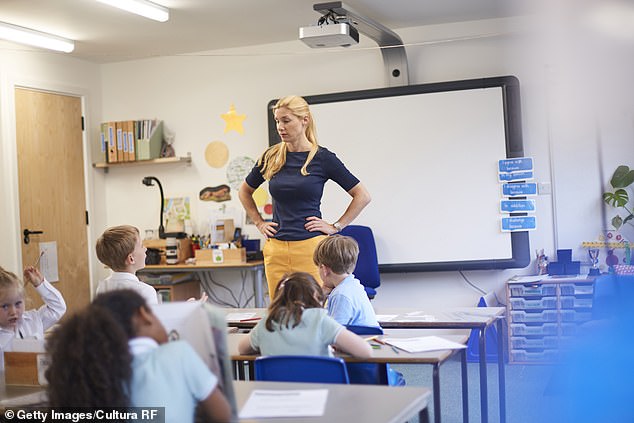 In contrast, other academics have argued that while they might rank poorly in the Three Rs Aussie kids are still achieving the key goals of our education system through social activism

This pressure was also often exasperated by parents who hired tutors and pushed their children to excel academically, said the article.

But it’s not all bad news for Aussie kids.

While the report’s statistics might disappoint academics hoping for better performances, others argue not all hope is lost for future generations.

Charles Sturt University lecturers Kellie Bousfield and Jacquie Tinkler said the social activism may help students meet many of the key goals of our current education system, according to an article published on The Conversation.

Pointing to students involved in recent climate change protests, the lecturers claim that ‘rather than proof of a flawed education system, politically active and engaged students are evidence many aspects of our education system are working well’.

It is important to give  ‘recognition that education is more than a classroom test and more than measurable results, ‘ said the article.

‘This is not to suggest the 3R’s (reading, writing and arithmetic) are not important in education – they are. Rather, it’s an understanding that education and learning is also, and importantly, social, and sometimes immeasurable in nature and practice.’