$100 for a rapid antigen test: Shock report reveals how Aussies are being rorted for RATs – and the biggest culprit is a surprising store

Individual rapid antigen tests are selling for $100 each with substantially more complaints made about pharmacists than any other kind of retailer.

The Australian Competition and Consumer Commission has compiled a list a complaints about price gouging for home testing kits.

When it came to reported rip offs, pharmacists had the most complaints at 879 during the two-and-a-half week period, followed by 283 for supermarkets and convenience stores and 272 for petrol stations.

In some cases, retailers are even refusing to give customers a receipt to hide their price gouging.

‘We are asking those businesses to urgently explain the prices they are charging,’ he said.

The competition regulator has contacted more than 40 test suppliers, major retailers and pharmacy chains demanding details on their pricing.

Since October, the Therapeutic Goods Administration has approved 22 test kits, with 16 of them made in China and only one manufactured in Australia.

The TGA approved its first self-administered rapid antigen test almost a year after their counterparts in the United States and the UK.

Now a backlog in orders, as a result of new Covid testing rules allowing RATs, is creating uncertainty.

‘Given delays in the supply of tests, or test parts, into Australia, delays in distribution due to Covid illness or isolation requirements within workforces and at the retailer level, there is significant difficulty forecasting accurate supply,’ Mr Sims said. 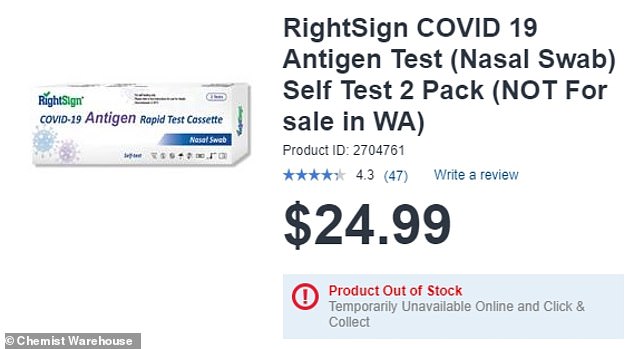 Since October, the Therapeutic Goods Administration has approved 22 test kits, with 16 of them made in China (pictured is a Chinese-made example listed for less than $25) 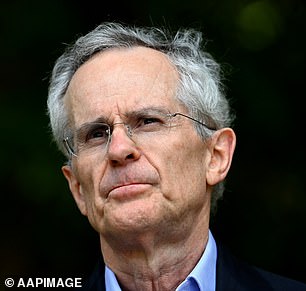 Rapid antigen tests in Australia have quickly sold out at chemists and supermarkets after National Cabinet, on January 5, announced they would be allowed to confirm a positive Covid test.

The measure was designed to people from having to queue up for hours at a Covid testing clinic to get a PCR or polymerase chain reaction test.

On New Year’s Day, Queensland allowed visitors to rely on a negative rapid antigen test result into of a PCR test to gain entry into the state.

But since January 15, neither have been needed.