An Australian dad has abducted his son from a children’s home and fled across Europe with the boy’s mum after their autistic seven-year-old was placed into care.

Martin den Hertog’s non-verbal autism was mistaken as the result of psychological abuse, his parents Conrad and Katya have claimed.

Martin was five years old when he was taken into Dutch state care after a neighbour reported them to Child Protective Services in February 2018.

The couple, 49 and 34, fought a lengthy custody battle, but eventually made the dramatic decision to snatch their son from the children’s home, south of Amsterdam.

They have been on the run and are now in hiding after taking their son from the De Hondsberg Institute on June 24, The Australian reported.

The desperate parents feared their son, whose autism is severe, would spend his life in ‘an institute for the mentally disabled’ after a ‘misunderstanding’. 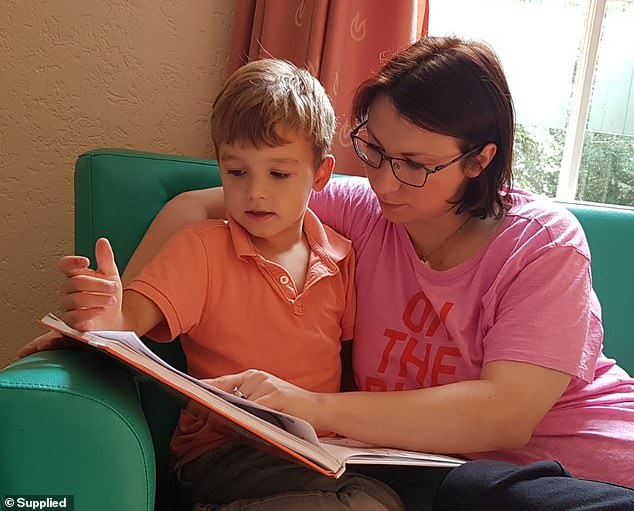 The now seven-year-old (pictured, with Mrs den Hertog) spent the past two years in an institution after authorities mistook symptoms of his autism as signs of abuse, family claim

‘The decision to take Martin was simple when faced with no alternative. He showed us how to escape and we fulfilled his wishes,’ Mr den Hertog said.

The couple had only been allowed to see Martin 13 times since February 2018, and a court dismissed their last effort for the family to be reunited in Australia.

Mr den Hertog, originally from Port Stephens on the NSW mid-north coast, said the family were forced to seek asylum in Poland after losing faith in the Dutch justice system.

The family have now abandoned their businesses, friends and home to start a new life with Martin after what they believe was a terrible misunderstanding.

‘The Dutch CPS revealed their plans in court to lock up Martin in a Dutch institute for mentally handicapped people for the rest of his life, until he dies as an old man, despite the fact he’s only ever being diagnosed with autism,’ he explained.

Mr den Hertog said Polish police were searching for them under a European arrest warrant, but his lawyers had arranged preliminary agreement for an asylum meeting.

The father-of-one said the couple spent weeks planning Martin’s abduction before taking him during an unsupervised visit at the De Hondsberg Institute.

‘What really motivated us was Martin expressing his desire to escape from the Dutch institution with us during family visits, by repeatedly running out of the property through an escape route he had found himself and beckoning us to follow,’ he explained. 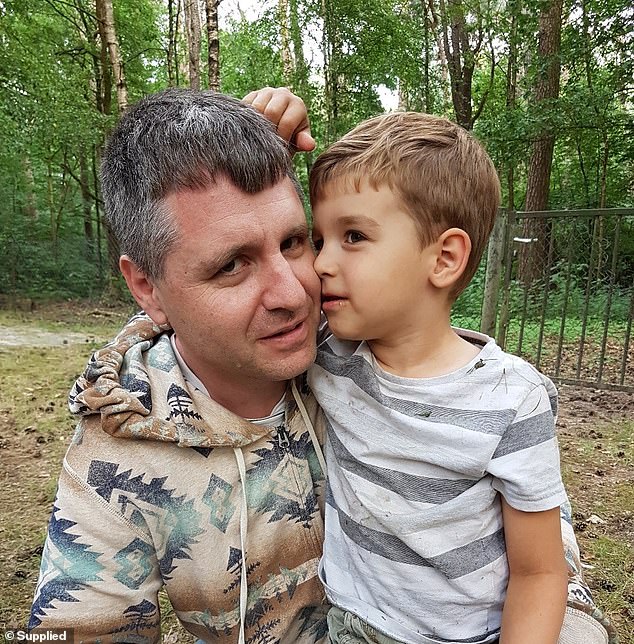 Mr den Hertog said the couple took Martin (pictured, together) from the De Hondsberg Institute, south of Amsterdam, on June 24 and fled to Poland

Mr den Hertog, who relocated to the Netherlands in 2002, said they followed Martin’s escape route and had driven to Poland before police even raised the alarm.

The couple were initially reported to police for keeping Martin, who was not yet been diagnosed as autistic, in a room with closed curtains – a cultural faux pas in the Netherlands interpreted as a sign of abuse.

Five police officers, a judge, and social workers stormed into the family’s Amsterdam home in the middle of the night and wrenched him away from his parents.

Authorities noticed that he had a development delay and presumed it had been caused by neglect or abuse.

Despite several experts identifying autism as the cause, Mr den Hertog said the CPS refuse to confirm their opinion in a bid to avoid embarrassment.

The family have not revealed their current whereabouts but confirmed that Martin was happy and healthy.

A Polish police spokesman said authorities were investigating the den Hertogs’ situation but could not provide details.

The Aust­ralian Department of Foreign ­Affairs and Trade have also said they were unable to discuss the case for privacy reasons. 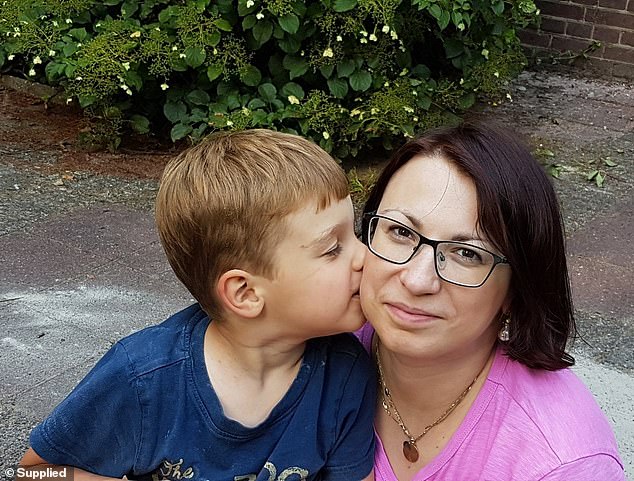