A legendary Australian cricketer has slammed retired English players who have spoken out against the ‘ball-tampering trio’ as hypocrites.

Ian Chappell, who scored 5,000 Test runs and captained Australia in the 1970s, says retired English stars who have stuck the boot into the Aussies have ‘short memories’.

‘People have a tendency to forget what they did when they were playing,’ the Aussie said. 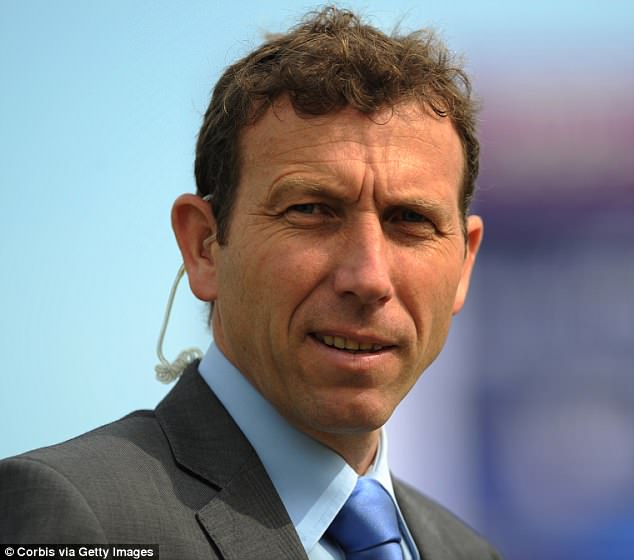 Despite himself being convicted of ball-tampering in 1994, Mike Atherton (pictured) said it was a ‘slightly different’ incident involving Steve Smith, Dave Warner and Cam Bancroft this week 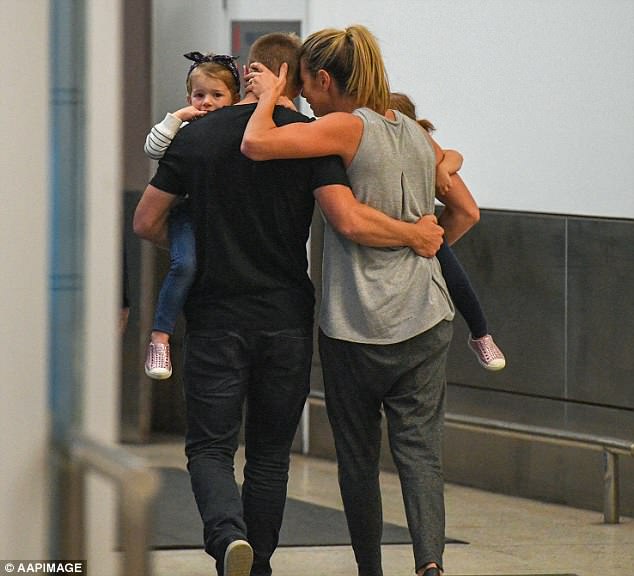 A tearful Warner was the last of the trio to arrive back in Australia last night, comforted by wife Candice (pictured)

‘I think what makes this more of a problem… is that this is rather premeditated effort and then getting the young kid, Cameron Bancroft, to do it,’ he said on Sky Sports.

In his own incident in 1994, Atherton was caught rubbing dirt he carried in his pocket on one side of the ball in an attempt to rough it up. He was fined $3700.

‘There is a lot of hypocrisy flying around about this at the moment,’ Chappell said.

‘It’s on their conscience, they have got to live with what they say.’

Atherton’s comments were followed by a series of Twitter posts from another former England captain, Michael Vaughan.

Vaughan was accused of condoning ‘personal abuse’ towards Australia’s cricketers and their families, in particular Dave and Candice Warner.

‘It’s making me chuckle the Aussies are making an official complaint about the personal abuse they are receiving,’ Vaughan wrote.

To which an angry Mrs Warner replied: ‘I’m glad it’s making you laugh… Wow so you would approve of the same treatment to your wife and 3 kids??’

Vaughan did not back down days after his tweets blatantly stating that he was ‘pretty sure’ Australia had cheated during The Ashes. 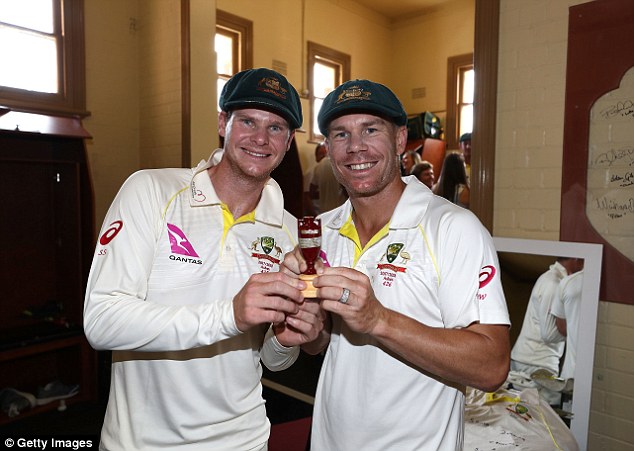 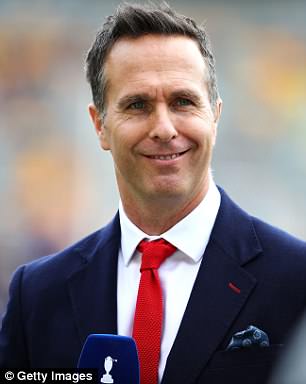 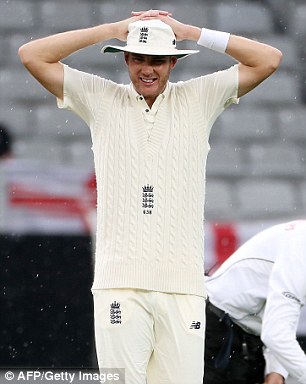 ‘I look at the amount of tape some of the fielders have worn, particularly during the Ashes series at mid-on and mid-off,’ Vaughan said.

‘You don’t have to name names, they know who they are.’

Current English players including controversial bowler Stuart Broad also hinted that they were suspicious of Australia’s tactics during the recent Ashes series.

‘If you look at the Ashes series we’ve just played, they reverse-swung the ball in nearly all of those Test matches, sometimes in conditions where you wouldn’t expect the ball to reverse,’ he said.

‘I don’t understand why they have changed their method for this one game.’ 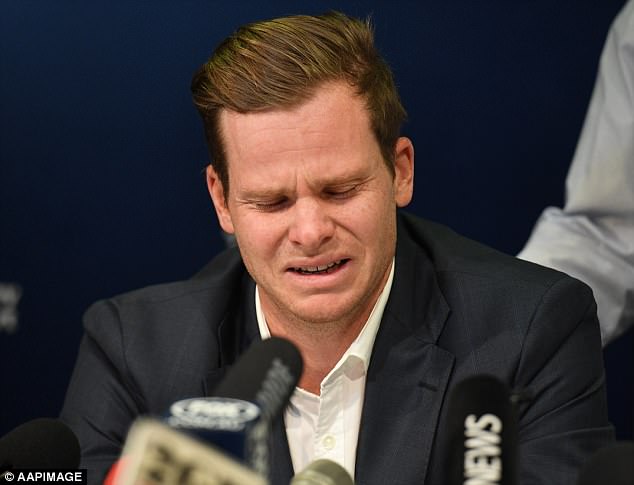