Do you want to come back from the dead? Australian firm promises customers a second shot at life for $150,000 – by FREEZING their corpses to-196C until science can revive them

An Aussie company is offering the rich a chance to come back from the dead with the country’s first cryogenic freezer to hold corpses until science can revive them.

Southern Cryonics have set up a hi-tec facility in rural Holbrook, NSW, 500km south-west of the firm’s Sydney HQ.

Participants will need to fork out a whopping $150,000 to be encased in liquid nitrogen at temperatures close to -200C in the steel chambers.

Interiors of chambers where bodies are incased (pictured in a U.S. facility) head first, feet up, get down to a frosty -196C 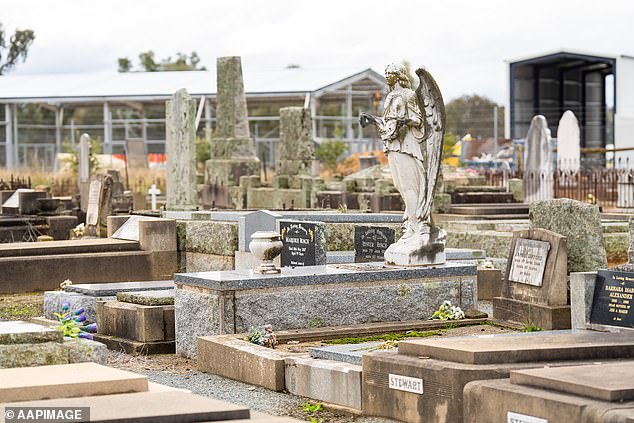 Their bodies will be submerged head first, feet up so the brain has the best chance of survival if the chamber happens to leak.

The not-for-profit organisation already has 40 spaces – with most reserved for its founders – to be filled in stage one of their project, but plans to add 600 more spots once additional warehouses are built.

Cryonics is the practice of preserving human bodies in extremely cold temperatures inside chambers – with the expectation medical technology in the future will be able to bring them back to life.

It promotes the idea that death is a gradual process and can be reversed if a dead body is frozen quickly enough. 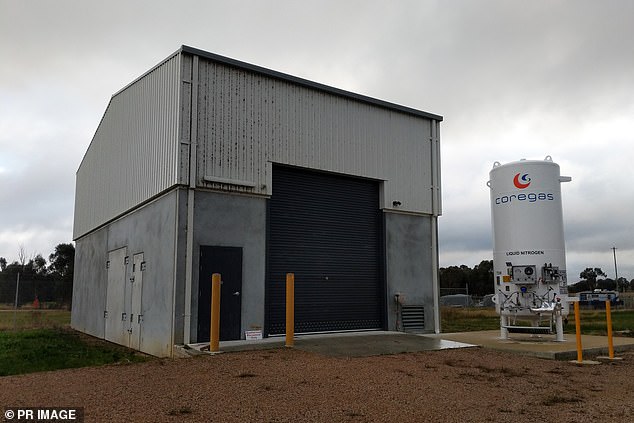 The Holbrook facility (pictured) in NSW has 40 spots, most of them reserved for founders of Aussie firm Southern Cryonics 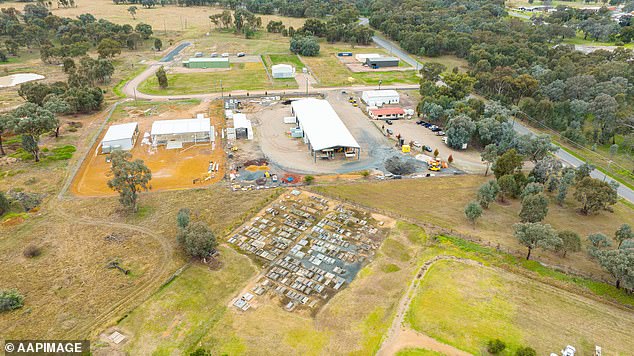 As soon as certain medical advancements are made in the future, participants may be able to be resuscitated, insists the Southern Cryonics website.

It hopes future medical technology will be able to repair the accumulated damage of ageing and disease at molecular level and restore the patient to health.

Yet there are no guarantees or refunds for those wishing to take the chance of extending their life with this project.

Previous participants lucked out in the late 1970s when the Cryonics Society of California president Robert Nelson walked away from a facility after funds ran out.

Nine bodies, which should have been preserved, were left to decompose, with families later filing a successful lawsuit against Mr Nelson.

The idea of a life able to be revived after being frozen for a length of time has largely been relegated to science fiction in scientific circles.

Dennis Kowalski, the president of the Cryonics Institute in the U.S. told Discover Magazine there are three challenges for future technology advancements to overcome.

Repairing the damage done by freezing, curing whatever ailment that killed the subject and reversing the ageing process will all be required so the person has a healthy body to enjoy their second chance at life.

Shannon Tessier, a cryobiologist at the Massachusetts General Hospital in the U.S. said the freezing process alone is a permanent death sentence.

‘There is absolutely no current way, no proven scientific way, to actually freeze a whole human down to that temperature without completely destroying — and I mean obliterating — the tissue,’ Ms Tessier said.

The Southern Cryonics facility (pictured is an architect’s rendering) in NSW,  500km south west of Sydney, could grow to accomodate 600 more customers in years to come

Immediately after someone is pronounced legally dead, an emergency response team from the facility will spring into action

The team stabilises the body, supplying the brain with enough oxygen and blood to preserve minimal function until they can be transported to the suspension facility

Once at the facility, water is removed from the cells and replaced with a glycerol-based antifreeze chemical mixture called cryoprotectant.