Former Australian netball coach Lisa Alexander has stressed the importance of not panicking and ‘throwing their toys out of the cot’ ahead of the highly anticipated semi-final against England at the Commonwealth Games.

The Diamonds will take to the court from 11.30pm (AEST) on Saturday to face the unbeaten hosts with plenty on the line.

The two goal loss to Jamaica in the group stages this week shocked many in netball circles, and the Aussie coach from 2011 to 2020 said collective belief is key.

‘Australia just needs to settle down. Now is not the time to throw the toys out of the cot. Teams have won tournaments despite having a loss,’ she told News Corp. 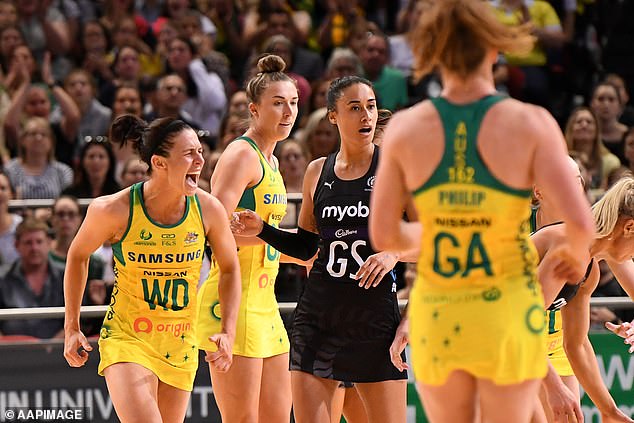 A win will see the Diamonds progress to a gold medal match against either New Zealand or Jamaica, a loss will see them play off for a bronze medal (pictured, wing defence star Ash Brazill)

‘The Diamonds need to set themselves for the game of their life.  It is not the time for negativity.’

She also felt Paige Hadley was worth playing – even for a quarter – as the key centre battles a calf injury.

Opponents England are strong all over the court, with shooter Ellie Cardwell the chief danger due to her accuracy.

Bueta is also primed to respond for the Diamonds after an uncharacteristic poor showing versus Jamaica.

Alexander feels she has ‘really grown as an athlete and as a person’ and that the mother of one ‘loves the contest.’ 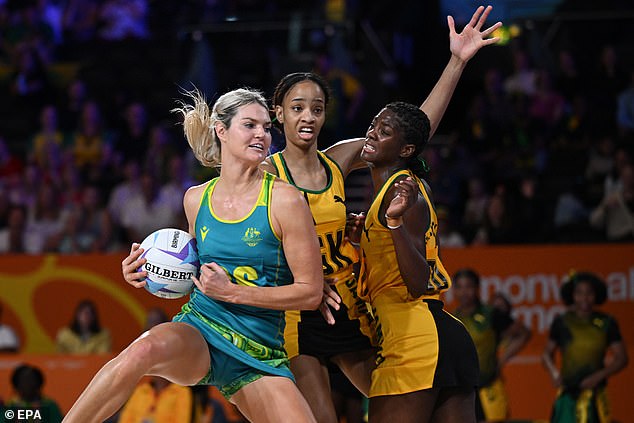 The Diamonds squandered a six-goal lead against the Jamaica and will look to respond versus England (pictured, goal shooter Gretel Bueta) 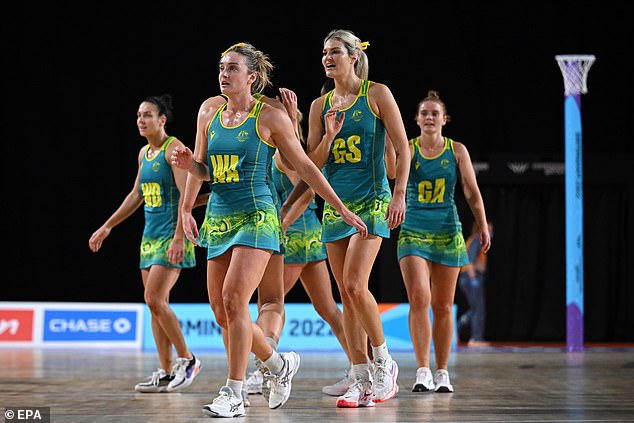 ‘I think we let ourselves down with some execution in that last quarter.

‘We were up by six goals. We probably should have been able to run that one out, but when they have weapons like they do in their defensive end and their attacking end you never really have it – it (momentum) can change so quickly.’

Australia’s quest for gold versus England will be staged at the National Exhibition Centre (NEC) from 11.30pm (AEST) live on Channel 7 on Saturday.