Australian could fall into a recession for the first time in 28 years if China stops buying Australian coal, a leading economist fears.

A plunge in Sydney and Melbourne house prices is already threatening economic growth and now the communist superpower is threatening to stop spending $22billion a year on Australian coal.

China, which also spends $10billion a year sending international students to Australia, has hinted a trade war in retaliation at Huawei being banned from installing the next-generation 5G mobile phone network and the National Broadband Network, over spying fears.

It has expressed its displeasure by banning Australia coal from entering a major port, with the news continuing to send shock waves through financial markets on Friday.

China is Australia’s biggest trading partner and a major buyer of coal from Queensland’s Galilee Basin and the New South Wales Hunter Valley.

It bought a third of Australia’s $66.4billion coal exports in 2018, with a Chinese boycott of Australian coal a $22billion threat to the economy.

China is also the biggest consumer of Australian education, with one-third of that $30.8billion demand in dollar terms funded by Chinese international students. 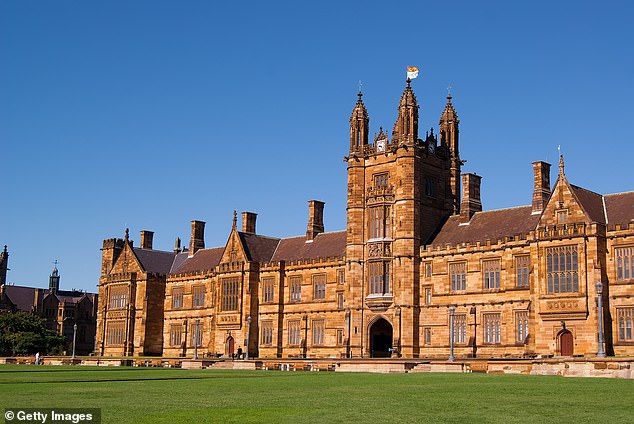 China, which also spends $10billion a year sending international students to Australia, has hinted a trade war in retaliation at Huawei being banned from installing the 5G mobile network

The Australian dollar lost a percentage point on Friday morning, dropping down to 70.86 US cents, after Reuters revealed China’s northern port of Dalian had banned imports of Australian coal.

Along with the ban, customs at Dalian will cap overall imports for 2019 through its harbours at 12 million tonnes, an official at Dalian Port Group told Reuters on Thursday.

The indefinite ban on imports from Australia, effective since the start of February, comes as major ports elsewhere in China prolong clearing times for Australian coal to at least 40 days.

AMP Capital chief economist Shane Oliver said a Chinese ban on Australian coal could have devastating consequences if house prices continued to plunge in Sydney and Melbourne and there was an international financial calamity. 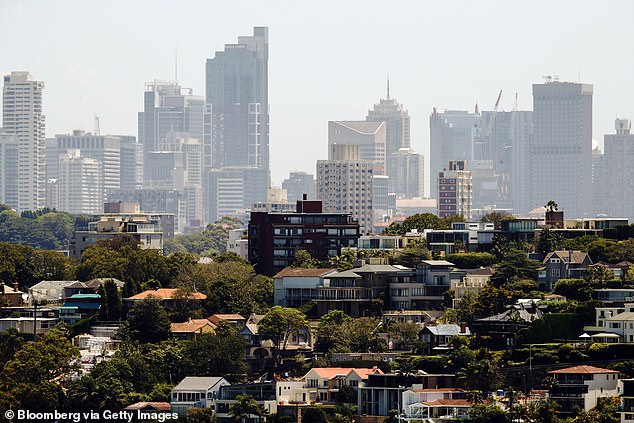 ‘If there’s a double whammy shock: suppose you have a housing slump and then a little way into that you get a slump in the global economy, or China hits our export earnings, then it would tip over into recession,’ he told Daily Mail Australia on Friday.

‘If anything goes wrong with it, then that’s a major problem for Australia ,’ he said, adding a Chinese ban on exports would wipe 0.7 percentage points off Australia’s gross domestic product.

Australia is already suffering from its worst housing downturn on record, with Sydney’s median house price plummeting by 13.7 per cent since peaking in July 2017.

Equivalent apartment values have already fallen by 9.2 per cent. 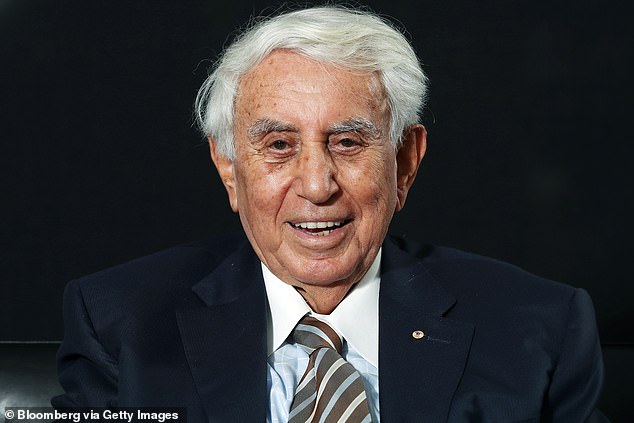 Billionaire property developer Harry Triguboff has issued a warning about the property sector being too reliant on Chinese buyers.

Australia’s second richest man, worth an estimated $12.8billion, who founded the Meriton apartments group in 1963 said developers needed to stop relying on Chinese off-the-plan buyers to prop up its residential projects.

‘We depend too much on Chinese purchasers,’ Mr Triguboff told Sydney real estate agents last week, in a letter seen by The Daily Telegraph.

‘Foreigners must only be an additional bonus.

‘I don’t want us to also depend on high-priced foreign lenders to provide the finance instead of our banks.

‘We must stand on our own two feet.’

Australia relied on coal exports to emerge from the global financial crisis a decade ago.

Coal exports to China have continued to underpin Australia’s prosperity. 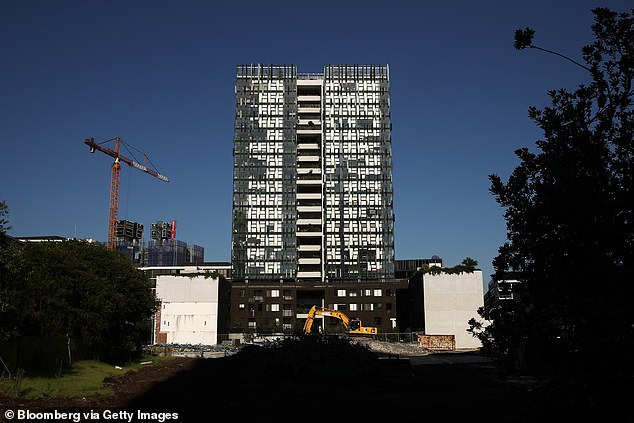 In December, coal was Australia’s biggest export, with $5.62billion worth of the commodity sent overseas.

The goods made up 19 per cent of the value of all goods shipped out of Australia.

China is also Australia’s biggest two-way trading partner, and accounted for 24 per cent of total trade in 2017 as part of a $183billion-a-year trade relationship.

In 2017, Australia’s education exports were worth $30.8billion, with demand from Chinese international students worth 32.5 per cent of that.

Trade Minister Simon Birmingham was hopeful China would continue to honour a free-trade agreement with Australia, following the report of the coal blockade.

‘I’m aware of unconfirmed and unsourced media reports and have asked our ambassador in Beijing to urgently clarify their veracity,’ he said in a statement on Friday.

Reserve Bank governor Philip Lowe was not expecting the Australian economy to be derailed as China blocked two months’ worth of coal exports.

‘It’s entirely possible that if it cannot enter China, it can go to other markets…we’ll find another market, perhaps at a lower price,’ he told a parliamentary hearing in Sydney on Friday.

‘If that’s all we’re talking about, the blocking of a couple of months of coal exports, then that’s not going to derail the Australian economy.’