David Prior’s (pictured) company Bladnoch Distillery has landed a deal with American retailer Walmart, which will see Pure Scot stocked in Walmart stores in Florida and California from June

As a child, entrepreneur David Prior dreamed of being a forklift driver.

‘My parents had a plastics packaging factory when I was growing up,’ he said.

‘I used to drive on the forklifts – back in the days where you could just do that – and I thought it was the best job ever.’

This week, he announced a multi-million dollar deal with Walmart, which will see his whiskey, Pure Scot, sold in 60 stores in Florida and California from June.

Mr Prior purchased the Bladnoch distillery, which was bankrupt and had not produced a whisky in several years, in 2015 after selling his organic yoghurt business, Five:am, for $80million.

He revamped the distillery, and its product, and launched Pure Scot single malt in Melbourne that same year. It was quickly rolled out to 24 more countries before catching the attention of the supermarket giant.

Whisky has seen a resurgence in recent years, Mr Prior said, and a lot of the renewed interest has come on the back of ‘cocktail culture’.

However, he said to see the business flourish they have to pick where the whisky is stocked.

‘To ensure success I think it’s about picking those top markets.’

The ‘king markets’ are Australia, the United States and Russia, he said.

Pure Scot will be stocked in 60 stores across Florida and California with the intention of expanding to other states in the future.

The success of the deal will depend on how the product sells, Mr Prior said.

The Walmart deal has been one of the biggest the company has managed to land thus far, however Australia’s Dan Murphy’s is currently the company’s biggest stockist.

‘I think Walmart gives us the opportunity to position ourselves as a premium bottled whisky.’ 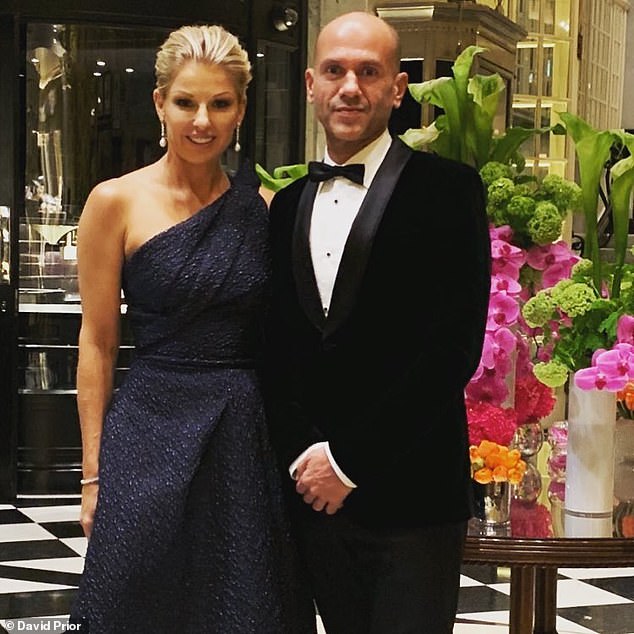 Mr Prior said he expected America to eventually become the company’s biggest market.

Now a heavy hitter in the business world and worth millions of dollars, the entrepreneur still looks fondly on his working class upbringing, and says while his forklift dream never took off, his family of manufacturers prepared him well for life as a CEO.

‘I sort of strayed a bit [from the family business] but I stayed in that manufacturing frame of mind – the school of thinking to go and create something, instead of speculate,’ he said.

Mr Prior credits his parents for his natural determination to make things work. He said the couple came over from India and were able to create their own business from nothing.

‘That start in life, I was so lucky to have a business family.’

Mr Prior owned a business with his father before the pair sold up. Stepping out on his own for the first time, the Melbourne entrepreneur said he felt lost until finally deciding on launching a line of organic yoghurts. 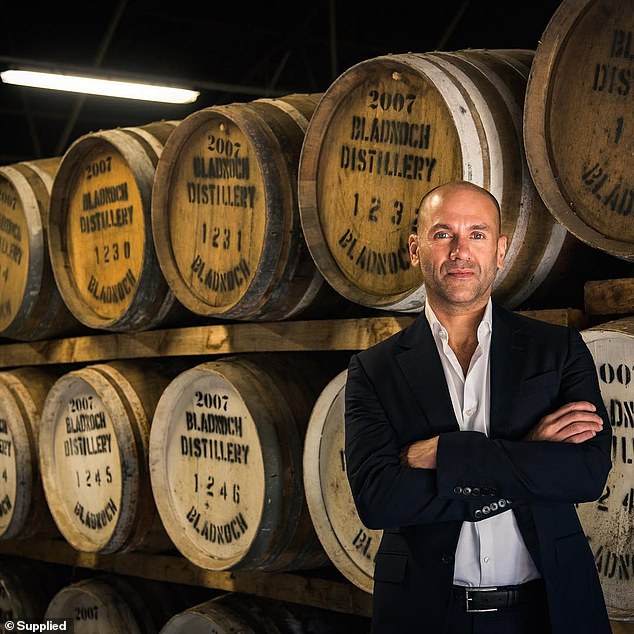 The Melbourne entrepreneur said he had decided to get into whisky before he sold his organic yoghurt business, Five:am, because he did not want to feel aimless and lost 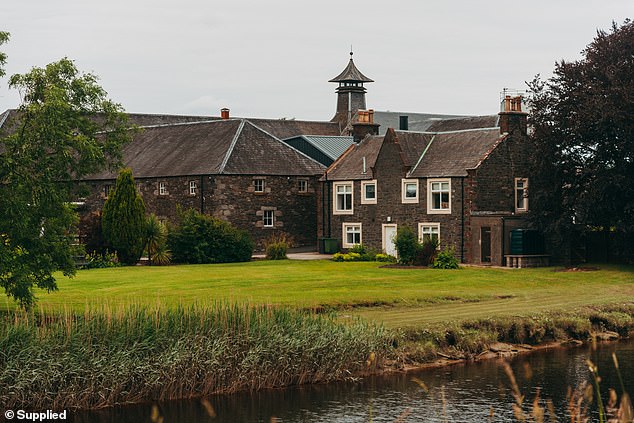 Mr Prior bought a 200-year-old distillery in in south west Scotland (pictured) in early 2015. At the time, the distillery was bankrupt and hadn’t produced anything in several years

He and his wife had mortgaged their house and owed millions to the bank before Five:am yoghurt took off – but he says it’s a risk he had to take.

‘In business, the chances are you’re going to fail, but it’s being willing to take that risk,’ he said.

‘Everyone thought I was insane with Five:am – I had no background in food and everyone said: “What are you doing? You’re going to fail”, and after a while even I was like: “S*** I’m going to fail”.’

Remembering the horrible feeling of being directionless from the last time he sold a business, Mr Prior said he had identified his next project – the distillery – before the sale went through.

And while he is enjoying his quarterly visits to the stunning Scotland distillery, he won’t be drawn on whether he will stick around or move on to a new market.

‘I absolutely love it, I get the biggest thrill going to our distillery – but I might get bored and want to go surfing forever,’ he joked. 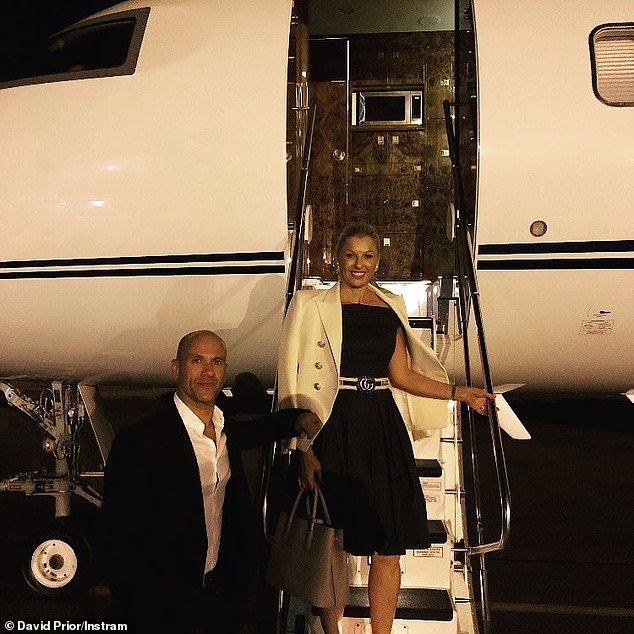 ‘You sort of have to believe in yourself,’ he said. ‘Most ideas you have, people will say that it’s ridiculous, other people are doing it better, etc.

‘People might say it because they care for you, but 99 per cent of the reactions you get [when you decide to start a business] will be negative.’

Mr Prior said he was laughed at when he decided to launch Five:am.

‘Everyone thought I was insane with Five:am – I had no background in food and everyone said: “What are you doing? You’re going to fail”, and after a while even I was like: “S*** I’m going to fail”.’

Mr Prior said when he launched Five:am, he and his wife had mortgaged their home and owed millions to the bank.

‘In business, the chances are you’re going to fail, but it’s being willing to take that risk,’ he said. 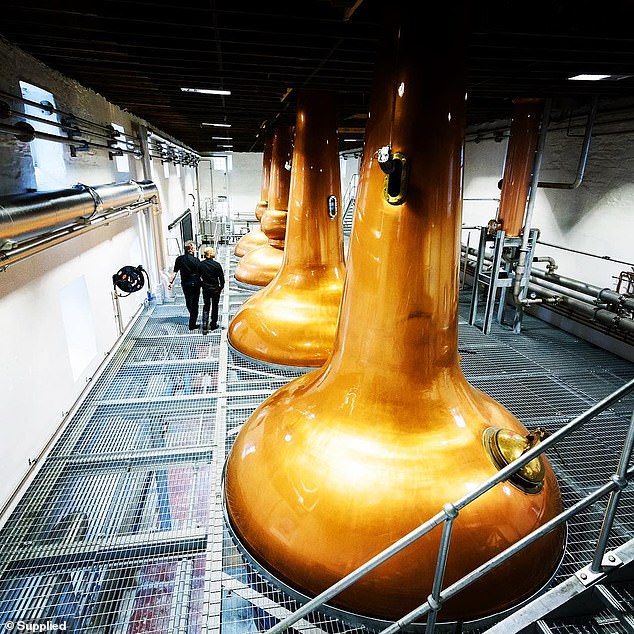 The businessman said he gets a thrill from visiting the distillery (pictured), but would not be drawn on what his plans for the future were