What a gem! Australian farm makes rare discovery as it uncovers TEN PEARLS inside a single oyster shell

A rare discovery of 10 pearls inside a single oyster shell has been uncovered at one of Australia’s oldest pearl farms, making it potentially a once-in-a-lifetime discovery.

Third generation pearl farmer James Brown and his family have been pearling at Cygnet Bay in West Kimberley, in the northern region of Western Australia, for more than 60 years.

Mr Brown was shocked to have discovered the unique shell this week and said natural pearls only form in one in every five thousand to ten thousand Pinctada Maxima pearl oyster shells.

A Pinctada Maxima is a species of pearl oyster, either white-lipped or gold-lipped, and is the largest and rarest of all pearly oysters.

‘I’ve operated on hundreds and thousands of shells myself and I’ve never seen anything like this,’ he said.

‘You’ve also got to remember when we do culture pearls in this species we only get one at a time, and it takes two years, and you might get only 70 to 80 per cent success.’ 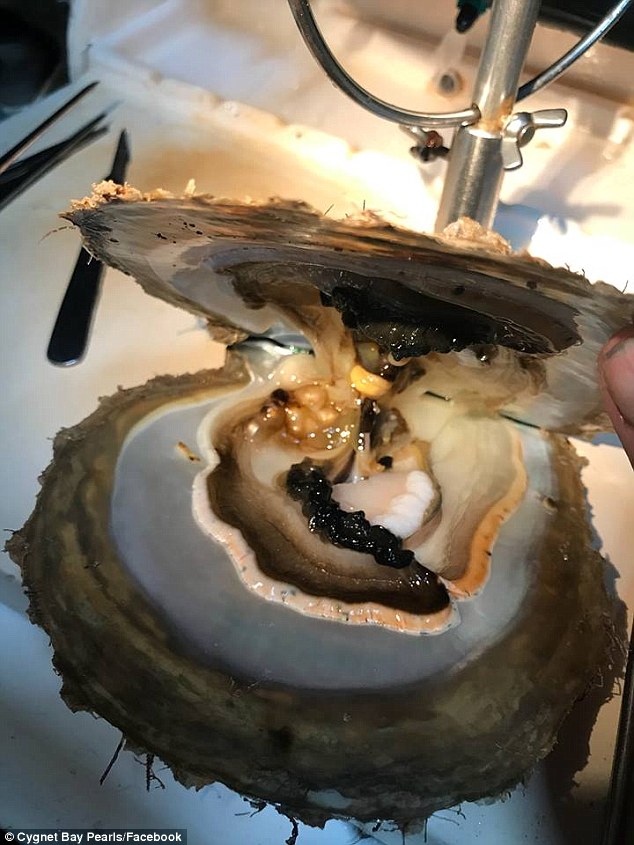 The Pinctada Maxima is the largest and rarest pearl oyster species in the world.

It is believed that the Brown family have been offered up to $1million for the gem, but it has never been sold.

The pearl farm has a history of holding onto their most valuable pearls. 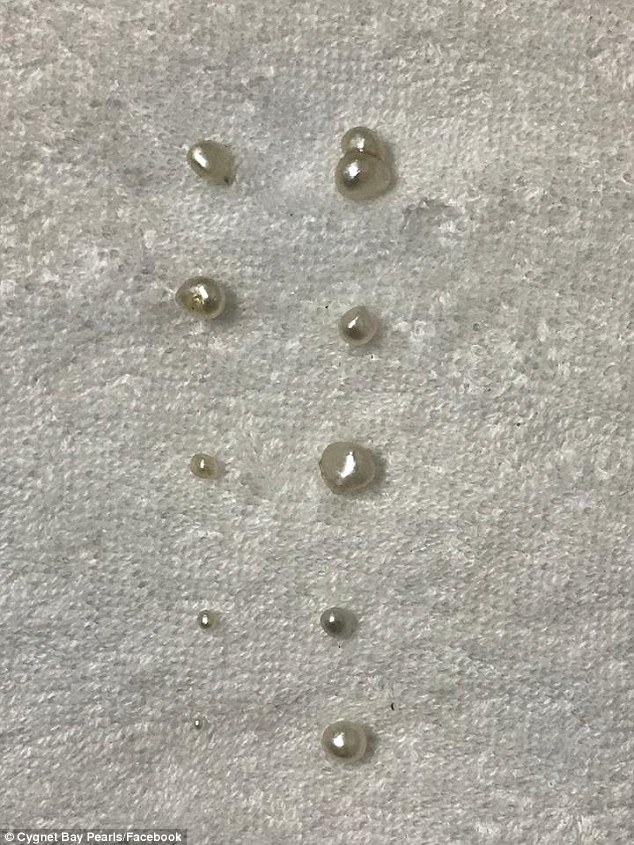 The discovery of these ten pearls are showcased at the Cygnet Bay Pearl Farm in WA.

The priceless pearl finds its permanent home in Broome.