An Australian father is on the run with his 15-month-old son after allegedly taking his young child from his ex-partner’s home.

Alistair Larmour, who is originally from Melbourne but now living in Bali, is accused of invading his estranged partner Agnieszka Krzysztofowicz’s home in the middle of the night on Sunday.

He claims he has not been able to see his son, Andrew, for nearly a year and taking him was the ‘only option’ saying he just ‘wants to be a father’.

Alistair Larmour claims he has not been able to see his son, Andrew, for nearly a year and taking him was the ‘only option’ 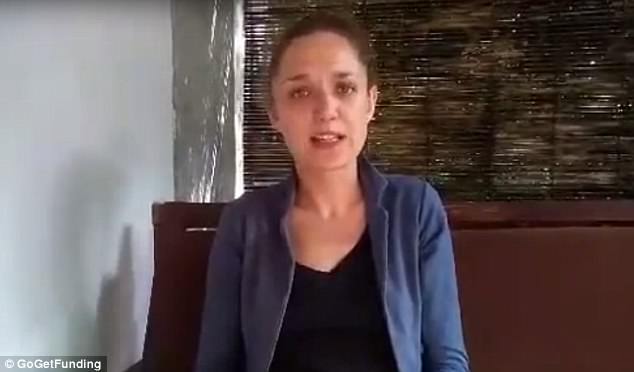 Ms Krzysztofowicz, known as Anges, says she is distraught and desperate for her son to come home after the raid at her home near Ubud in central Bali.

She has made extensive appeals on social media while also allegedly reporting the incident to Polish police, which are reported to be investigating alongside Australian and Indonesian authorities.

Mr Larmour, who lived in Perth before moving to Indonesia, claims he had to take the drastic action to get his ex-partner to discuss shared custody after they split in June.

The self-employed spiritual healer and meditation instructor broke down in tears in a video he posted to Facebook on Thursday with his son in his arms. 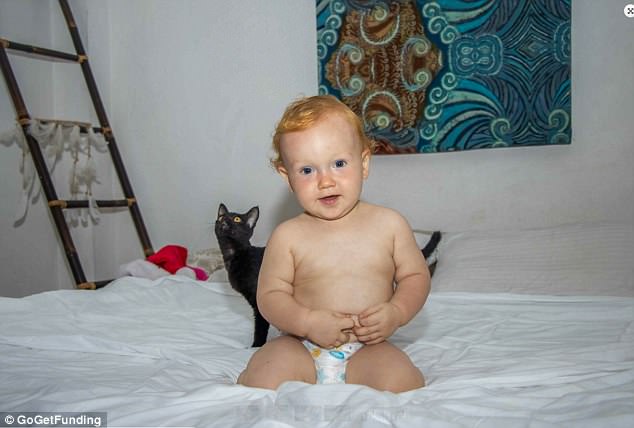 Mr Larmour, who lived in Perth before moving to Indonesia, claims he had to take the drastic action to get his ex-partner to discuss shared custody with their son (pictured)

‘I haven’t seen Andrew in 10 months and I’ve been trying to come to an agreement with visitation rights,’ he said.

‘Every single attempt at communication [with Agnes] has been thwarted and she’s blocked me on every form of media.

‘Finally, we’re at the negotiation table and a custody agreement.’

He added in the video he was posting to ‘allay some fears’ that his son is ‘happy and healthy’ before breaking down in tears. 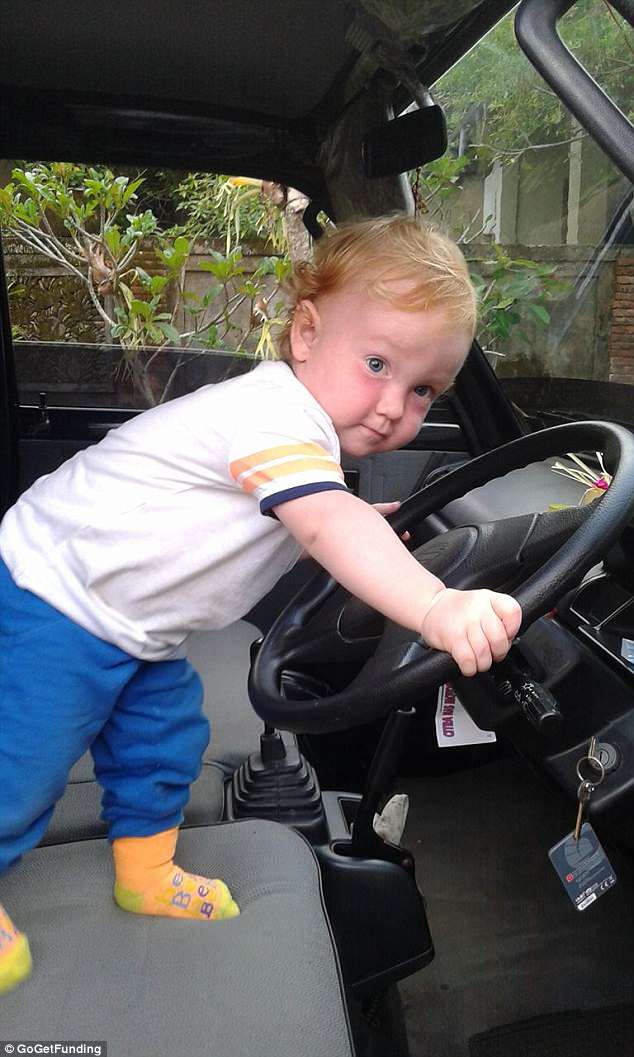 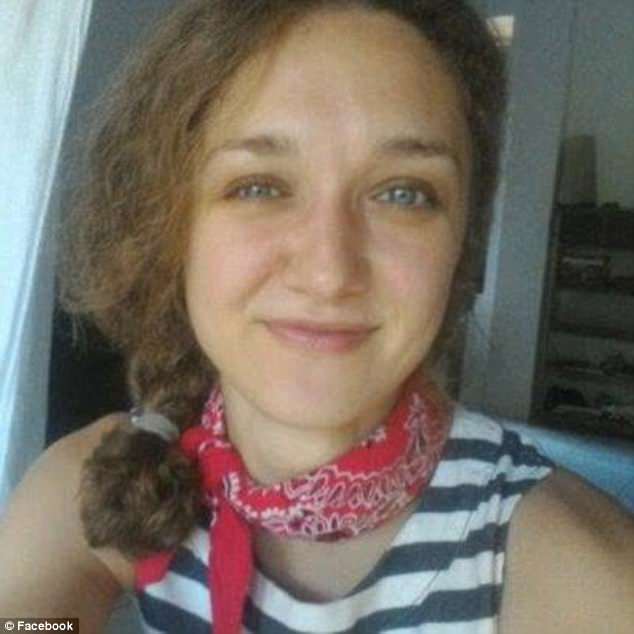 Ms Krzysztofowicz, known as Anges, says she is distraught and desperate for her son to come home

‘I feel really cornered and this was the only option left to me.

Ms Krzysztofowicz claims she was held while another man helped Mr Larmour escape with his son at around midnight on Sunday night.

‘In seconds they were gone and I was chasing the car and not much could be done. That’s why I’m making these posts to get Andrew home,’ she said in a Facebook post. The mother, who is a Polish citizen, pleaded with people to help her get her son home as she tries to press a legal case in Poland.

‘Any court would tell you this small boy at this age should be with his mother,’ Ms Krzysztofowicz said.

‘If you see Andrew help him to get back to his home as soon as possible.’ 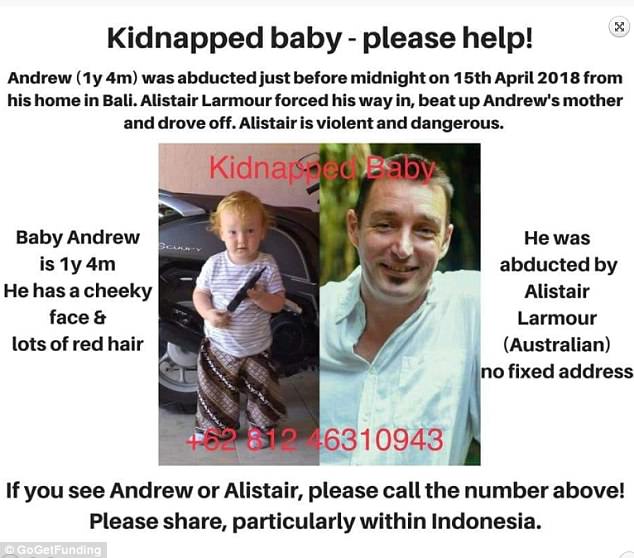 Mr Larmour said he had spent three months trying to get legal support in Indonesia but ‘to no effect’.

But Ms Krzysztofowicz has argued she believes her son’s father is ‘incapable of taking care’ of their son.

She has hired child recovery expert Col Chapman and Indonesian border authorities have been alerted, The West Australian reports.

The publication also reports Ms Krzysztofowicz saying Andrew was suffering with a fever and chicken pox when he was taken.

On his website, Mr Larmour explains how his life has been ‘fundamentally shaped’ by ongoing battles with ‘schizophrenia and alcoholism’ and was homeless aged 25.

He says he has been sober for more than 10 years and previously served as secretary of the Western Australia board of Alcoholics Anonymous.