A Sydney-based personal trainer who regularly flaunts her rock-hard abs on Instagram says eating more is the key to a better body.

Sophie Allen, 29, is one of Australia’s leading fitness bloggers and recently she shared a side-by-side snap of herself taken a year apart.

While there is only .9 of a kilogram difference between the two photos, Sophie explained the photo of herself eating less revealed not only was there virtually no difference in her weight, she was also far from healthy.

‘On the left I was over-training, my recovery was poor, I had low NEAT, my hormones were messed up and I was weak and skinny,’ she wrote.

Sophie Allen (pictured left and right) said while she was eating nearly 500 calories less in the image on the left there was only .9 of a kilogram difference in her body weight 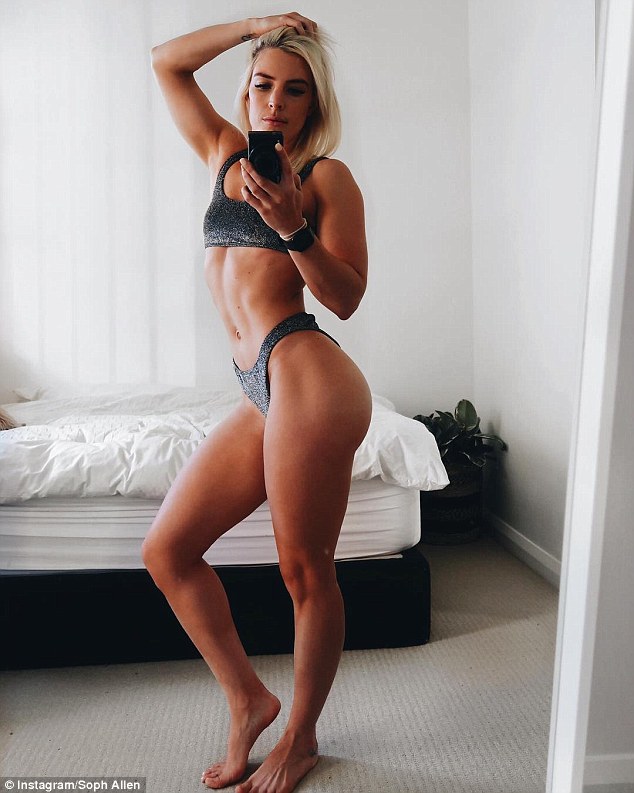 The simple four-letter word is also an acronym for non-exercise activity thermogenesis.

N.E.A.T activities would be walking to work, doing the dishes, taking the stairs

In order to illustrate this, she said the photo taken a year ago showed how she looked ‘from eating F all calories for an extended period of time, losing my period, getting bad skin and f******my hormones up.’

In comparison, the photo on the right revealed her physique after increasing her calorie intake and pushing her metabolism to work harder.

The health advocate said this allowed her to ‘drop into a small deficit, to reduce body fat and build lean muscle at the same time’. 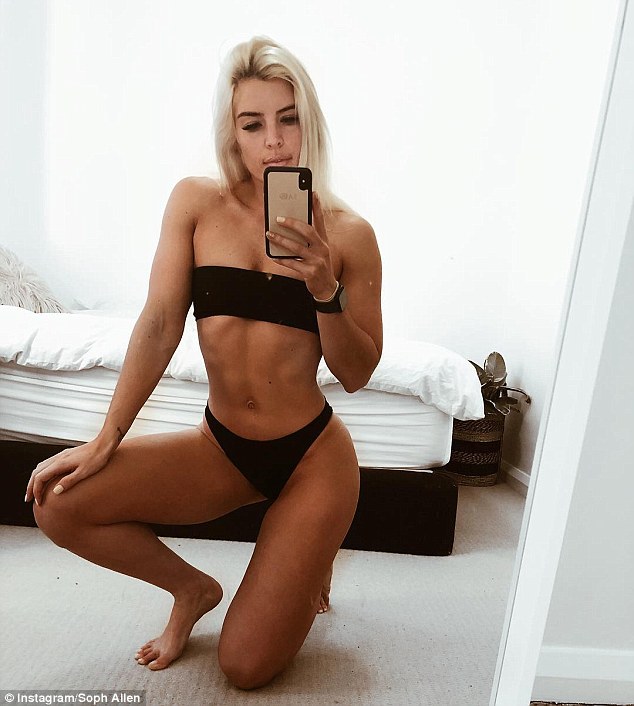 The 29-year-old believes eating more food, not less, is the key to a better body

Tackling the issue of diet head-on, Sophie said ‘people are scared to eat more’ but if done the right way it is possible to eat more and lose weight.

‘I know which I’d prefer, which ultimately means which plan I’m more likely to stick to,’ she concluded the post. 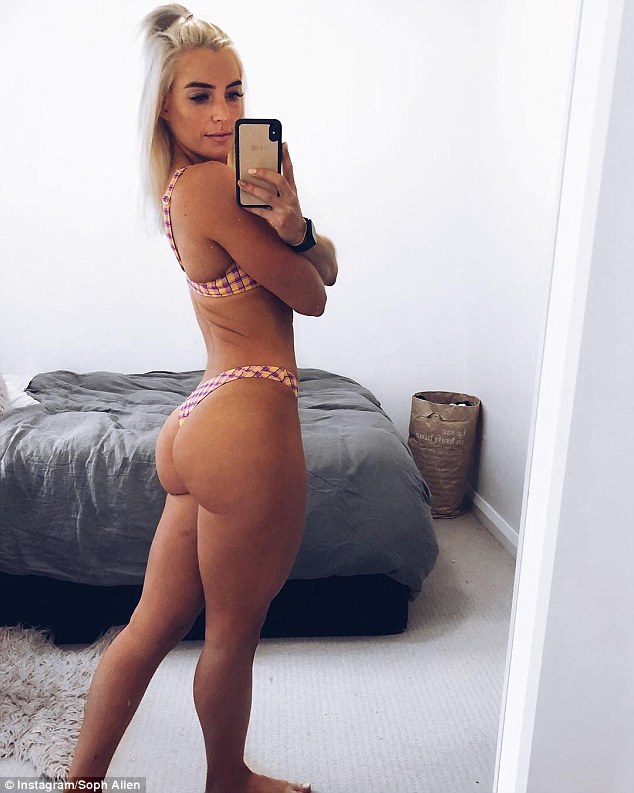 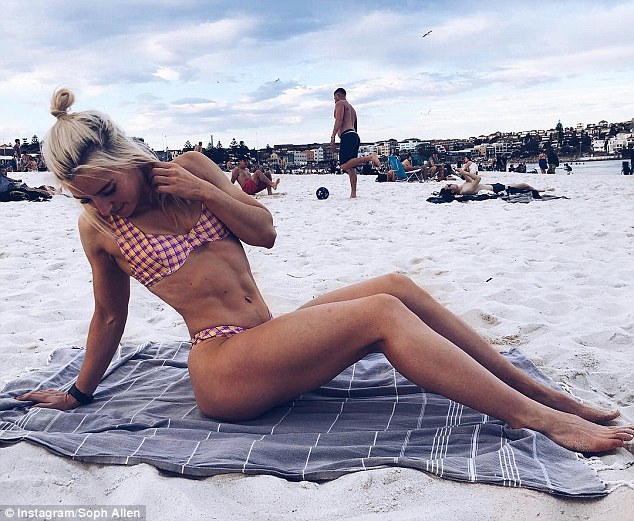 While Sophie flaunts a physique that’s clearly the result of dedicated training, she’s not one to stick to the same formula day in and day out

While Sophie flaunts a physique that’s clearly the result of dedicated training, she’s not one to stick to the same formula day in and day out.

‘Basically, it’s a lactate inducing ‘giant set’ workout, which is designed for the maximum release of growth hormone available.’

For example, she’ll do six reps of a lunge squat, 12 reps of a leg extension followed by 25 pendulum squats. 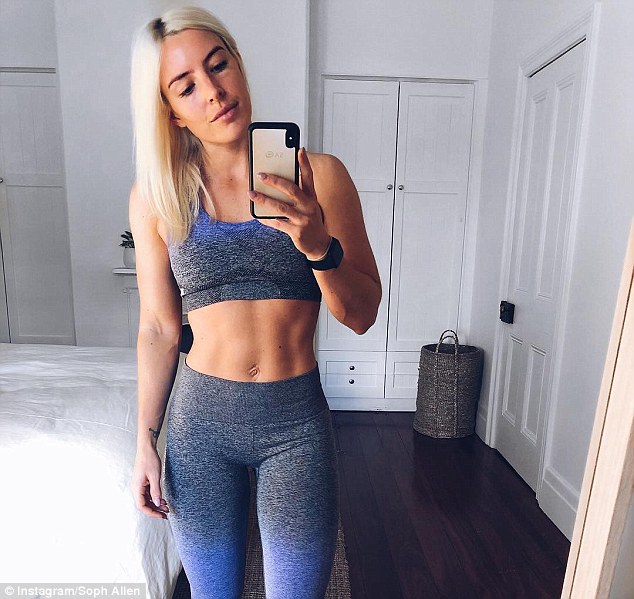 Although Sophie radiates good health, she has had to overcome significant challenges in the past.

Although Sophie radiates good health, she has had to overcome significant challenges in the past.

At 21, she went in for day surgery to treat her endometriosis but a complication during the procedure left her with a perforated bowel.

The condition was life-threatening, and she spent a month bedridden in hospital in intense pain.

‘If my surgery had of been left any longer I would have died,’ Sophie said previously.

Following the experience, she was able to recover and transform her body, and today she is passionate about health and fitness, and continues to share her story as a way to connect with others.