A teen girl was blocked from entering Bali and forced to spend 11 hours in an airport before she was sent home because of a tiny tear in her passport.

Lexi Karakostas, 16, flew to the Indonesian island from Melbourne with a friend on Thursday but didn’t get further than the immigration desk.

The schoolgirl was one of dozens of Australians turned away at Denpasar Airport in recent months with only minor damage to their documents.

Lexi Karakostas, 16, (pictured with her friend at Melbourne airport before the flight) was blocked from entering Bali and forced to spend 11 hours in Denpasar Airport

A major crackdown by the Southeast Asian country also fined airlines US$5,000 ($7,131) for each passenger denied entry under the strict rule.

Lexi said a customs official took one look at her two-year-old passport, which had a small tear down the spine next to the main page, and pulled her aside.

‘The woman there said “look at the passport” to a man next to her and he took me to the immigration office,’ she told Daily Mail Australia.

There she was asked if the passport was damaged on the plane, but she said it happened in Europe where she travelled without issue last year.

After some discussion the situation seemed to be resolved, at least for that trip.

‘He said they were going to let me in but mark my passport so I couldn’t come back again with it,’ Lexi said.

‘But then the first lady from the desk nudged him and they talked in Indonesian. Then he had me follow him inside the office.’ 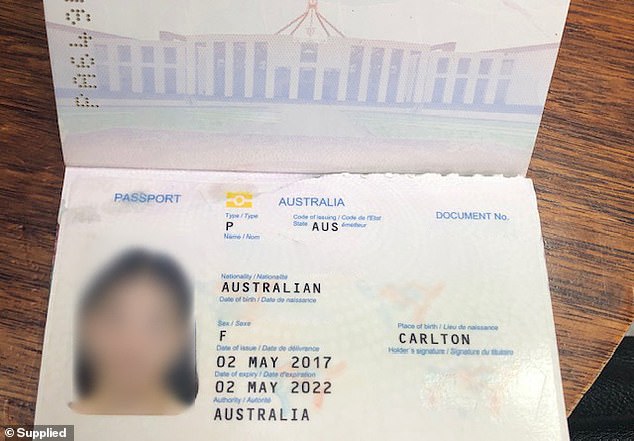 Inside, she sat in front of an immigration official who told her she would not be allowed in to Indonesia as her passport was damaged, and instead be sent home.

Lexi said she immediately burst into tears as she was alone and her friend and the friend’s father who they planned to stay were not allowed in to see her.

‘I was hysterical, I didn’t know what to do,’ she said.

Airport staff retrieved and searched her luggage and booked her on a plane back to Melbourne at 7.30am on Friday – 11 hours after her 8.30pm arrival.

Lexi said she had to try to sleep on a chair or on the floor of the airport as it closed overnight, while customs officers watched over her.

‘It was scary, I was by myself in a country I’d never been in and didn’t have my family or friend there. It was traumatising,’ she said.

‘I don’t understand the rule or what it’s for. They never explained it.’

Her passport was not returned to her until she was escorted to her seat on the Jetstar flight in the morning. 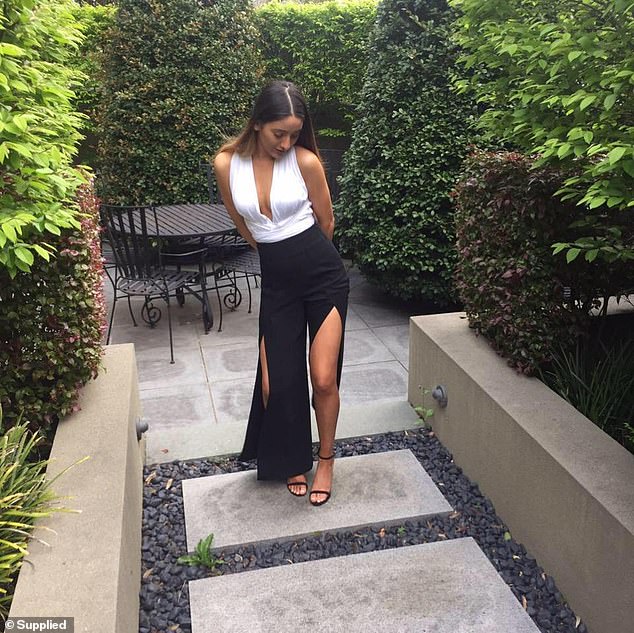 Lexi’s mother Susan Karakostas said she was shocked when her daughter called her hysterical and bawling her eyes out late at night.

Ms Karakostas said she understood Indonesia was following its laws and procedures, but was unhappy Lexi flew all the way there before a problem was noted.

‘As tourists, we respect their laws and regulations and respect the decision they made,’ she said.

‘However, we’re upset with Qantas because they were aware of the issue and they should have said something in Melbourne.

‘I called the embassy and they said it’s happened to a lot of Australians as Indonesia appears to be cracking down, especially in the last month.’

Ms Karakostas said officials told her Denpasar’s immigration was ‘sending droves of people home’ with minor damage to their passports.

Travellers are advised to make sure their passports are ‘intact and in good condition’, with normal wear and tear largely not a problem.

‘Contact with water or other liquids can cause serious damage,’ it advises.

‘You must not tear or remove pages from your passport.

‘It is critical that all the details and the photos on the personal data pages are legible and clear, and that there is no evidence of alteration or tampering with any aspect of the booklet.’

However, though this advice works for almost every other country, Indonesia’s new policy appears to be more strict.

Travellers can contact the Australian Passport Information Service on 131 232 or visit a passport office or consulate to check their documents.

‘We want to warn other travellers who might not know about this that they need to check their passports before they leave,’ she said.

‘Thankfully, Lexi’s travel insurance policy covered the cost of her $1,100 return flight to Bali as any trip cancelled due to damaged travel documents is covered.’

British couple Daniel and Tia Farthing save more than $7,000 for their dream honeymoon only to be denied because their dog chewed the groom’s passport.

They said British Border Force staff told them the document would be fine as his details were intact, but Indonesian officials disagreed and sent them home.

Another passenger said he was blocked from boarding a Batik Air flight on Christmas Day over his nine-year-old passport.

He said airline staff sent an image of the ‘slightly damaged’ document to their Bali office and judged it ‘took risky’ to let him board.

Batik Air told him they stopped 20 passengers from flying to Bali in just a month over damaged passports.

Other travellers on social media described being denied entry over minor water damage, creases, and small scratches on their passport.

However, others sailed through with much worse damage, pointing to the policy being interpreted differently by individual officers.