Five years ago Australian high jumper Amy Pejkovic had her Olympic dreams destroyed after she was diagnosed with a brain tumour.

But now the 24-year-old, who is fully recovered, has her sights set on being a contender for the 2018 Gold Coast Commonwealth Games.

Speaking to Stellar, the athlete revealed that despite setbacks in her career, she is determined to make the Australian team. 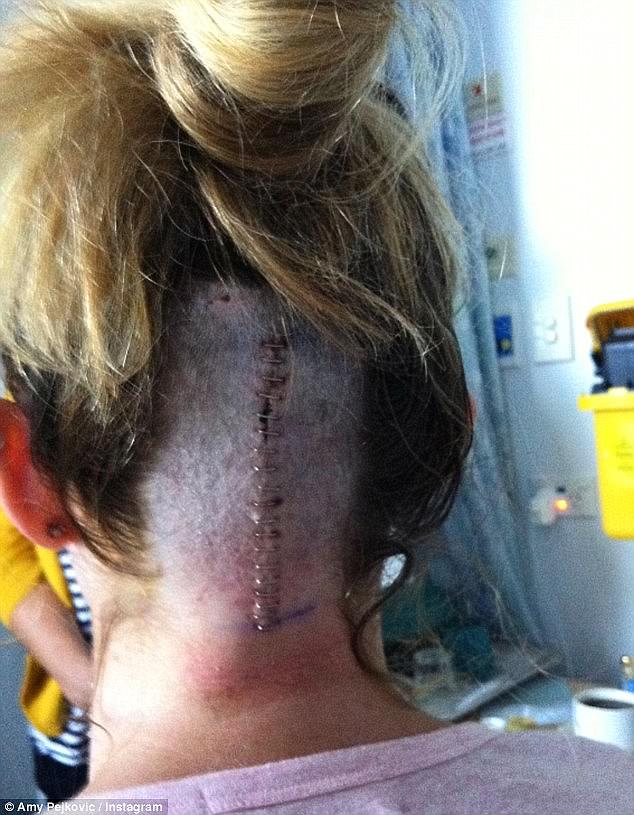 Five years ago, the athlete and model had extensive surgery to remove a five centimentre tumour that was found on her brain

‘This is a dream I’ve had since I was little. I don’t want to think about not making the Games,’ she told the publication.

When Ms Pejkovic was 19 she was diagnosed with a life-threatening brain tumour that meant she couldn’t attended the 2012 London Olympics.

The tumour, which has since been successfully removed, pushed the athlete to gain a new perspective on her life, one that she said is filled with appreciation for the opportunities she has.

‘Almost having my life taken away was a wake-up call,’ she said. 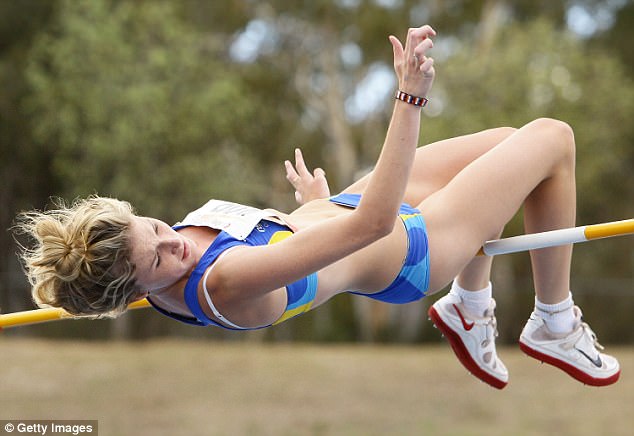 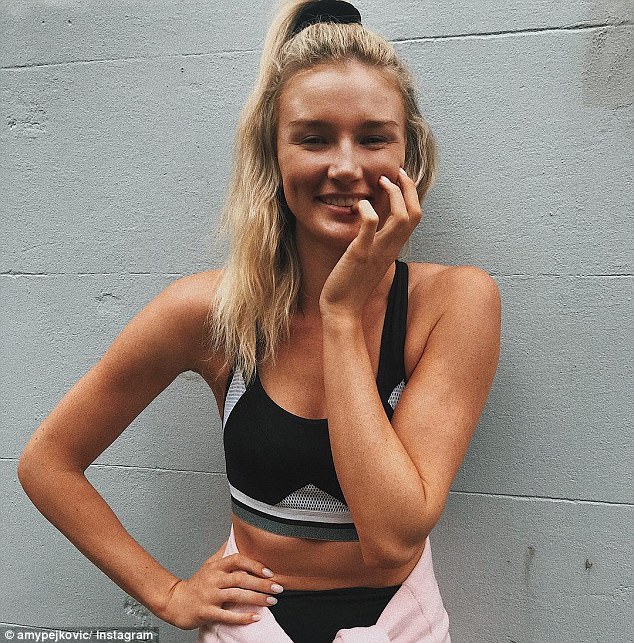 Right now, after months of training, Ms Pejkovic is on track to attend the international sporting event representing Australia.

While she’s currently suffering a knee injury, the athlete continues to work hard to overcome this by modifying her training routine.

And though it’s taken some effort to regain her confidence after surviving her diagnosis and subsequent surgery, this isn’t something she said she could have done without the support of family, friends and her AFL star boyfriend, Adam Tomlinson. 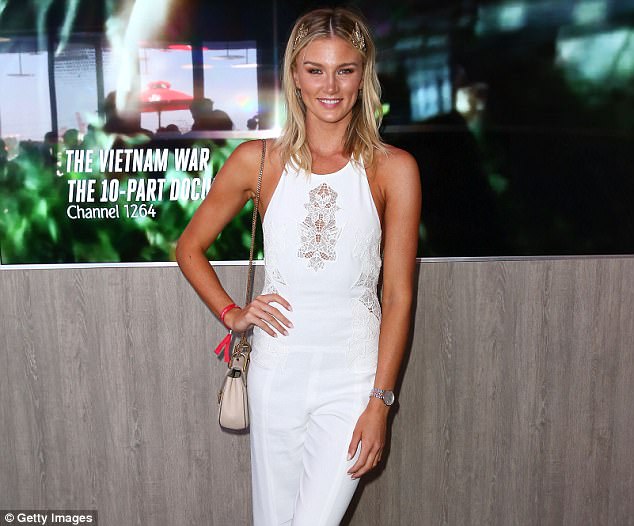 Though she’s worked hard to recover from her shock diagnosis, and subsequent surgery, this isn’t something Ms Pejkovic believes she could have done without support

At this stage it’s yet to be confirmed whether Ms Pejkovic will compete in the Games.

But no matter the outcome, the dynamic young woman she remains positive – and irrespective of whether she makes the team, she will be cheering on her sporting friends that do.

‘Watching people achieve their dreams makes me feel all warm and fuzzy inside,’ she said. 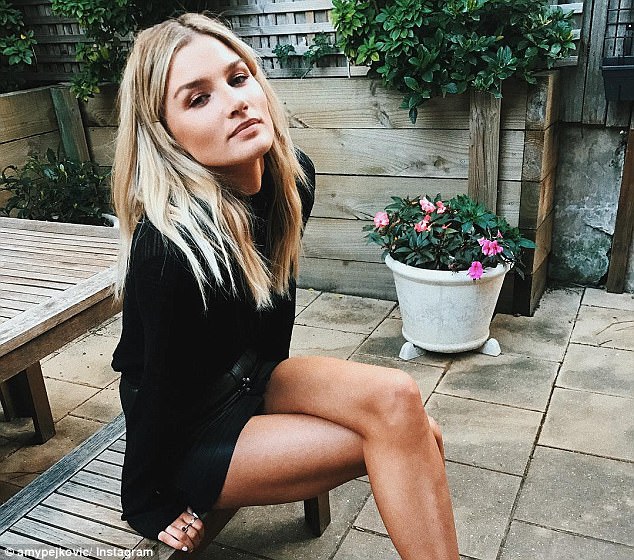 It’s been a long road to recovery for the athlete who suffered searing headaches for nearly 10 years before a tumour was discovered.

According to previous reports, Ms Pejkovic misdiagnosed twice with a middle-ear infection after doctors initially dismissed her excruciating headaches and vomiting.

An MRI scan would later reveal the 19-year-old had a life-threatening five-centimetre tumour growing on her brain. 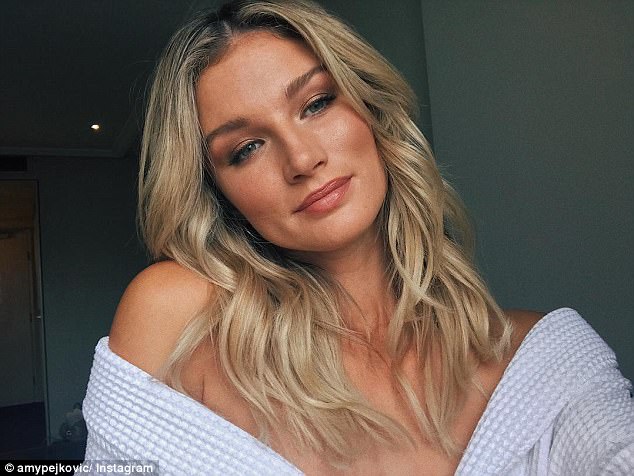 While it’s yet to be confirmed if she will represent Australia at the Games, Ms Pejkovic remains hopeful

Speaking to Daily Mail Australia, the athlete said she recalled the moment she saw a ‘big white blob on my brainstem’ when she looked at her scans.

‘I just sat there and didn’t say anything for ten minutes,’ she said.

‘I’ve never been so heartbroken. At that time, not making the Olympics or even modelling again wasn’t exactly a priority. 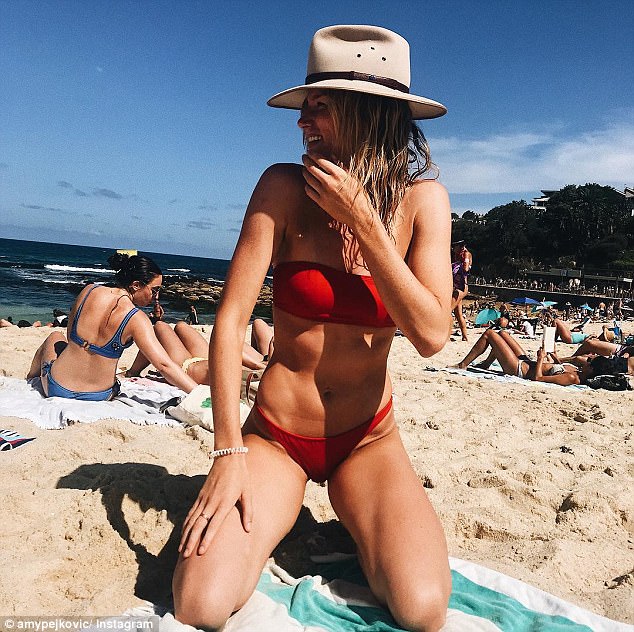 ‘It was the fact that I questioned: “Am I going to be alive to continue to do the things that I love doing?”‘

Two years after the tumour was successfully removed, she was ranked No.2 in the high jump in Australia. 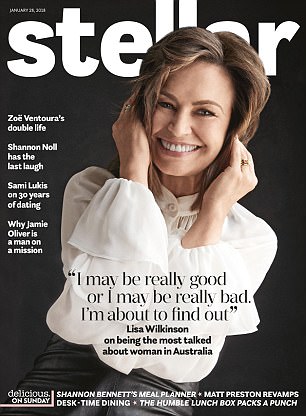 Ms Pejkovic opened up about her sporting aspirations in Stellar

But the Sydney athlete was left reeling once again after she suffered a type of delayed shock of her health condition.

‘I was a complete mess, mentally I could not get over what had happened,’ she said.

Despite her battle, Ms Pejkovic remains hopeful five years on since the tumour was successfully removed through an incision made at the back of her skull.

Though she’s battled through the worst and is now fully recovered, she admitted it has been a struggle, but that’s she’s ‘proud’ she’s moving forward with her life.

‘(I’m proud of) being able to sort of almost put it behind me and not let it control my life because it is tough trying to move on from it.’