An Australian Kate Middleton lookalike who applied for The Crown after going viral on TiKTok revealed she’ll be working on her ‘posh accent’ with help from her British grandmother.

Brittany Dixon, from the Gold Coast, created her account on the social media platform to promote her artwork – but other users were quick to point out her uncanny resemblance to the Duchess of Cambridge.

After being spurred on by her followers, the artist responded to an open casting call for a ‘stunning’ actress to play a young Kate in the sixth season of the historical drama.

Appearing on ITV’s Lorraine today, she explained that her step-grandmother is from London, meaning she can ‘give her a few pointers’ on how to perfect the perfect English accent if she gets an audition.

The Duchess of Cambridge is pictured earlier this year at a special reception at the Mayan ruins at Cahal Pech in San Ignacio, Belize on her tour of the Caribbean to celebrate the Queen’s Platinum Jubilee 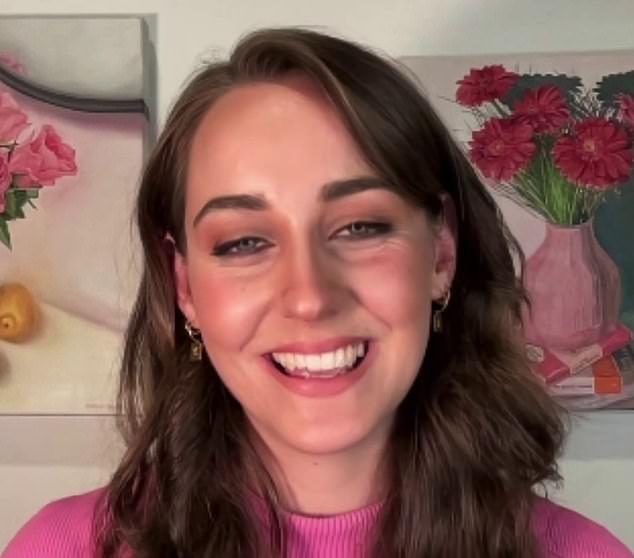 Brittany Dixon, from the Gold Coast, applied to play Kate Middleton The Crown after going viral on TiKTok and will work on her ‘posh accent’ with the help of her step-grandmother

‘She [Kate] has a very posh accent’, said Brittany. ‘I am fortunate to have family in the UK. My dad was born in London I have a step-grandma with a very posh accent I am sure will be able to give me a few pointers.’

Brittany has been overwhelmed with the response she’s received since joining the platform, revealing the hoards of supportive comments from strangers have been ‘crazy’.

When asked whether she is often compared to the Duchess, she said: ‘I have been having that compliment for a few years, nothing compared to what I’ve heard lately.

‘I honestly did not except to get this much attention after that TikTok video, so it’s been crazy’. 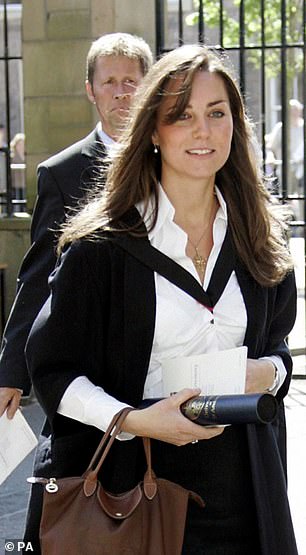 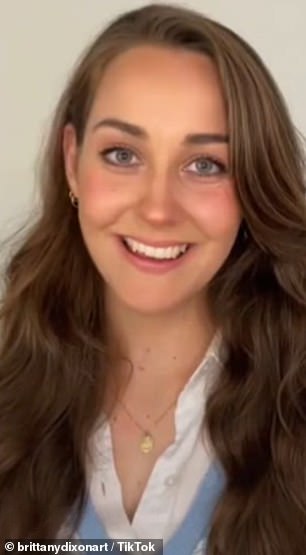 Brittany(pictured right), an artist from Australia, created her account on the social media platform to promote her artwork – but many of her followers were quick to point out the uncanny resemblance she has to the Duchess of Cambridge (pictured left, in 2005) 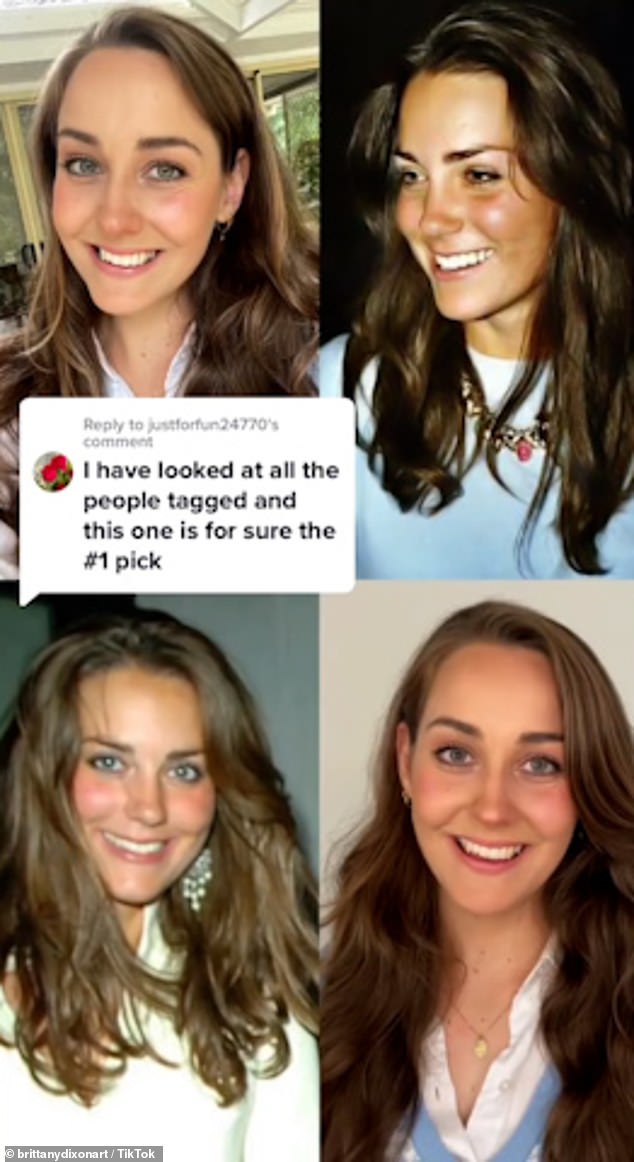 When posting videos of herself, Brittany (pictured in a video alongside pictured of Kate) was quickly inundated with comments comparing her to the royal, with one writing: ‘Wow, the resemblance [to Kate] is amazing.’

‘Honestly, I know I wouldn’t have if [applied to The Crown] I didn’t get that many supportive comments, having so many strangers supporting me and rooting for me it’s been really lovely positive experience.’

In one of her TikTok videos, Brittany explains the application process, describing how she was asked to send a selfie, some general information and a 30-second video talking about ‘something you love’.

When posting videos of herself, Brittany was quickly inundated with comments comparing her to the royal, with one writing: ‘Wow, the resemblance [to Kate] is amazing.’

Others tagged her in comments suggesting she apply for The Crown, with one person insisting: ‘You look more like her than anyone else people are tagging.’ 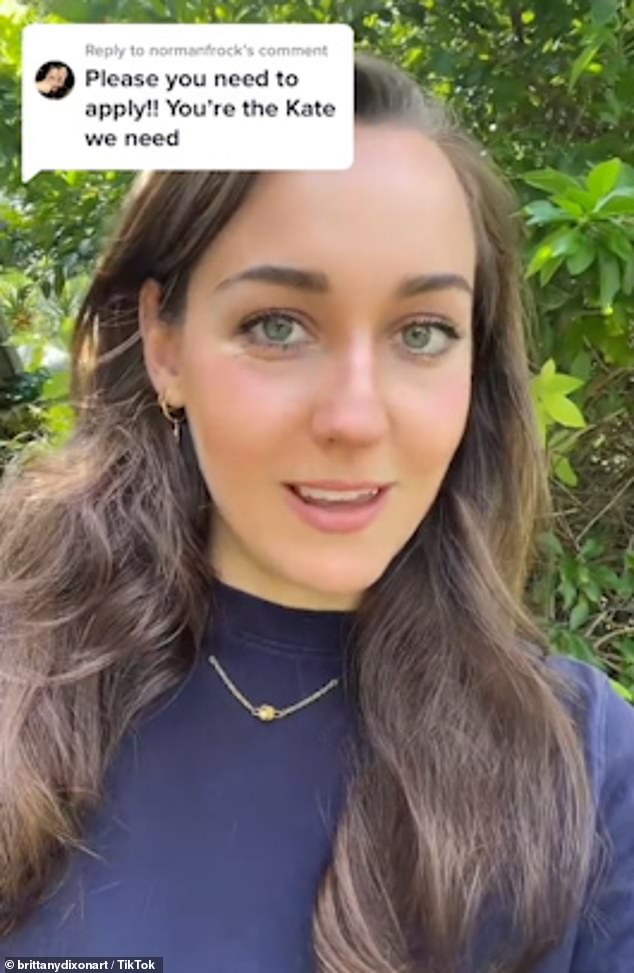 After being told she should apply for The Crown, the artist (pictured) announced: ‘GUYS I APPLIED,’ and promised to keep her followers updated after the clip went viral with over 300,000 views

A fourth wrote: ‘That’s so funny, you [and Kate] look like sisters’, while many continued to encourage her to apply for The Crown role.

Following this, she announced: ‘GUYS I APPLIED,’ and promised to keep her followers updated after the clip went viral with over 300,000 views.

Explaining the application process, she added: ‘I was not expecting that video to get that much attention.

‘So I did end up applying, they just wanted a selfie, some general information, and a 30 second video of me talking about something I love.

‘Obviously I talked about painting, so we’ll see how it goes and if they even see it,’ she said, before concluding: ‘Anyway thanks guys for being so nice, back to painting.’

Reacting to her clip, one person wrote: ‘Omg now I am so invested. I hope you get the role.’