Australian man, 28, who forged pilot qualifications using a photocopier flew 856 times of fake credentials before ‘crashing a plane and flying into an electricity wire’

A self-confessed idiot failed his pilot exams 20 times before using a photocopier to fake his credentials only to fly into power lines.

Lachlan Jones flew 856 times in his career for five different agricultural companies between 2013 and 2015 without qualifications, a court heard.

He had made 23 attempts to pass the seven theoretical exams required but only passed three, according to The Australian.

Desperate to get his wings, the St George resident left Australia for the U.S. in 2012 where he obtained a commercial pilots licence in a few days.

He had to complete a simple multiple choice questionnaire with a pass rate of 70 per cent to obtain the US license.

‘The US licence did not ­require the defendant to satisfy the same requirements as an Australian Commercial Pilot’s Licence,’ Civil Aviation Safety Authority said in a court submission.

‘There is evidence he operated an aircraft dangerously and was responsible for an aeroplane crash in the US and he flew into an electricity wire in Australia,’ Mr Campbell said.

When Jones  returned to Australia he mocked up an Australian Commercial Pilot’s Licence using a photocopier and started working.

‘He said he did this (faked his licence) because he was an idiot and because he was having trouble with the exams, although he had now passed them,’ CASA said.

Jones narrowly avoided jail when he faced the Brisbane District Court for providing false information to CASA, faking a commonwealth document and flying an aircraft without a valid licence. 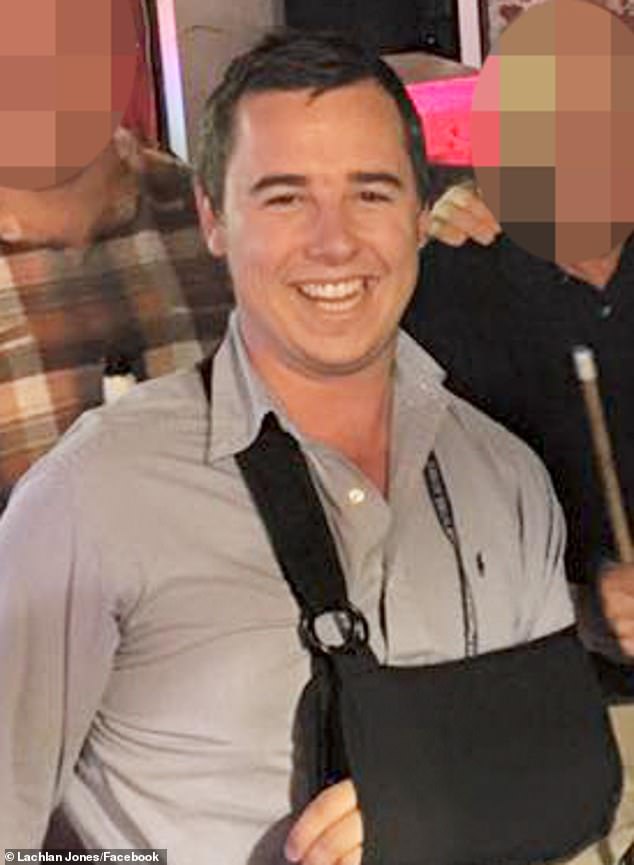 After failing the Australia Commercial Pilot’s licence test 23 times he went to the U.S. where he passed their test within days

The court heard Jones, who still proudly displays several images of planes and images of himself flying with passengers, came from a long family history of agricultural pilots and was under pressure to follow the same career.

Jones has logged 5500 flying hours on a private pilot’s licence, for which he is officially qualified, and has not had a crash since the incident with the power lines.

Judge Paul Smith chose to be lenient on the man but said he was still taking all of the offences, which has a maximum penalty of jail time, seriously and noted that the situation was unique. 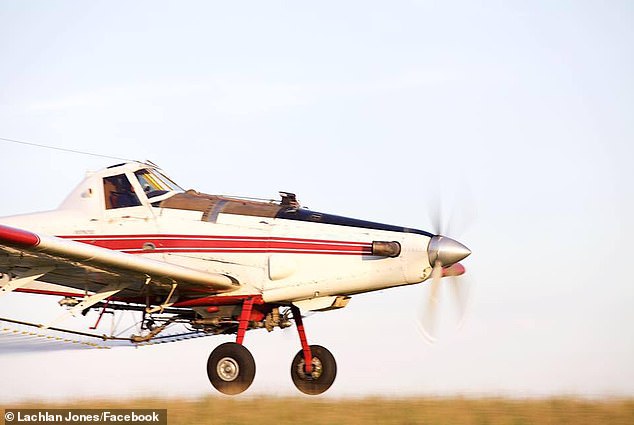 The court heard Jones, who still proudly displays several images of planes and images (such as above) of himself flying with passengers, came from a long family history of agricultural pilots and was under pressure to follow the same career

He took in to consideration pressure from his family in addition to his valid private and U.S. commercial pilot’s licence, his lack of prior offences and his complete admissions in the guilty verdict.

Despite his flight career consisting of hundreds of flights, Jones also predominately flew by himself on commercial operations.

Jones was spared jail with a six-month suspended jail sentence for providing false and misleading information to CASA and was fined $10,000 for the five counts of flying without a valid commercial pilot’s licence.