An Australian man was freed on Wednesday after spending a month and a half detained in Tokyo on charges of trespassing when he went to his estranged in-laws’ apartment building to look for his missing children.

The case of Scott McIntyre, a freelance sports journalist based in Tokyo, has drawn wide attention to the difficulties in Japan faced by parents who lose access to their children after their partners take them away.

Lawyers and legal experts say Japan effectively condones the act regardless of whether domestic violence is involved, and parents who are deprived of contact with their children face the threat of arrest if they try to retrieve or see them.

Scott McIntyre, an Australian sports journalist, poses for a photograph before his sentencing outside Tokyo District Court in Tokyo, Japan 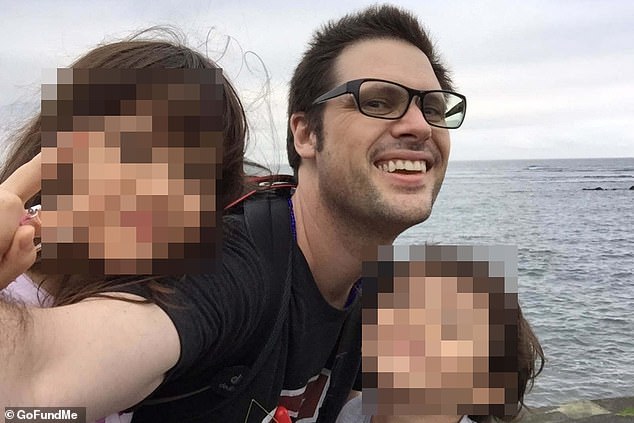 McIntyre was arrested on November 28 for entering the common area of the building where his wife’s parents live in late October in a bid to find his children.

He was released on bail last Friday after pleading guilty to the charges, and on Wednesday was given a prison sentence of six months suspended for three years.

Japan’s judicial system has drawn global attention with the lengthy detention – and subsequent fleeing – of former auto executive Carlos Ghosn in what critics have characterised as a ‘hostage justice’ system that relies on drawing out confessions. Ghosn has said Japan’s justice system was ‘rigged’.

‘It’s now 238 days since I’ve heard from or seen my children,’ McIntyre said at his hearing last week, choking back tears. ‘I have no idea whether my children are dead or alive, and as a parent this causes me unbelievable grief.’ 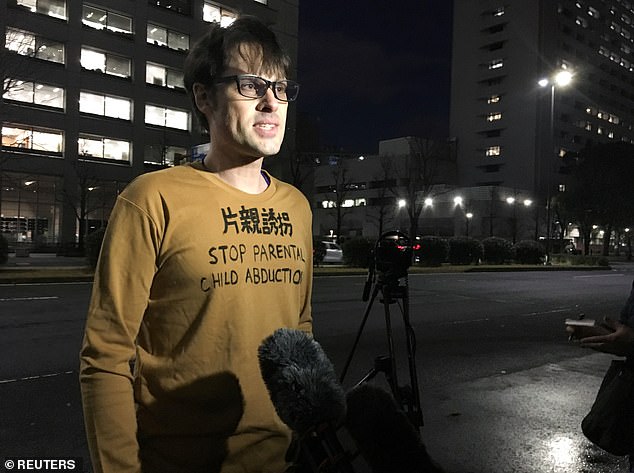 Scott McIntyre, an Australian sports journalist, speaks outside the Tokyo District Court after spending a month and a half in jail on charges of trespassing to find his missing children

He testified that he had made numerous requests to the police and his wife’s lawyers – the two are going through a divorce mediation – to let him know whether the children are safe, but that those were ignored.

The day of the illegal entry, he had been worried about his children in the aftermath of a typhoon that ripped through the region, he said.

Why McIntyre’s wife left him taking their daughter and son, now aged 11 and 7, was unclear. Prosecutors said she had claimed physical violence by McIntyre towards their daughter, which he denied, and material presented by the prosecution was dismissed as irrelevant to the trespassing charge.

It was also not clear why he was arrested more than a month after the illegal entry, or why he had been detained for so long.

An earlier request for bail was denied on grounds that he could destroy evidence or flee the country.