An Australian man who moved to China to be with the woman he loves has shared the hellish conditions he is stuck as multiple cities are forced into lockdown.

Tim McLean, who is from Ulladulla on the New South Wales South Coast, moved to  Ezhou last year to be with his partner Qiong Xu.

Ezhou is in the east of the Hubei province of China and near the epicentre of the coronavirus outbreak. The city was one of the first to be locked down this month.

Travel both in and out of the city and surrounding areas cancelled to prevent the virus from spreading. The streets of the normally bustling city, which is home to more than one million people, have been abandoned.

Tim McLean, who is from Ulladulla on the New South Wales South Coast, moved to Ezhou last year to be with his partner Qiong Xu

‘Yesterday I was out in the street and I saw hospital staff walking around in full white protective clothing, head gear, totally airtight, walking with what looked like patients,’ Mr McLean told the ABC.

‘I put two masks on when I go outside, just in case.’

A simple trip to the supermarket is an ordeal Mr McLean. Before stepping into the store customers are met by a government official holding a thermometer.

They must have their temperature taken before they can even step inside.

Mr McLean moved to Ezhou to be with Qiong Xu after the pair met while she was studying in Australia.

He returned to China in mid-January after spending Christmas in Australia. He had no idea the hell he was stepping into when he arrived back. 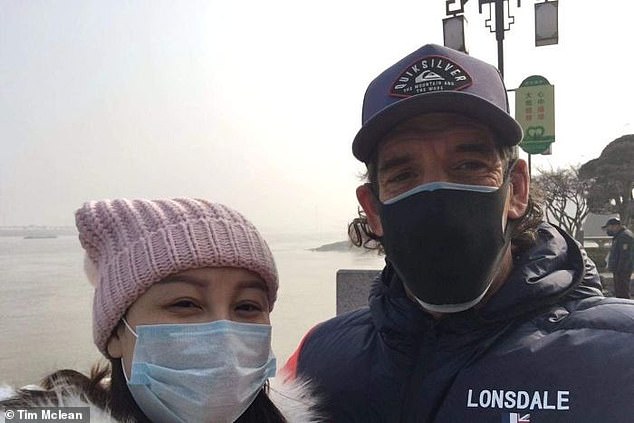 While he said he has no regrets about moving over, the impending risk of contracting the deadly virus, which has already claimed more than 100 lives, is scary.

There is also the looming threat that food may come to a grinding halt in a couple days, he said.

He said they had been told get a bulk supply of rice and sit it out for a week and a half.

Mr McLean is one of about 600 Australians trapped at epicentre of the outbreak.

Prime Minister Scott Morrison announced a plan on Wednesday to evacuate Australians trapped at the epicentre of China’s deadly virus and quarantine them on the remote island for 14 days.

Mr McLean said he has struggled to contact the Australian embassy in Shanghai as it appears to have been closed for Chinese New Year, from January 27-29.

Mr McLean has been spending his days riding his bike through the empty streets.

‘It’s quiet. It’s about zero degrees. It can be minus degrees at night. It’s a bit overwhelming, to be honest.’

China has confirmed there are now more than 6,000 confirmed cases of coronavirus and 132 deaths.

The virus is believed to have originated late last year in a food market in the Chinese city of Wuhan that was illegally selling wildlife.

Health experts think it may have originated in bats and then passed to humans, possibly via another animal species.

The World Health Organization (WHO) was alerted to several cases of pneumonia in Wuhan at the end of December. 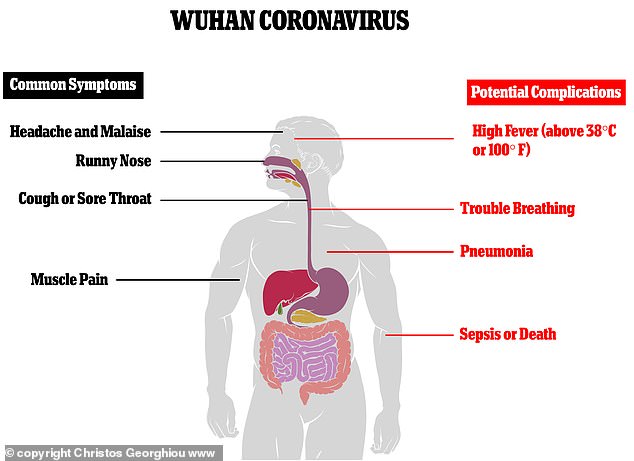 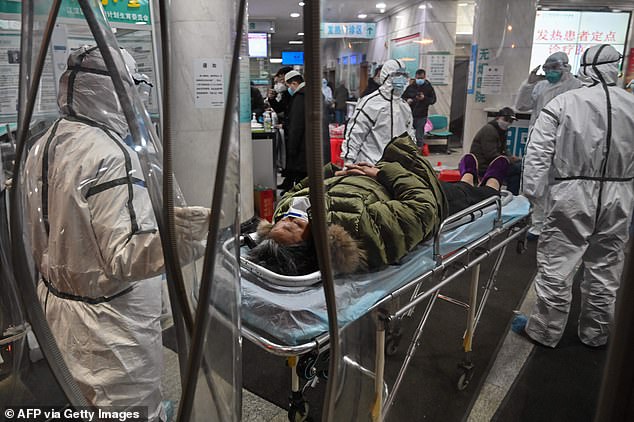 Medical staff members wearing protective clothing to help stop the spread of a deadly virus which began in the city, arrive with a patient at the Wuhan Red Cross Hospital in Wuhan

Chinese authorities confirmed they had identified a new virus a week later.

The new virus, identified by scientists as 2019-nCoV, is a coronavirus, a family of viruses that include the common cold and more serious diseases such as Severe Acute Respiratory Syndrome (SARS).

Coronavirus infections have a wide range of symptoms, including fever, cough, shortness of breath, and breathing difficulties.

It is unclear how deadly the new virus is.

Although severe cases can cause pneumonia and death, there may be many cases of milder disease going undetected.

Many of those who have died had pre-existing medical conditions or were elderly with weakened immune systems. 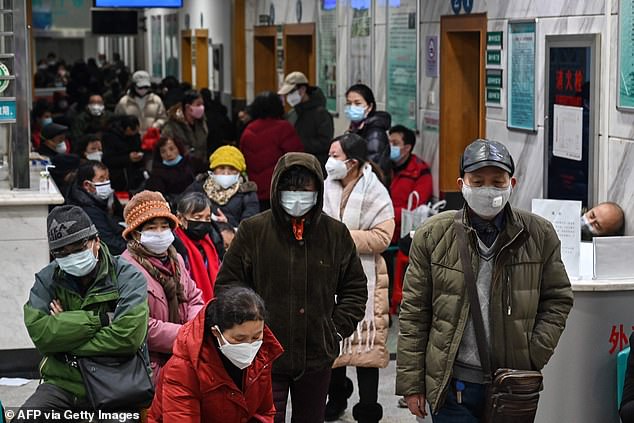 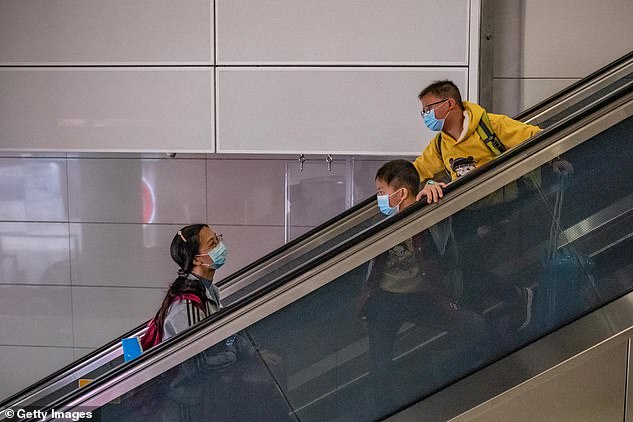