Australian mother shares a photo of her container of plain flour

At first glance, it looks like any other storage container with plain flour.

But an eagle-eyed mother noticed something different about the pantry staple -and it’s enough to creep you out once you know what it is.

Taking to Facebook, the Australian woman shared a picture of her seemingly normal tub sitting on a kitchen bench.

So can you spot what’s unusual inside the air-tight container?

At first glance, it looks like any other storage container with plain flour. But an eagle-eyed mother noticed something different about the staple. So can you spot what’s unusual about it?

How to prevent weevil larvae from your food

The tiny trails in the flour are the first signs of weevil larvae infestation – a common pantry pest that often attacks foods in kitchen homes.

‘Those familiar little tracks in the flour,’ the woman wrote in the caption.

Weevils have been known to find their way into the home from outside – whether it’s crawling into extremely small holes of the containers or in most cases, they are already present in produce.

Experts have suggested throwing out infested products and put everything else into sealed plastic containers to prevent further infestation.

After sharing the post, other homeowners shared their handy tips to discourage the pest from infesting products.

‘Put a bay leaf or two in all containers with dry goods. It won’t taint the flavour but keeps ferals one,’ one woman wrote.

Another advised: ‘I freeze anything like flour, rolled oats and coconut flakes until needed, then it goes into a container in the pantry.’

Another said: ‘I always keep flour in the fridge, never had a problem.’ 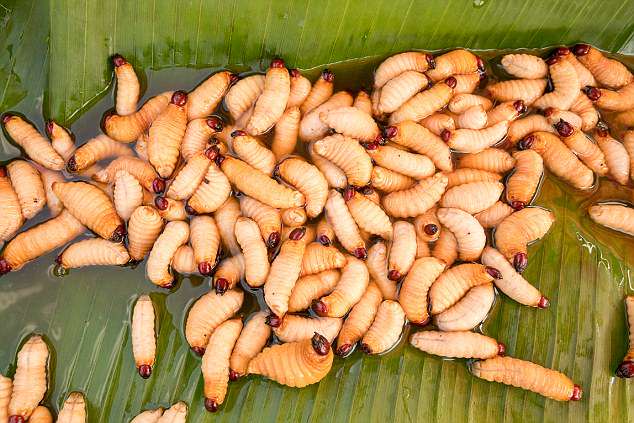 One posted: ‘I keep my flour in the paper wrapper then put it in an airtight container and I’ve never had weevils.’

Another said: ‘I have had to deal with them and it’s not fun. When I buy sugar, flour and oats, anything like that, I put them in the freezer for about a week. Then put them in the cupboard. That way I kill whatever is in there if anything, haven’t had a problem since. So far so good.’

Another wrote: ‘Airtight containers are good, and freezing things like flour to kill the eggs when you get it home helps too.

One said: ‘Put all dry goods in the freezer when you first get them home and then make sure everything is in its own airtight container in the pantry.

Another wrote: ‘Put a dried bay leaf when you pour it out into the pantry container. Stops the moths coming in. Can’t do much about the products that come in with the weevils, apart from freezing.’