A style conscious mother has revealed how an idea to add a touch of elegance to her home became a business that now turns over a staggering $5,000 a month.

Gold Coast-based Kylie Hughes heads up Stylkea, a business she launched 12 months ago.

She sells peel-and-stick decals which transforms ordinary furniture from Ikea and Kmart into to posh pieces using decorative foil panels she designed herself.

It’s an idea the mum-of-one says she hit on when trying to renovate her own home on a shoe-string budget – and it’s proven such a hit she’s also been nominated for an award celebrating her entrepreneurial efforts. 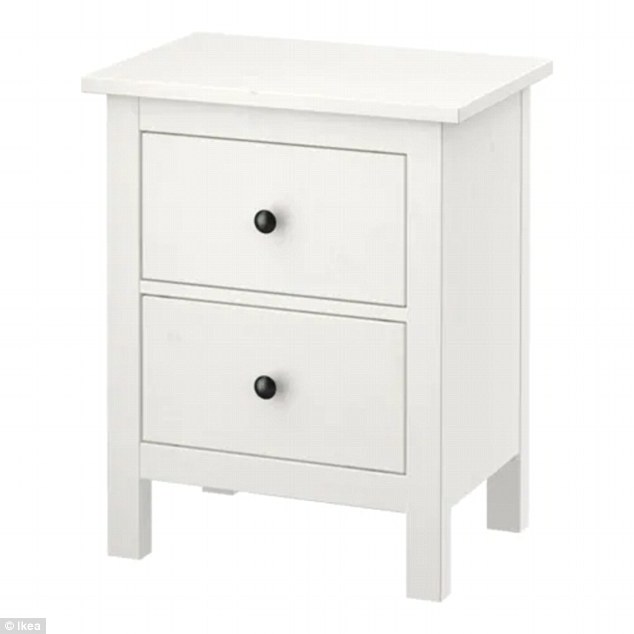 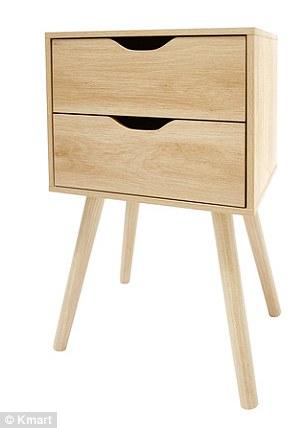 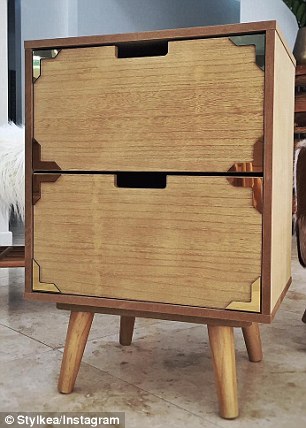 A Kmart bedside table, priced at $35 (pictured left), has been given a touch of glamour using the inexpensive decals (pictured right)

Ms Hughes explained she doesn’t have a background in interior design, however, she’s always kept a close eye on trends, spending hours every week looking through magazines.

She said while she ‘lusted’ after much of what she saw, the family’s budget during a home renovation meant she needed to curb spending.

Rather than ditch her desire to add a touch of luxury, she sat down an started sketching out her ideas and with her husband’s help turned these into models.

‘I asked my husband to design panels on the computer and added legs and handles to a piece of furniture I had… and my friends said I should be doing this for a living,’ she told the Gold Coast Bulletin. 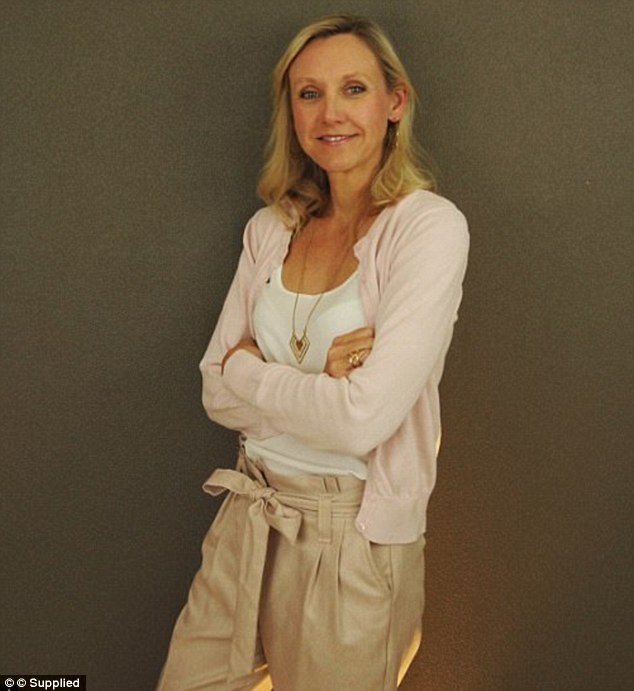 It’s a hack that has not only saved her thousands and made her home look effortlessly elegant, it’s also made it easy for others wanting to achieve a similar look.

‘At other (stores) you can buy these delightful beside tables for $1200,’ she said.

‘Or you can get a very simple look like the Malm bedside table from Ikea which is about $69 and use our Greek-style panels. You have a similar look for $100, so that’s a saving of $1,100.’ 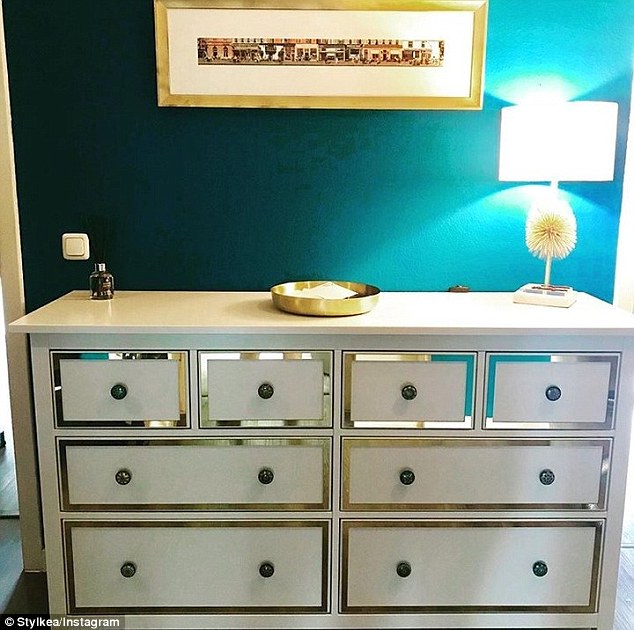 This Ikea HEMNES drawer dresser (pictured) is priced at $499, however, once it has had the foil decals added it looks like a piece that’s worth thousands

While Ms Hughes’ business is now a raging success, she spent three years bringing her idea to fruition.

Speaking to Daily Mail Australia previously, she explained how her days were dedicated to her day job as a copywriter and being mum to her six-year-old son Oscar.

‘I was working at night and on the weekends and I built the website by myself as well, so I was teaching myself e-commerce,’ she said. 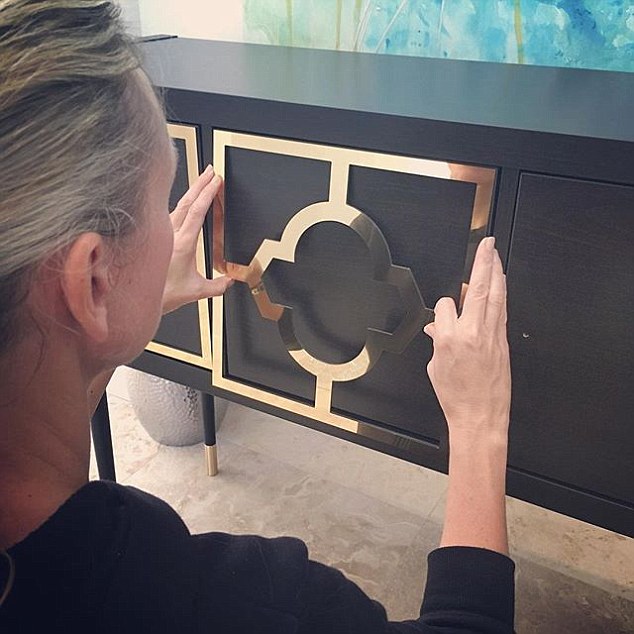 The panels, which range from $9.95 to $34.95 and ship worldwide, currently come in a variety of materials and do not require any tools to apply 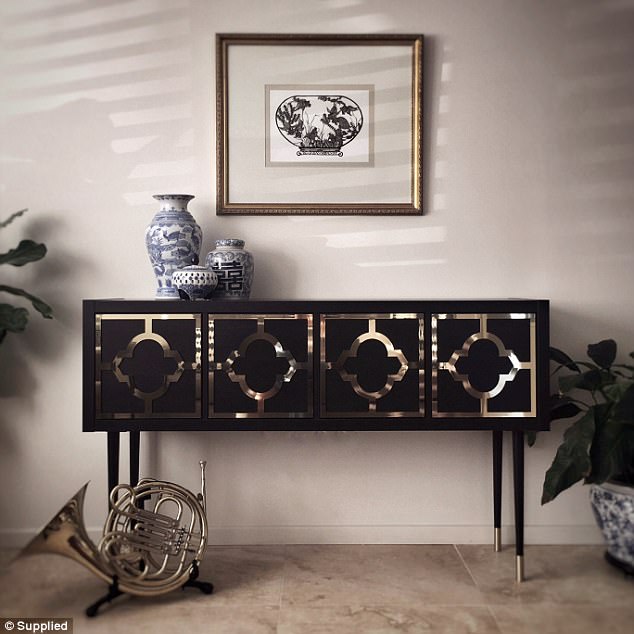 ‘Time was one of the biggest obstacles. It took me 18 months from deciding to give it a go to opening up the sales.’

Stylkea, which has been up and running for 12 months, has proven a hit, so much so Ms Hughes quit her full-time job four weeks ago to focus on building the business.

‘It’s great to be in a creative role and indulge artistic expression,’ she said.

The panels, which range from $9.95 to $34.95 and ship worldwide, come in a variety of materials and do not require any tools to apply. 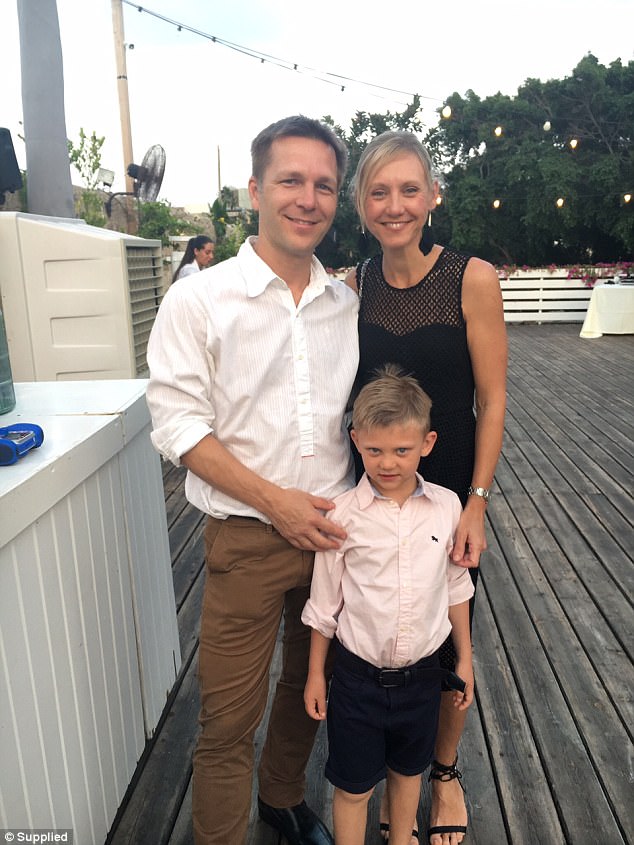 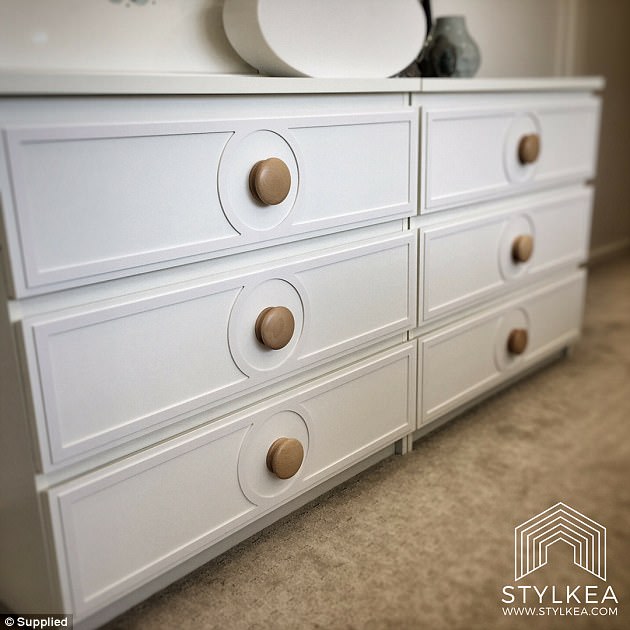 The first set of panels were designed to fit Ikea ranges including Malm, Besta, and Kallax, and were done in a ‘classic’ style

There is also a white foam option that can be modified with spray or acrylic paint, as well as five different versions in gold and silver.

‘They’re versatile, so they match a wide range of different decor styles,’ Ms Hughes said. ‘It comes down to your imagination and how you want to use them.’

‘Some are glam and luxury and others lend themselves beautifully to a nursery or child’s bedroom.’