A horrified mum has revealed how much dirt, dust and dead skin was lurking in her mattress after she cleaned it with a $10 vacuum cleaner for the first time.

Posting to an Australian cleaning group, the woman’s photos showed the inside of a vacuum cleaner filled with a grey powdery substance she said came from her bed.

‘All of this came from my mattress,’ the woman captioned her post, adding she was left feeling ‘absolutely disgusted, embarrassed and shocked’.

‘Please don’t crucify me. I just wanted to show everyone how much stuff can come from one queen-sized mattress.’ 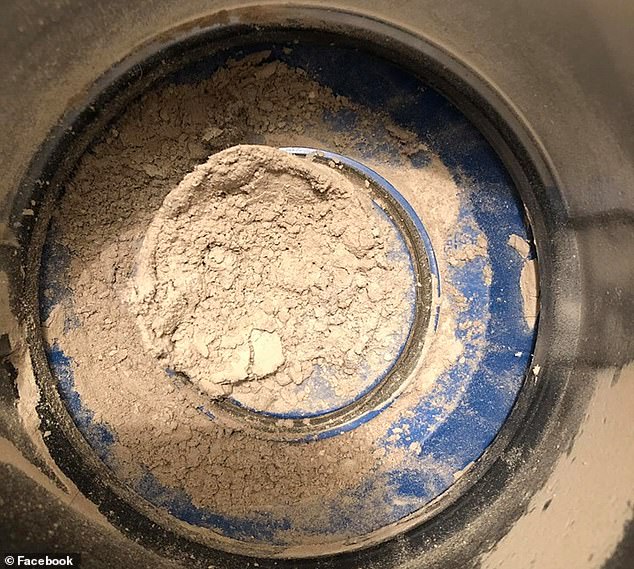 The woman said the mortifying amount of grime she removed from her mattress was enough to ensure that from now on she vacuumed her bedding when changing the sheets.

The vacuum cleaner she used clean her mattress was Contempo Bagless Vacuum, an appliance she’d bought second-hand for $10 and used with an existing attachment.

Those who’d seen her post on Facebook said they were stunned at the amount of dirt and grime potentially lurking under the sheets. 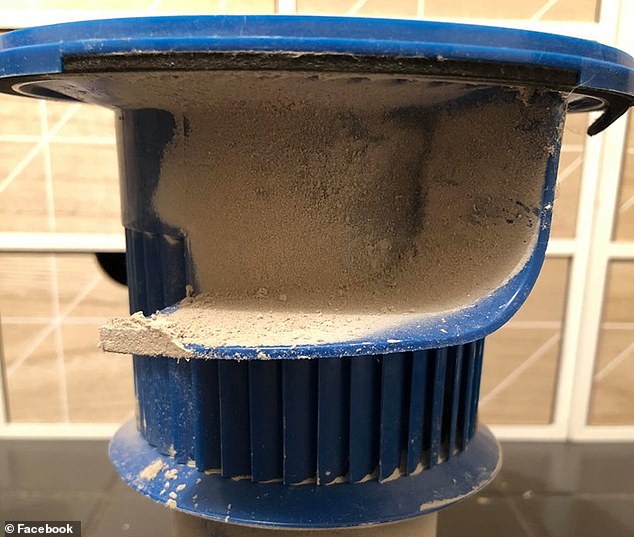 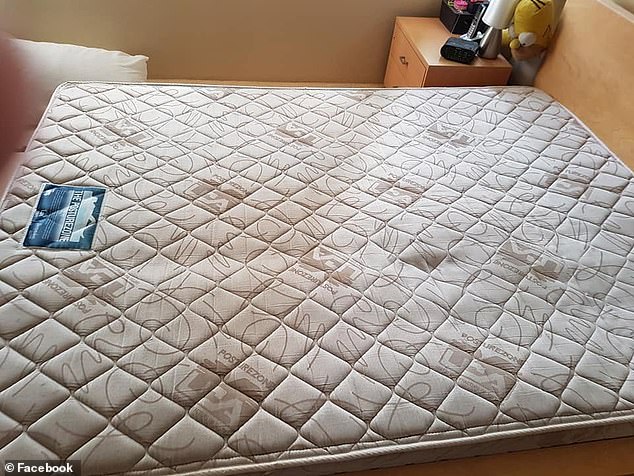 She’s one of many who have noticed the dead cells and grim-build up in a mattress, with another woman recently sharing a snap of her own vacuum container post-clean

‘I have never vacuumed mine,’ said one. ‘Guess what I am doing tomorrow!’

Another said: ‘This is why mattresses get heavier over the years, build-up of dead skin cells, dirt and bodily fluids.’

She’s one of many who have noticed the dead cells and grim-build up in a mattress, with another woman recently sharing a snap of her own vacuum container post-clean.

‘I bought the mattress vacuum from Godfreys for $99, which was half price. I did my queen mattress and the girls’ toddler mattresses. See pictures,’ she wrote alongside snaps of her full canister. 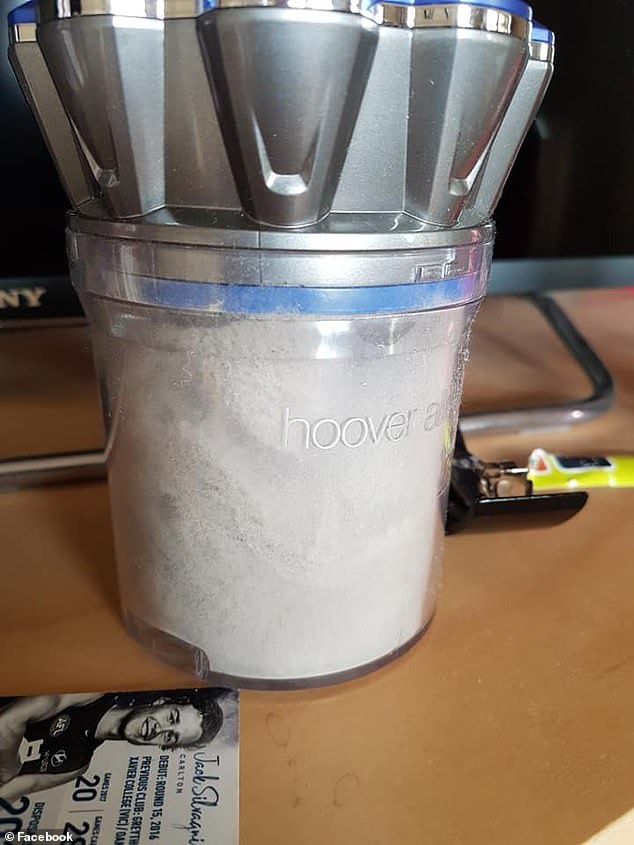 ‘I bought the mattress vacuum from Godfreys for $99, which was half price. I did my queen mattress and the girls’ toddler mattresses. See pictures,’ she wrote alongside snaps of her full canister (pictured)

Those who’ve previously cleaned their mattresses using a vacuum to hoover up dirt swear by the benefits of sprinkling bi-carb soda on their bedding first.

According to Housewife’s How To’s, the baking product should be ‘scrubbed’ into the mattress first to help it bond with moisture and body oils in the top layers of material.

Tips were also revealed by commenters in the Facebook group for how to remove unsightly brown stains from bedding.

BEFORE: This woman revealed how denture cleaner Polident was used to remove unsightly brown stains from her mattress (pictured left) and AFTER: The $6 product was mixed with warm water and sprayed on the stain which ‘basically disappeared’

One woman said she’d had success using the denture cleaner Polident dissolved in water and sprayed onto her stained mattress.

‘Best thing was it cost me $6 to buy the Polident and hardly any effort to clean it,’ the woman wrote alongside photos showing her mattress before and after.

‘I put six tablets in a bottle of 500mL of water. I then sprayed on mattress. It basically disappeared before my eyes. I then wiped off with a little water.’