A thrifty mum has shared her handy trick for keeping avocados fresh for weeks after scoring a bargain deal on the Australian favourite fruit.

In a post to popular Facebook group, Markdown Addicts Australia, the Queensland woman nabbed five bags of avocados marked down to 65 cents from $6.50 at her local Coles.

She then mashed them up, separated them into sandwich bags and stored them in the freezer to make them last. 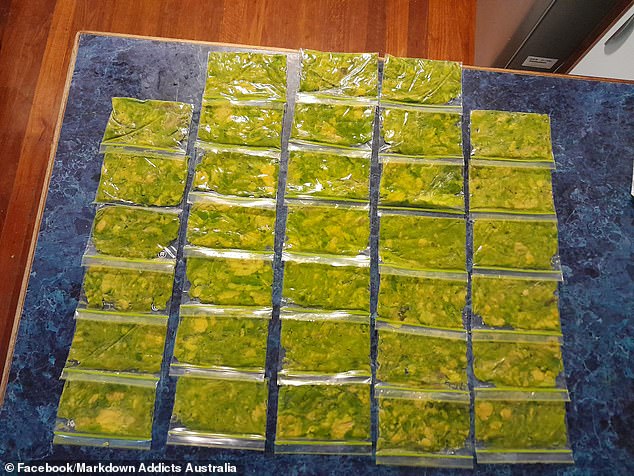 The bargain-loving woman mashed all the avocados up in a bowl, divided them into 33 flat ziplock bags and placed them in the freezer

The bargain-loving woman mashed all the avocados up in a bowl, divided them into 33 flat ziplock bags and placed them in the freezer.

She said the avocados stay green once defrosted, taste the same and are easy to use for toast, pasta and guacamole as usual.

Her post racked up hundreds of likes and dozens of comments from impressed group members.

‘Nice score. My possum loves avocado so I buy heaps of them,’ one said while another wrote: ‘Why can I never find bargains like this? Well done.’ 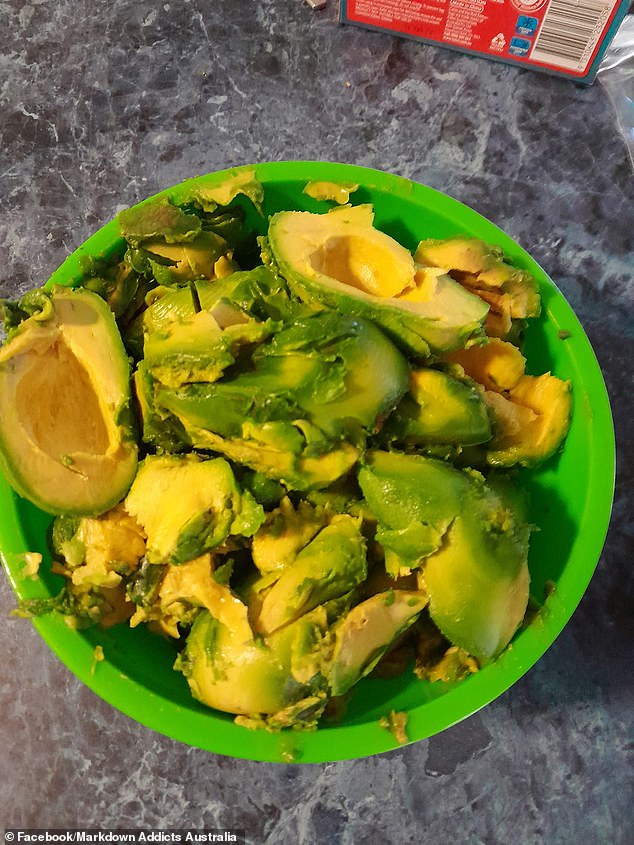 She said the avocados stay green, taste the same when defrosted can be used on toast, pasta and guacamole as normal

Others shared their own ways to keep the Australian favourite fruit fresh for longer.

‘I had a whole heap of avos I put in container of water in fridge as I was going away for a few days – fast forward over two weeks and they were still perfect!’ one mum explained.

‘I mash avo with some lemon juice, then freeze in ice cubes ready to use… they thaw really quickly,’ another suggested.

The Danish-Australian Instagrammer went viral after posting a clip online of how she places a hard avocado in a paper bag with a kiwi fruit to soften it.

‘Guys, Green Skin + Shepard Avocado season means I legit need a spreadsheet to keep track of when I’ll have avocados to eat because they take foreeeeeeeever to ripen. But no more… insert the best 101 life hack ever,’ she wrote in the caption. 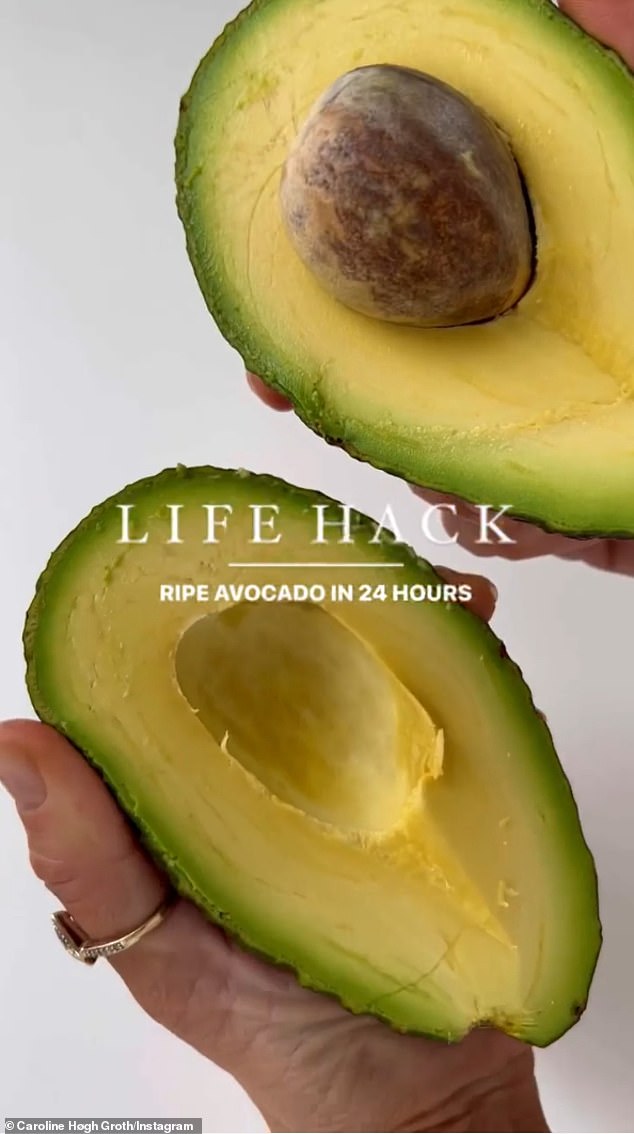 In the clip, she simply stores the avocado in a paper bag with a kiwi fruit as apparently ‘releases ethylene gas’ – a major plant hormone released to induce ripening.

‘The paper bag traps the gas so the process works faster meaning you’ll have ripe avocados in 24 hours,’ the Sydney influencer wrote.

Caroline’s hack comes in the midst of Shepard avocado season which are notoriously harder to ripen than the Australian favourite variety Haas and had dozens in the comments thankful for the ‘mind blowing’ idea. 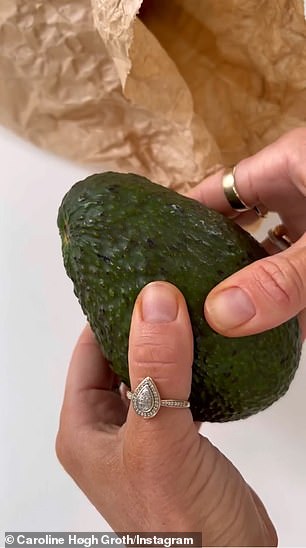 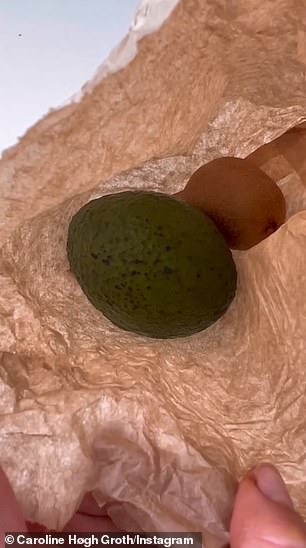 In the clip, she simply stores the avocado in a paper bag with a kiwi fruit as apparently ‘releases ethylene gas’ – a major plant hormone released to induce ripening

‘But how? Mind blown,’ one fan said while another commented: ‘This is life changing!!! Thank you’.

A third said she ‘needed this’ tip and others were sharing their own avocado hacks.

‘It also works with banana in a brown paper bag,’ one woman wrote.

‘I have a hack for your hack. Only gently press the top of the avocado to see if it’s ripe, not the sides. Pushing on the sides will bruise it,’ a second recommended.