Independent news site Crikey has dared the powerful Murdoch family to sue it in an open letter the editors published as an ad in major US and Australian newspapers.

Crikey also published the letters exchanged between its lawyers and those representing Rupert son’s Lachlan, who is threatening to sue the website for defamation over an article Crikey published in 2021 by political commentator Bernard Keane.

The article and related social media posts were taken down at first as a ‘goodwill’ gesture by Crikey but both have since been republished as the publisher stands firm on not apologising.

Lachlan Murdoch, here seen with wife Sarah at 2019 Vanity Fair Oscar party, is threatening to sue Australian news site Crikey for an article about the Capitol Hill riots in 2021

In the open letter, which it ran as an ad in the New York Times and the Sydney Morning Herald, Crikey Managing Editor Peter Fray and the chairman of their publisher, Private Media, Eric Beecher say they were defending freedom of the press.

‘We at Crikey strongly support freedom of opinion and public interest journalism,’ they wrote.

‘We are concerned that Australia’s defamation laws are too restrictive.’

The pair challenged Murdoch’s Sydney-based lawyer John Churchill to follow through with his threat of legal action.

‘We want to defend those allegations in court,’ the pair wrote.

‘You have made it clear in your lawyer’s letters you intend to take court action to resolve this alleged defamation.

‘We await your writ so that we can test this important issue of freedom of public interest journalism in a courtroom.’ 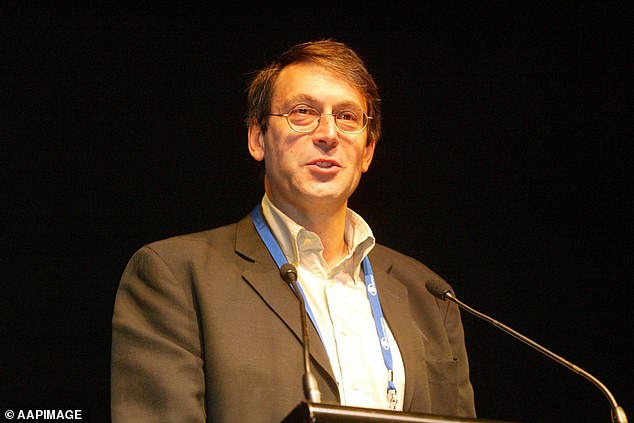 Justifying the decision to reprint all the correspondence between their lawyer at MinterEllison and Lachlan Murdoch’s representative, Mr Fray claimed Crikey was performing a public service and taking up a cause the Murdochs had championed.

‘Like the Murdochs, we believe in the public’s right to know,’  Mr Fray wrote in an article on Crikey’s website.

‘Exposing this legal assault is the only way we believe we can shine light on the actions of a powerful media owner (and therefore a competitor of ours) to silence a small publisher by resorting to Australia’s defamation laws — laws that News Corp itself constantly argues should give the media more freedom to fulfil its mandated role.’

The alleged defamation was in an article written by Keane, called an ‘analysis’ piece by Crikey, about the Washington DC Capital Hill riot in January 2021, where he argued Fox News commentators played a major role in encouraging the Capitol Hill rioters in 2021.

The article mentions the Murdoch name twice, although it does not specify which family member it refers to, in the headline and in the final sentence. 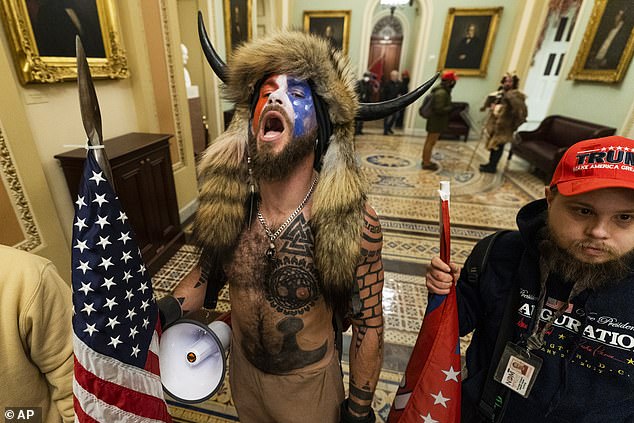 On June 30, Mr Churchill wrote to Crikey demanding that it immediately take down the article and accompanying social media post as it imputed ‘defamatory’ accusations about Lachlan ‘conspiring’ in the pro-Trump insurrection.

Mr Churchill called the article an ‘unwarranted attack on my client, without any notice and in complete disregard of the facts’.

The letter also demanded Crikey publish an apology, which was provided by the lawyer, to potentially avoid legal action, but that option was not ruled out even if the steps were promptly taken. 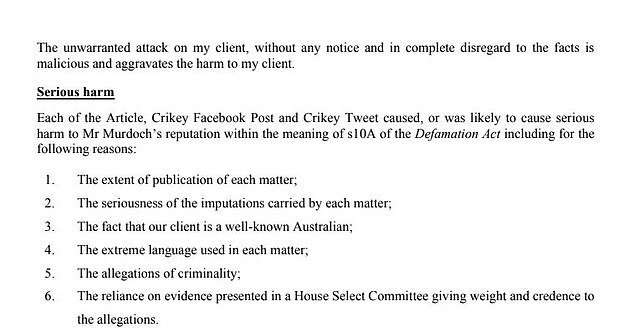 In response, Crikey denied the article made defamatory imputations towards Lachlan Murdoch, arguing the Murdoch referred to was obviously family patriarch Rupert, but as a ‘goodwill gesture’ it took down the article and the social media posts.

Crikey also invited Lachlan to have an on-the-record interview with the site as a further ‘goodwill gesture’.

Lachlan Murdoch rejected the offer of an interview and his lawyer wrote back rejecting Crikey’s claims the letter did not contain personal accusations and that other media had said similar things. 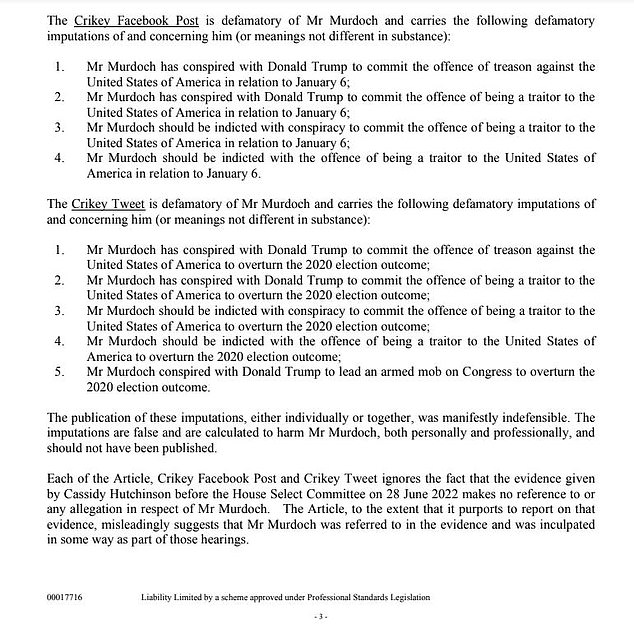 ‘It is only in your clients’ publications that such scandalous allegations of criminal conduct and conspiracy have been alleged, directly imputing personal and deliberate participation in a plan to cause violence,’ Mr Churchill wrote.

There have been further exchanges of letters with both sides sticking to their positions regarding an apology.

In the most recent letter sent to Crikey on August 9, Mr Churchill rejected Crikey’s claims that what it published was ‘responsible and reasonable public interest journalism’.

‘Making allegations about my client in the article was a mistake that should be corrected, and any fair-minded publisher would have promptly offered a genuine apology,’ he wrote.

‘Your quotes and exaltations about curtailing freedom of speech do not apply — because, as occurs from time to time to most publishers, the journalism in this case is indefensible.’ 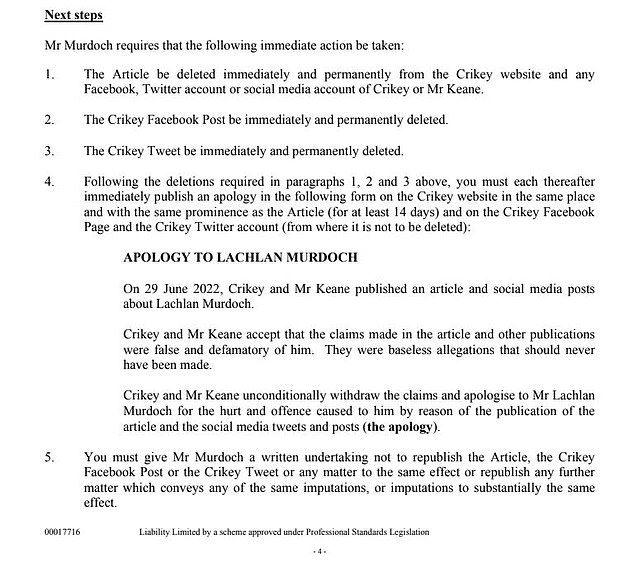 In its August 9 reply, Crikey again rejected the demand for an apology.

‘You are asking that our client apologise for the most extreme possible interpretation of our article, but not explain what that interpretation is,’ MinterEllison partner Michael Bradley writes.

‘Readers would think our client is apologising for the article itself. It won’t. It stands by its reporting.’