They’re intense, overwhelming and often uncontrollable, but food cravings are trying to tell you important information about what’s happening inside your body.

That’s according to Alisa and Danni, the nutritionists behind Australian food blog 123 Nourish Me, who claim common cravings are caused by essential mineral deficiencies which could lead to serious health problems over time.

‘Cravings are an awesome wake up call to what your body is really asking for. Pay attention to your cravings and feed your body what it needs,’ a recent post on the brand’s Facebook page reads.

Alisa says a hankering for chocolate is a sign you should increase your intake of magnesium, an essential nutrient that helps to regulate muscle and nerve function, blood sugar levels and blood pressure. 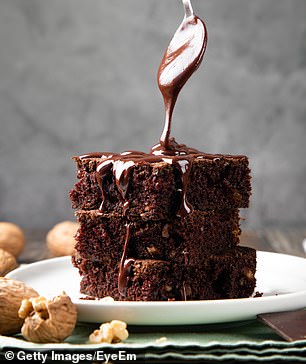 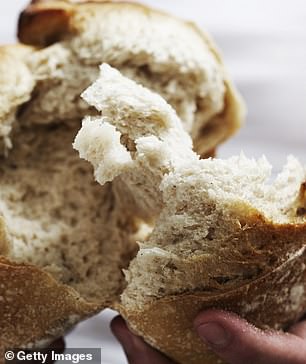 Nutritionists say a hankering for chocolate (left) means you need to increase your intake of magnesium, while craving refined carbohydrates such as bread (right) and pasta is a sign you should eat more protein

What your body wants: Magnesium

What you should eat: Nuts, seeds, dark green vegetables and fruit

What your body wants: Chromium, tryptophan and phosphorus

What your body wants: Protein and nitrogen

What your body wants: Calcium

What you should eat: Green leafy vegetables, lentils, organic milk and cheese

What your body wants: Chloride and silicon

What you should eat: Cashew nuts, seeds, fatty fish and goat’s milk

This can be achieved by eating foods that contain large quantities of magnesium, such as nuts, seeds, fruit and dark green vegetables like spinach and broccoli.

Craving lollies, fizzy drinks and other sugary snacks shows you are lacking in trace minerals including chromium, tryptophan and phosphorus, according to the experts, all of which are needed for energy, cell repair and a healthy metabolism.

It’s particularly important to eat foods rich in chromium, a mineral that breaks down protein, carbohydrates and fats to provide energy to the muscles and brain, because it does not occur naturally in the human body.

Foods packed with all three minerals include chicken, cheese, grapes, sweet potato and eggs, as well as most nuts, grains and dark green vegetables. 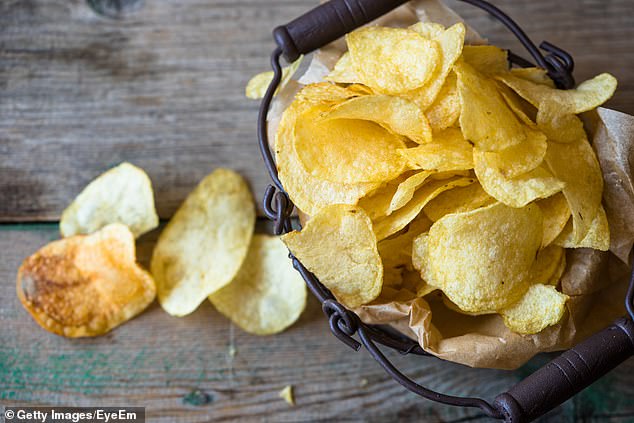 If you’re unable to stop until you’ve polished off an entire bag of chips or other salty snacks, the experts say you are likely to be lacking in chloride, silicon or both

Alisa says compulsively snacking on refined carbohydrates such as bread and pasta means you need to eat more protein and foods rich in nitrogen, which is used to make amino and nucleic acids that form DNA.

To up your intake of protein and nitrogen, she says you should be loading your plate with red meat, beans and fatty fish such as salmon or mackerel.

Cravings for oily or fried food could indicate a deficiency in calcium, according to the nutritionists, which could cause myriad health issues including brain fog and brittle bones over time.

Instead of giving in to temptation, Alisa says you should munch on calcium-rich foods such as lentils, green leafy vegetables, organic milk and cheese. 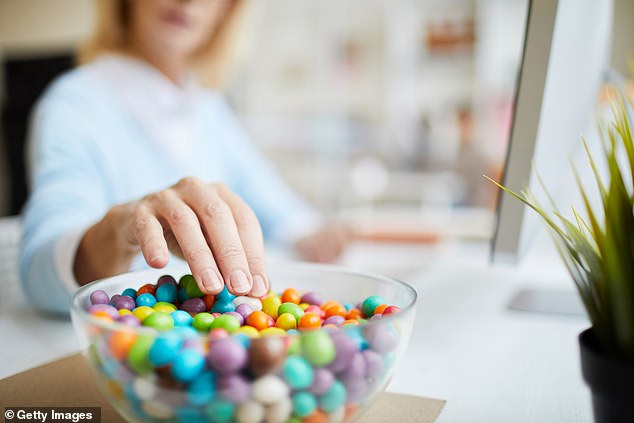 Craving lollies, fizzy drinks and other sugary snacks shows you are lacking in trace minerals including chromium, tryptophan and phosphorus, according to the experts

And if you’re unable to stop until you’ve polished off an entire bag of chips or other salty snacks, the experts say you are likely to be lacking in chloride, silicon or both.

Chloride is one of the most important electrolytes in the blood, which helps to balance blood pressure and the amount of fluid inside and outside cells.

Equally crucial to overall health is silicon, which strengthens bones and promotes the growth of new cells in the skin, hair and nails, reducing signs of ageing.

Large volumes of chloride and silicon can be found in cashew nuts, seeds, fatty fish and goat’s milk, which Alisa recommends you reach for next time you’re about to open a bag of tortilla chips.