The Olympic underdog you’ve never heard of: Aussie mother-of-two, 48, who is competing in her SIXTH Games storms through to third round of the table tennis

Australian mother-of-two Jian Fang Lay has marched into the third round of the women’s table tennis tournament in Tokyo, extending a bright start to her record-equalling sixth Olympics.

Fang Lay is one win away from setting a new benchmark for her best-ever Games, having already equalled a third-round effort at Rio de Janeiro.

But this run is already arguably more remarkable, coming after she initially missed selection for Tokyo.

Fang Lay was only added to Australia’s Olympic contingent in late June as a replacement for Stephanie Sang, who withdrew for personal reasons.

Fang Lay lost momentum after dropping the third and fourth games of Monday’s 52-minute match, but quickly steadied and had no issues closing out the win.

The China-born Victorian had six match points up her sleeve but needed only one, celebrating with a fist pump and big smile.

Fang Lay moved to Melbourne in 1994, competed at her first Australian national championships in 1995 then made her Olympic debut in Sydney 2000. 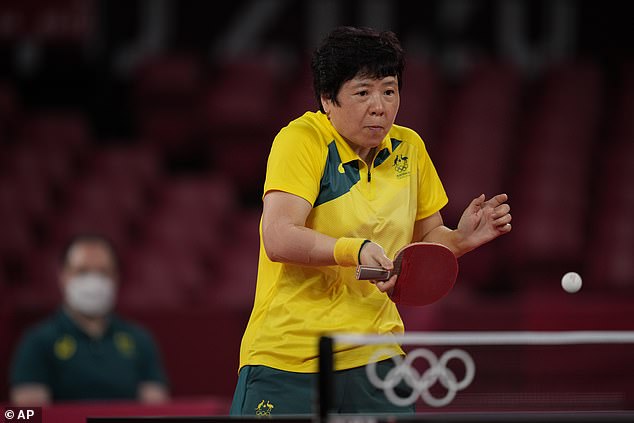