Ash Barty storms into action at the Australian Open as the world no.1 sails through her first set in just 25 minutes

Tennis superstar Ashleigh Barty is well on her way to storming through to a maiden Australian Open final on home soil.

The world number number one dominated the first set against unseeded American Madison Keys in the first of two semi-finals on Rod Laver Arena on Thursday night.

Barty got off to a dream start when she got the break in the first game and took just 25 minutes to win the first set 6-1.

The Queenslander is still yet to drop a set at this year’s tournament at Melbourne Park and hopes to become just the sixth Aussie woman to make the Australian Open final.

The winner will face either Polish seventh seed Iga Świątek or American Danielle Collins in the women’s final on Saturday night.

It’s the fourth time in a row Barty had progressed to the final eight in the women’s draw at her home Grand Slam, a feat that hasn’t been achieved by an Australian woman since Wendy Turnbull in the 1980s.

Barty has already equaled her best result at the Australian Open two years ago, where she became the first Australian women in 24 years to reach the final four.

She’s also the first Aussie to play two semi-finals at her home grand slam since the tournament was moved from Kooyong in 1988. 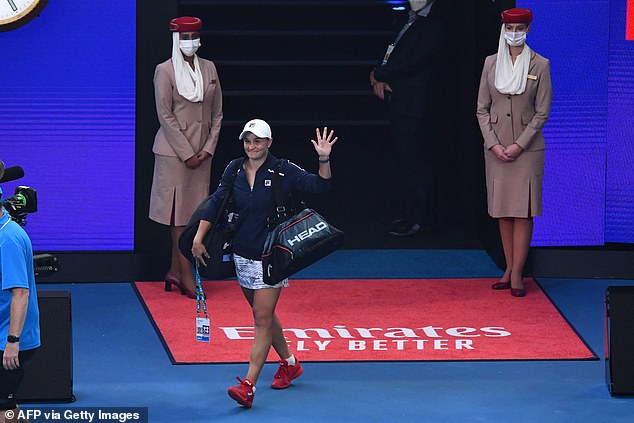 It’s been six years since Barty returned to the court following a two year break from the sport, which included a stint for the Brisbane Heat in the Women’s Big Bash League.

She hopes to join a host of Aussies already through to finals at their home grand slam.

The men’s doubles final on Saturday night will be an all Australian affair with Nick Kyrgios and good mate Thanasi Kokkinakis taking on lesser known duo Matt Ebden and Max Purcell.

The mixed doubles finals is on Friday afternoon, starring Australian pair Jason Kubler and Jaimee Fourlis. They will take on Kristina Mladenovic and Ivan Dodig. 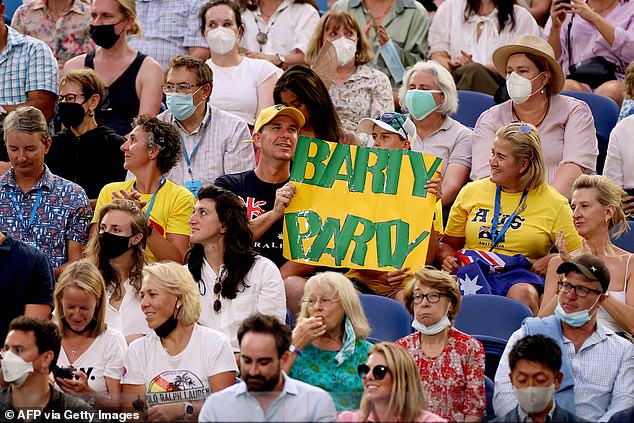