Ash Barty eased into the third round of the Australian Open with the minimum of fuss on Wednesday, overwhelming Italian qualifier Lucia Bronzetti.

Barty, who followed in the footsteps of trailblazer Evonne Goolagong Cawley by winning the Wimbledon title last year, was rarely troubled at all at the Rod Laver Arena and was not even faced with a break point as she cruised to a 6-1, 6-1 win.

She hammered 11 winners to wrap up the first set in 25 minutes and was equally dominant in the second, sealing it in well under an hour. 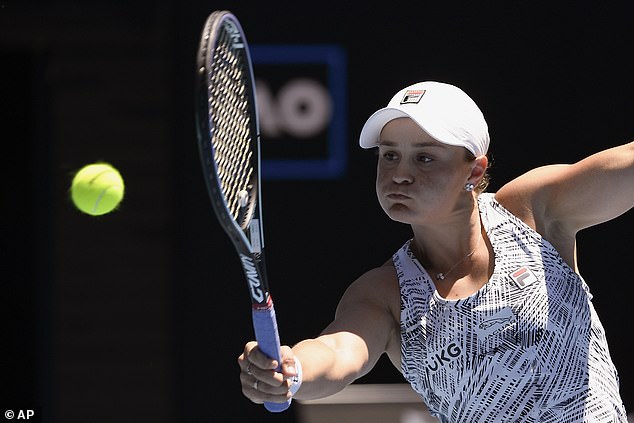 The Australian won 6-1, 6-1 in a comfortable display as she looks to win the trophy on home soil 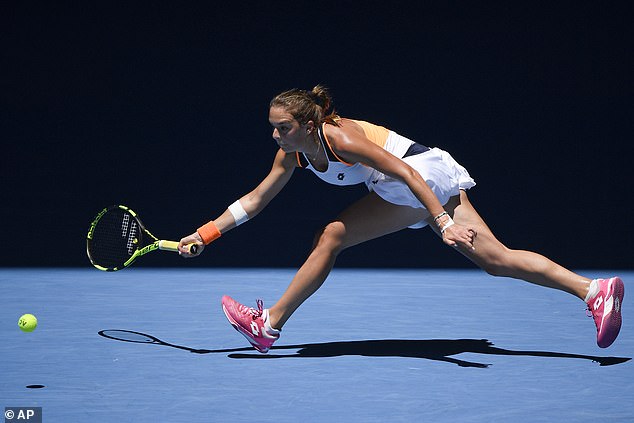 Barty, a proud indigenous Australian, said she was inspired by Goolagong Cawley’s influence on young indigenous athletes on First Nations Peoples Day and said she was glad she was able to play a match on ‘a really special day for our culture and our heritage’.

‘It was nice for me to be a part of it in a way that I feel most comfortable, I suppose,’ the world number one said. ‘Out on the tennis court is how I express myself as an athlete, it’s how I’m able to express myself as a person as well.

‘On a day we’re bringing cultures together, it was really nice for me to go out and enjoy that. Just met a few of the kids that have come down from Alice Springs and all around Australia, which is amazing for them …’ 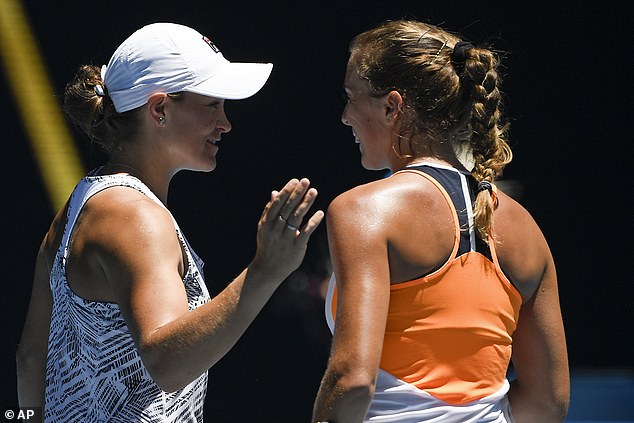 Bronzetti, the world number 142, failed to test Barty as her opponent lobbed, sliced and pounded her into submission in the bright Melbourne sunshine.

Barty is hoping to end Australia’s 44-year wait for a homegrown women’s champion and was particularly delighted at the turnout for her match so early in the day.

‘It was incredible,’ the 25-year-old said. ‘It was an awesome surprise to go out there and hear so many Aussies. It was an incredible atmosphere. It was just a lot of fun out there today.’

The top seed next faces another Italian in Camila Giorgi with defending champion Naomi Osaka potentially waiting in the fourth round.