Australian Open: Jamie Murray and Bruno Soares book their spot in the third round of men’s doubles

Jamie Murray and Brazilian partner Bruno Soares have booked their spot in the third round of the men’s doubles at the Australian Open after beating Lloyd Glasspool and Harri Heliovaara on Friday.

Murray and Soares found themselves a set down in their second round encounter but responded brilliantly to take the second and third set in emphatic fashion, winning the match 6-7 (4-7) 7-6 (7-2) 6-1.

After a tricky start for the 2016 winners, Murray and Soares roared back to take the second set 7-6 having initially trailed 2-0 in the tie-break.

They went on to win seven consecutive points in the tie-break, dominating their opponents before setting up a third-set decider.

However, the eighth seeds made light work of their oppoents, comfortably seeing out a 6-1 set to book their spots in the third round.

Meanwhile, fellow Brit Joe Salisbury and American Desirae Krawczyk were knocked out of the mixed doubles.

The top seeds in Melbourne took the first set against El Salvador’s Marcelo Arevalo and Mexican Giuliana Olmos but went on to suffer a surprise defeat Down Under. 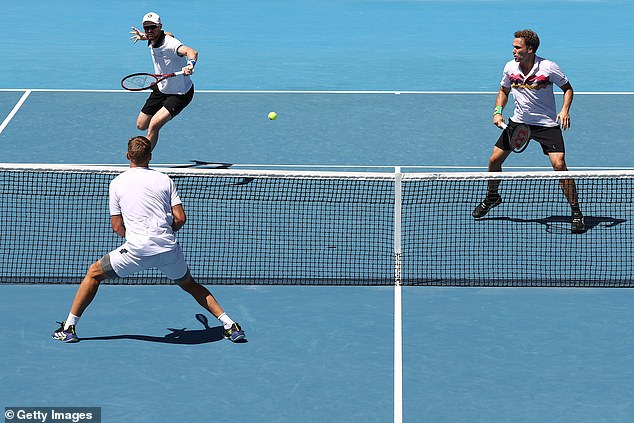