Novak Djokovic ascended to Cloud Nine at Melbourne Park after reeling off yet another title.

The 33-year-old Serb moved to within two Grand Slam triumphs of Rafael Nadal and Roger Federer at the place where he simply cannot lose.

This time he saw off the potentially dangerous challenge of Daniil Medvedev with a laser-focused performance that resulted in a 7-5 6-2 6-2 that took just one hour and 53 minutes. 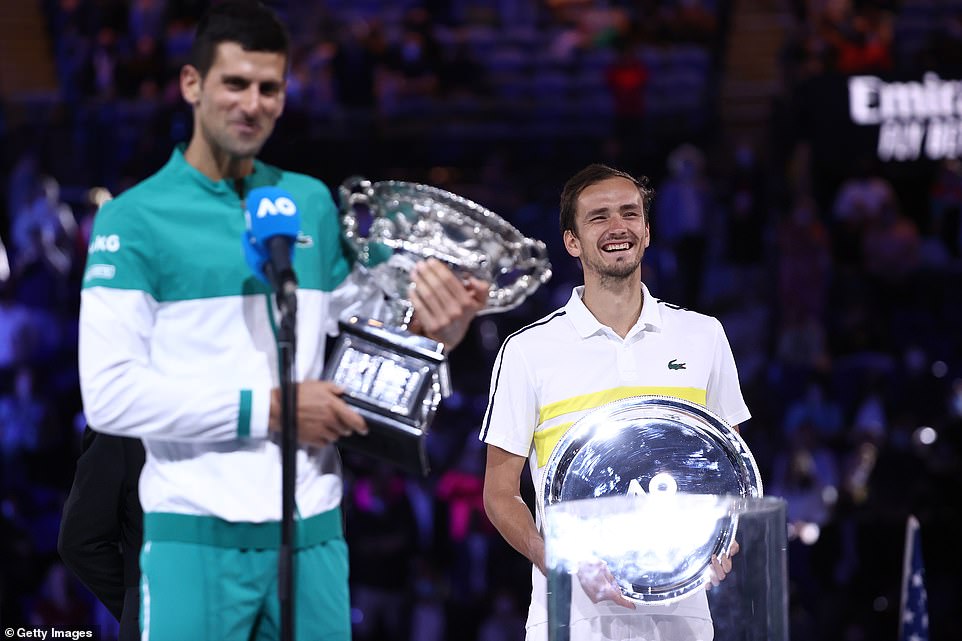 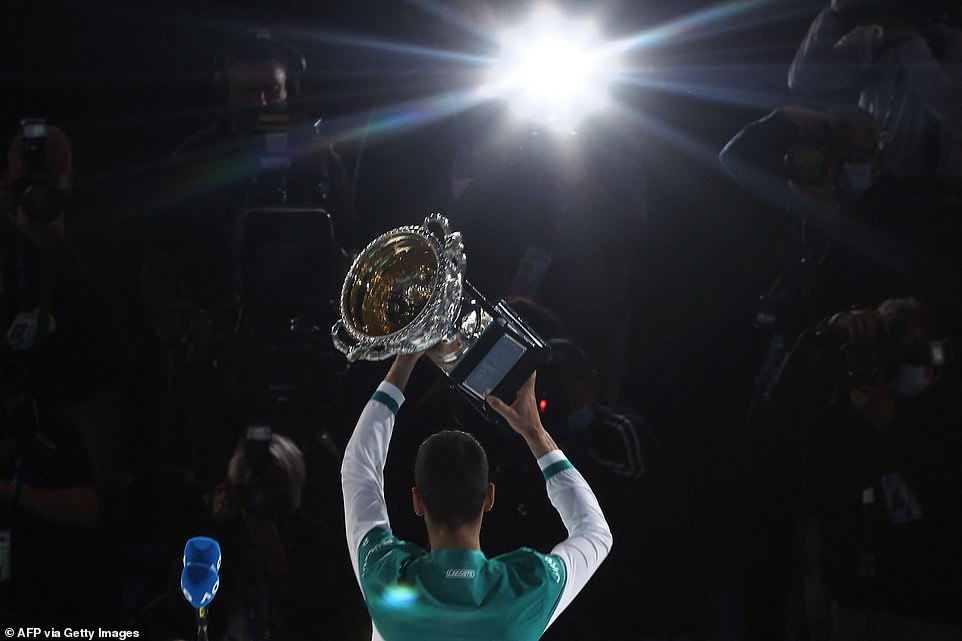 It was Djokovic’s ninth Australian Open success and his 18th Slam, putting him within two of Roger Federer and Rafael Nadal 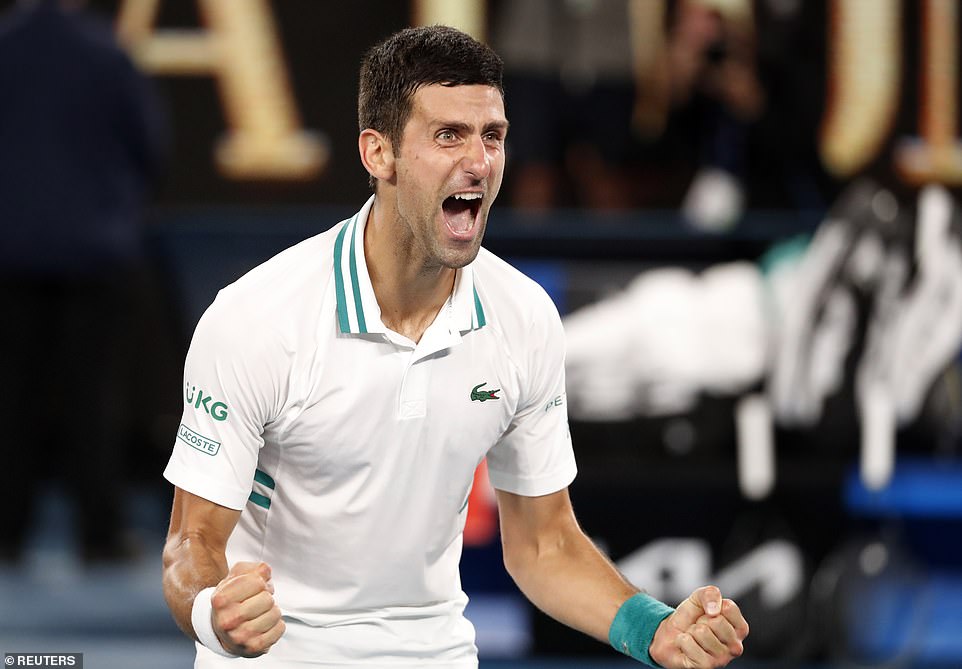 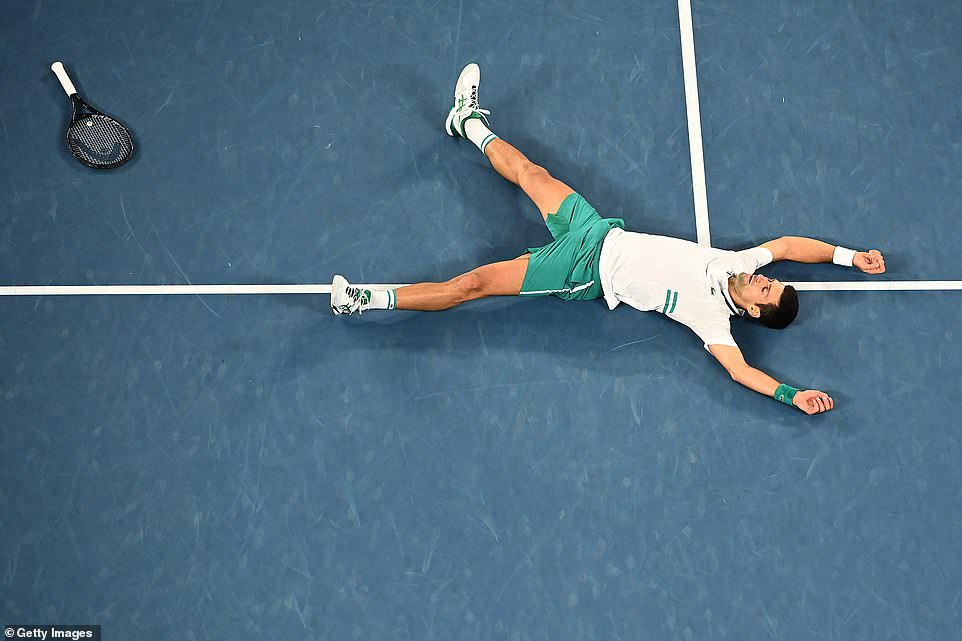 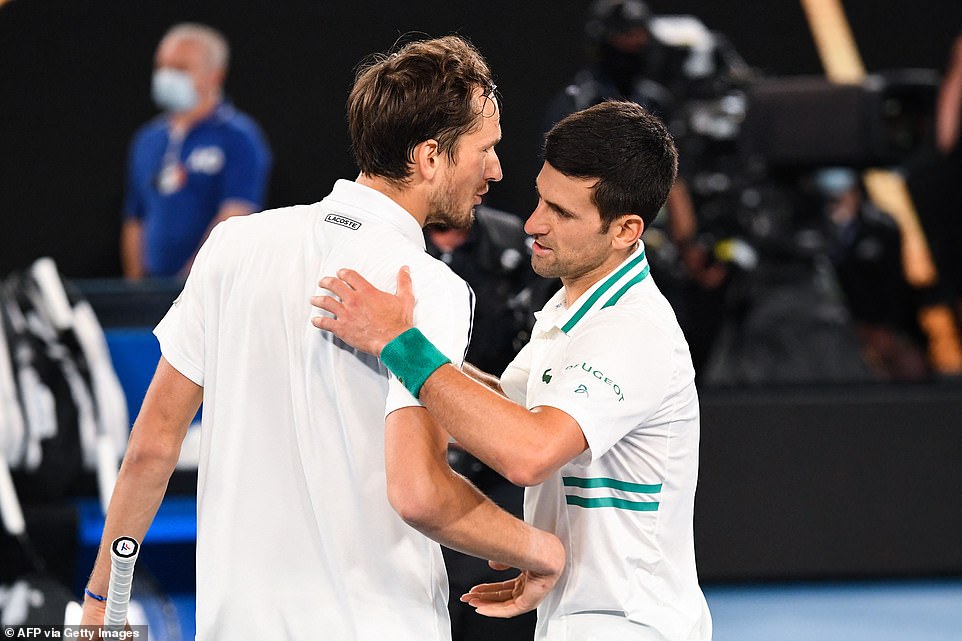 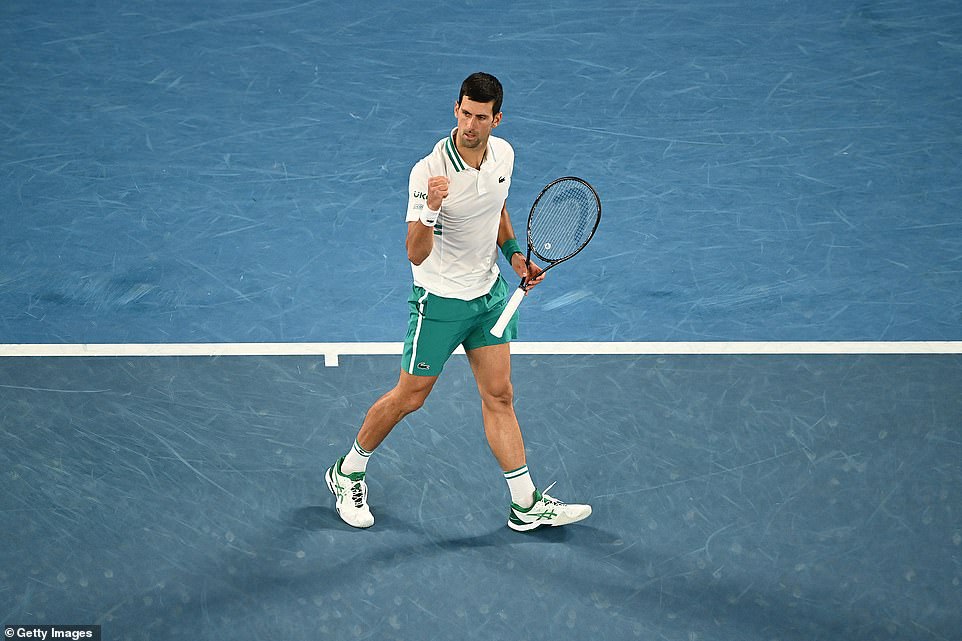 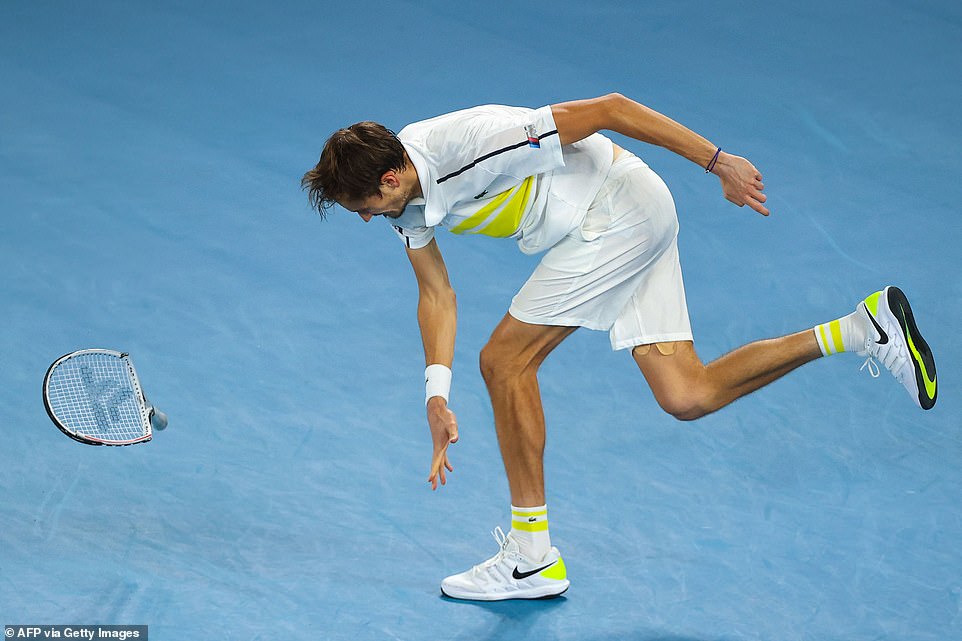 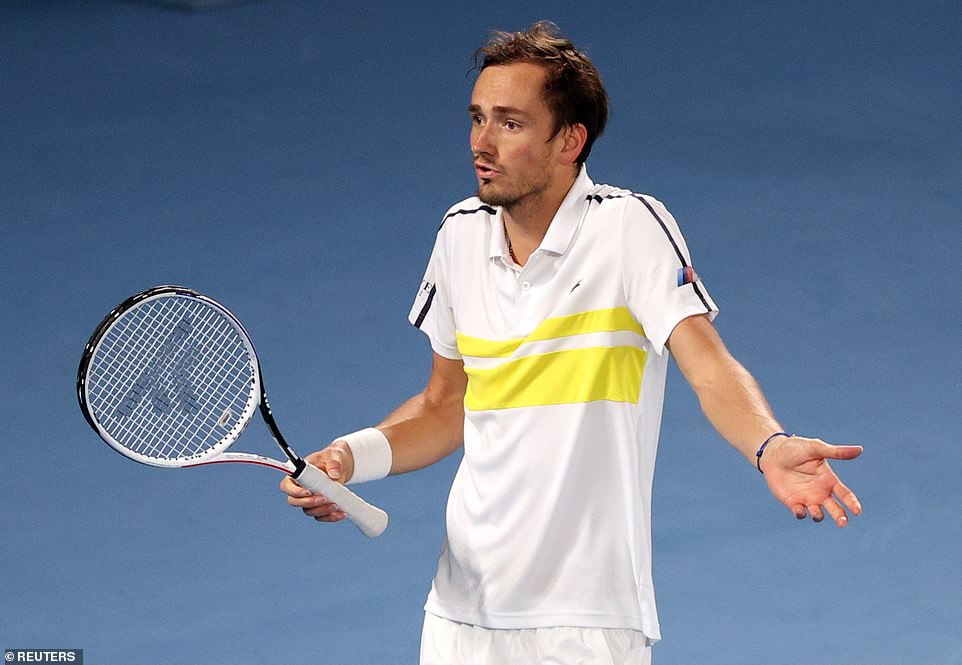 It saw him snap the 6′ 6′ Russian’s 20-match winning streak to win a ninth title, 13 years after claiming his first.

As the great champions move deeper into their thirties, the younger generation still struggle for a breakthrough. Medvedev was out-fought and out-thought, his fate finally sealed by an athletic overhead flick from the Serb.

Djokovic got off to a dominant start in a first set that rattled along surprisingly quickly, racing to 3-0 by employing an aggressive strategy in which he seemed determined to avoid getting dragged into long rallies.

Medvedev, thinking on his feet, adjusted to the tactic to fire back quickly, but there were always signs that the champion’s greater experience under pressure was going to tell.

A series of quickfire games saw Medvedev get rushed into being broken at 5-6 when he dumped a forehand in the net after saving two set points. 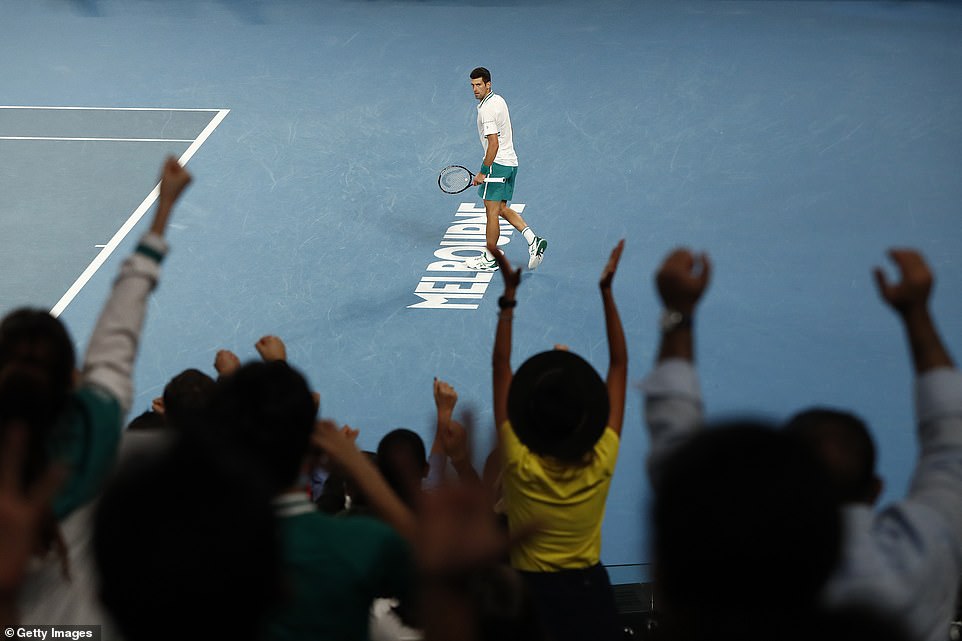 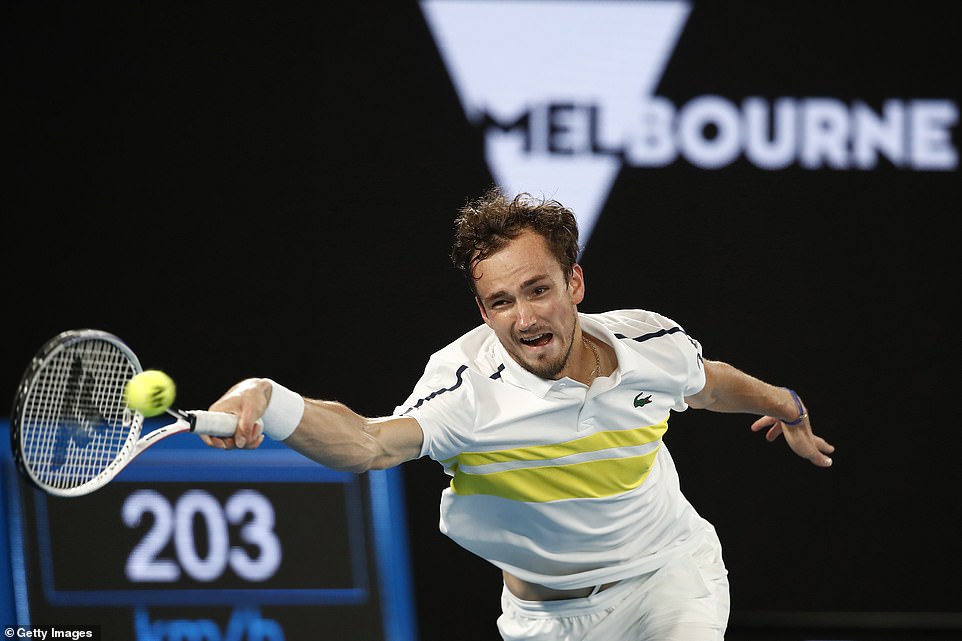 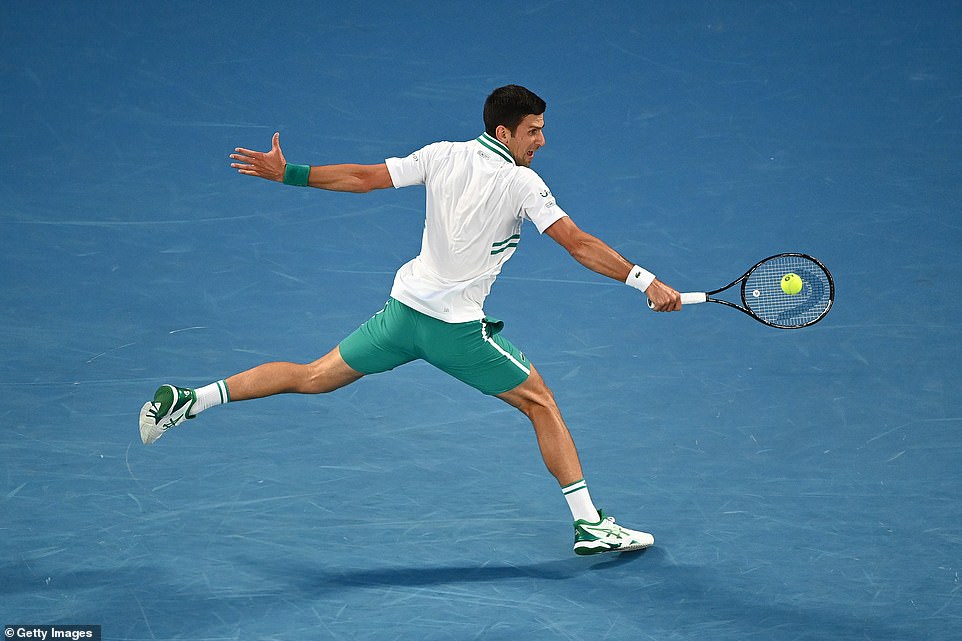 The Russian’s groundstrokes do not score that highly on aesthetics but they are usually mighty effective, and he fired hopes of a recovery when breaking at the start of the second.

Yet we were to get a reminder of what still separates Djokovic from the chasing pack. Medvedev was immediately broken back while the Serb proceeded to dial down on his serving, looking rock solid against the uneven quality of his opponent’s returns.

That infected the rest of the Russian’s game, and before you knew it the champion was 5-2 up with Medvedev breaking his racket in frustration.

The Russian can have a volcanic temperament and soon he was constantly looking and gesticulating at his box – a warming sight from the other end of the court. 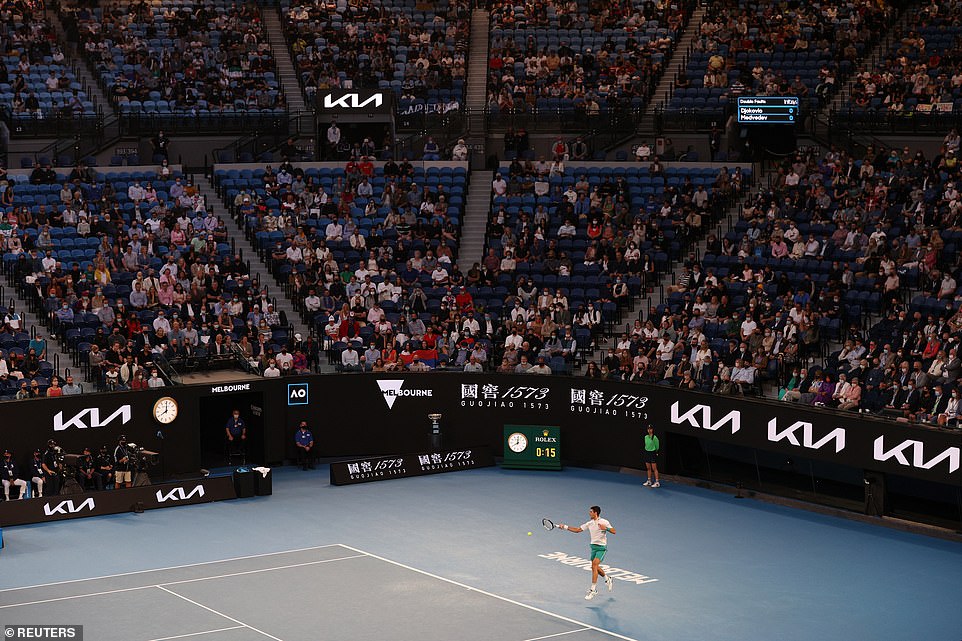 Covid-19 restrictions limited the crowd to around 50 per cent of the usual capacity – with around 7,500 permitted inside 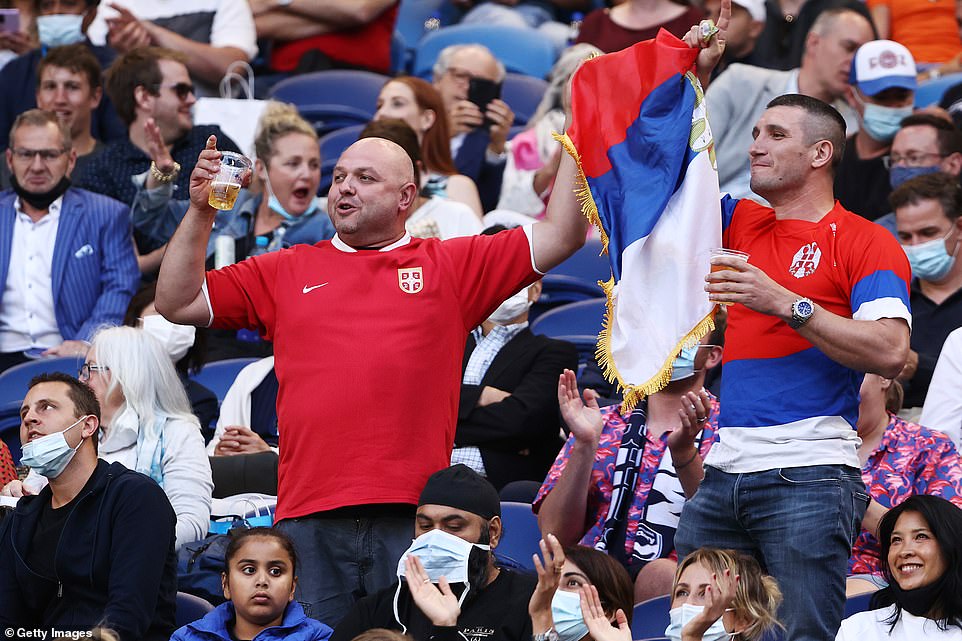 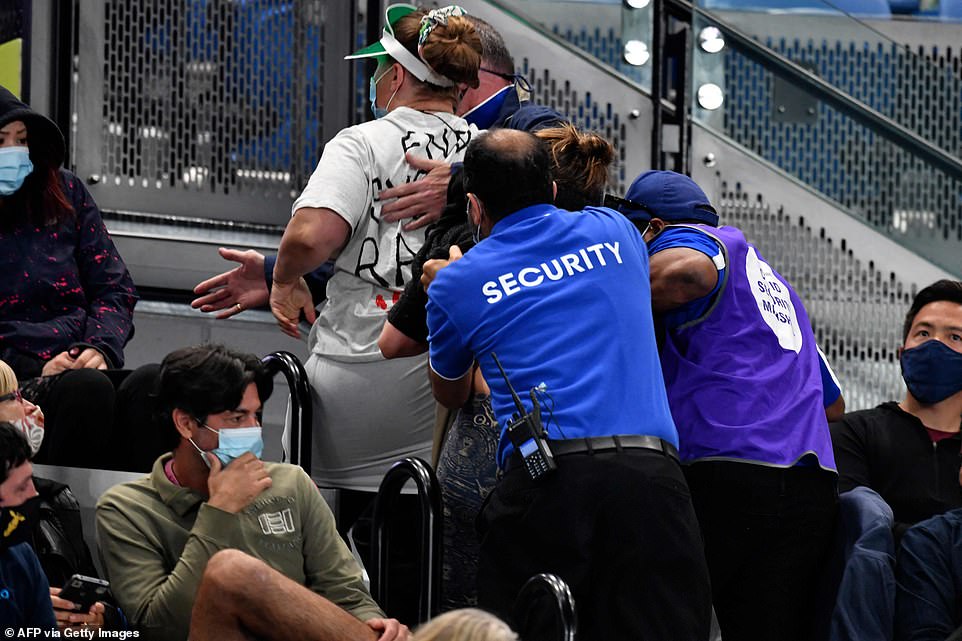 Djokovic’s returns, the best the sport has ever seen, sealed the second set and Medvedev was unravelling, his recent win at the ATP Finals in London counting for nothing.

Getting smothered by the relentless accuracy coming at him, the size of the occasion seemed to prevent the world number four trying something different. He has been known to revert to serve and volley but there was little sign of that.

A long, attritional game of chess had been promised but on the day Medvedev was not solid enough. With Djokovic’s stomach muscle problems of the past fortnight seemingly a distant memory it was he who was innovating as he sped towards the finish line.

The younger player briefly fired at 2-4 in the third but when he tried to get the crowd going Djokovic responded by reeling off three straight points to snuff out any chance of the revival. 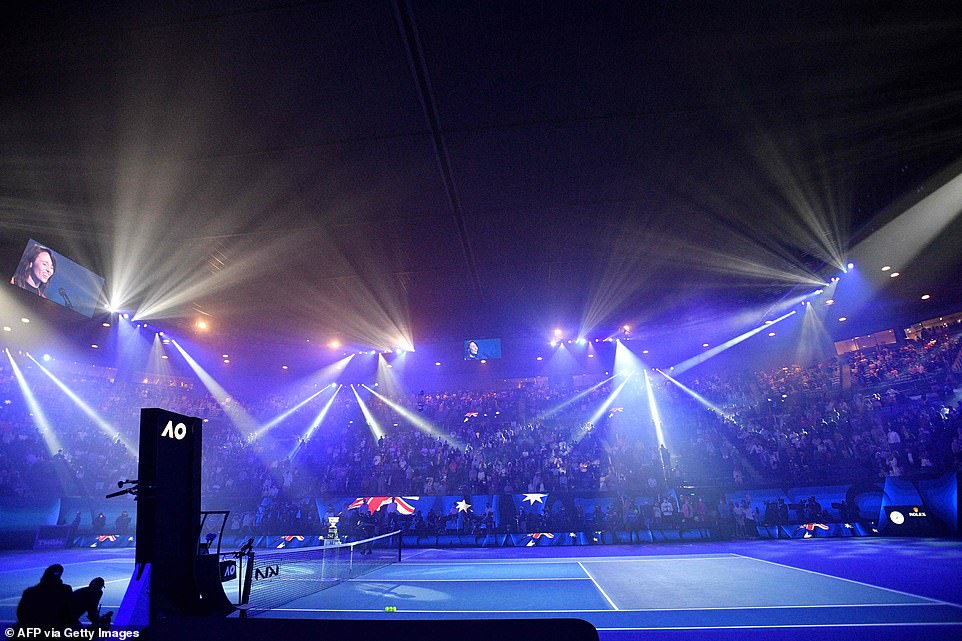 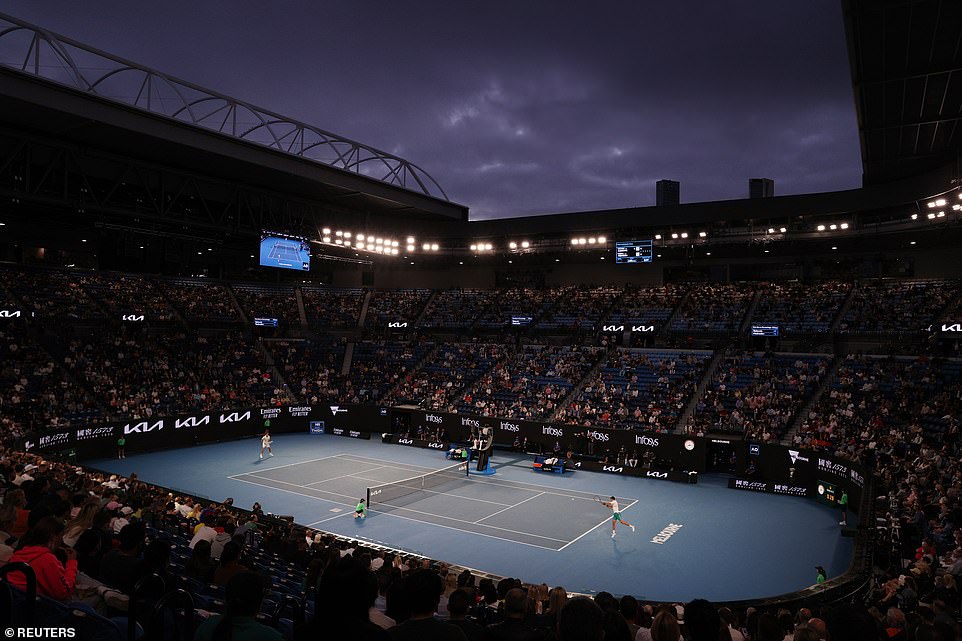 Despite the arena only being half-full, there was an electric atmosphere in Melbourne for the finale of the year’s first Slam