New gender-neutral toilets have been installed at Melbourne Park’s Rod Laver Arena as it welcomed thousands of fans to the Australian Open.

The venue unveiled two new bathrooms marked as ‘all-gender’ on Monday as the first day of the tournament kicked off.

‘Please use the toilet that’s most comfortable for you,’ a placard at the entrance read.

‘Anyone can use these toilets, regardless of gender identity or expression.’

Melbourne Olympic Park Trust had installed the new bathrooms in October but they weren’t open to the public until now.

The toilets are in addition to the venue’s standard male and female facilities.

The move comes after the city’s Docklands Stadium introduced the inclusive toilets in 2018.

Calls for more gender-neutral bathrooms and LGBTQ facilities have sparked a nation-wide debate over the years.

LGBTQ issues have also been staunchly opposed by Australian tennis legend Margaret Court who attended the Open on Monday.

Court, a Pentecostal minister, has been openly critical of same-sex marriage and homosexuality in the past.

In August, Prime Minister Scott Morrison also lashed out after a gender-inclusive toilet sign was installed at the Department of Prime Minister and Cabinet’s office in Canberra.

‘PM&C is committed to staff inclusion and diversity. Please use the bathroom that best fits your gender identity,’ the sign read.

Mr Morrison slammed the new facility as ‘political correctness over the top’.

‘Honestly, this is why we call it the Canberra bubble, it’s ridiculous … It will be sorted out,’ he told 2GB Radio at the time. 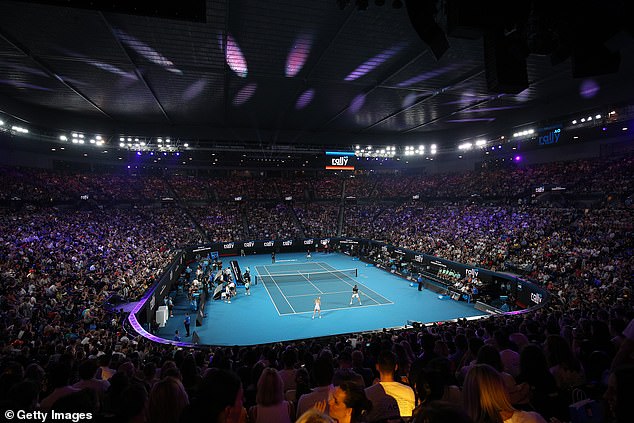