Tournament organisers from the Australian Open have announced a significant change ahead of the 2019 grand slam – and not everyone is happy about it.

Throwing history to one side, they have introduced final-set tie-breaks for tennis matches at next month’s annual tournament in Melbourne.

Australian Open matches that go down to the wire will now be decided by a first-to-10-points tie-break at 6-6. 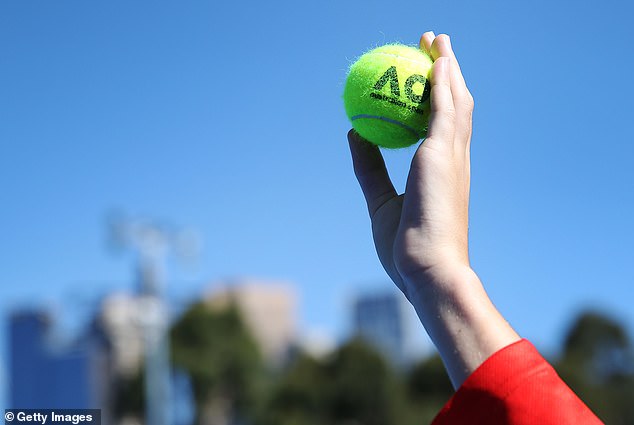 ‘We asked the players – both past and present, commentators, agents and TV analysts – whether they wanted to play an advantage final set or not, and went from there,’ he said.

‘We went with a 10-point tiebreak at six games all in the final set to ensure the fans still get a special finale to these often epic contests, with the longer tiebreak still then allowing for that one final twist or change of momentum in the contest.

‘This longer tiebreak also can lessen some of the serving dominance that can prevail in the shorter tiebreak.’

Women’s singles play and men’s and women’s doubles and mixed doubles, the deciding set of three sets will be played with a 10-point tiebreaker if level at 6-6. 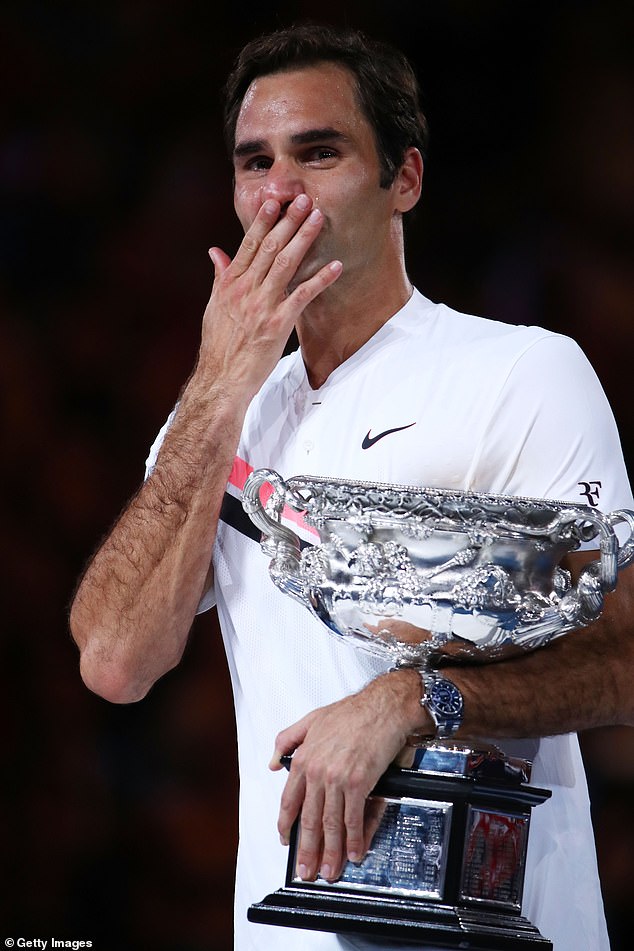 The decision, which was denied by tournament organisers when initially reported in November, didn’t please scores of tennis fans, who expressed their frustration on social media.

Twitter user Peter Nosworthy said it was ‘a terrible decision based on TV..as it all revolves around them’, while Glenn Peters asked who ‘exactly was extensively consulted.’

A third simply stated said he was ‘very, very disappointed and that close matches will now be decided by luck.’

The Australian Open begins at Melbourne Park on January 14.

Peter Nosworthy criticised the news, suggesting the development was a TV decision 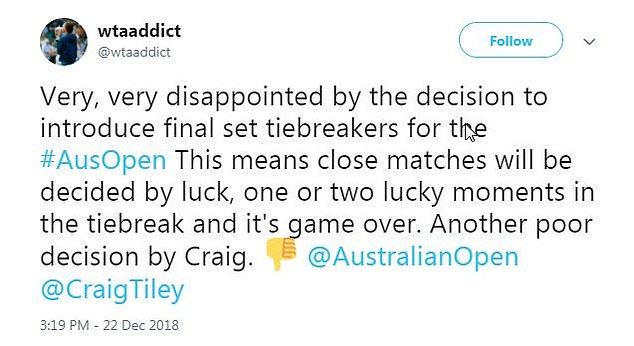 A third user was ‘very, very disappointed’ by the decision to introduce final set tiebreakers