‘I would love to deny it, but no’: Australian Open tennis star confirms outrageous rumour about his MUM

A tennis star has confirmed an outrageous rumour about his mother which had been doing the rounds on the international circuit.

Austrian Dominic Thiem, 26, was asked about the bizarre whispers after his straight sets win over Frenchman Gael Monfils at the Australian Open on Monday.

Channel Nine’s Jim Courier questioned if it was true his mother, Karin Thiem, got a new tattoo every time he wins a tournament title.

Austrian tennis player Dominic Thiem (pictured) sheepishly confirmed after his fourth round Austrailan Open win the rumour his mother, Karen Thiem, gets a tattoo every time he wins a tournament 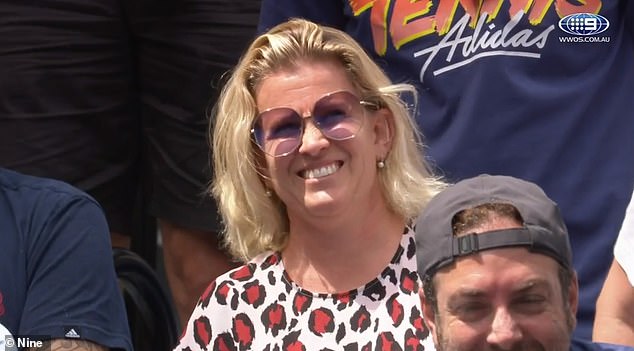 Karen Thiem (pictured) was in the crowd to cheer her son on and smiled when he made the admission, she already has an eagle feather a a panda tattoo

‘Unfortunately, I have to confirm it. I really would look to deny it,’ he said in the telecast.

He also went into some detail about how the idea first came about.

‘I had a pretty bad start to the season last year, some first round loses,’ he said.

‘Then we said, after a long trip to the Indian Wells from Rio … she said if you win this title here I’m going to get a tattoo.

‘I ended up winning that one, so then this tradition started.’

Mrs Thiem always relates the tattoo to the event her son won, or its location.

When Thiem won in the United States she got a tattoo of an eagle feather. When he claimed victory in China she had a panda etched into her skin.

If he were to win the Australian Open Thiem said his mother would ‘for sure’ get a kangaroo tattoo.

All he has to do now is win his next three matches to become the 2020 Australian Open champion. 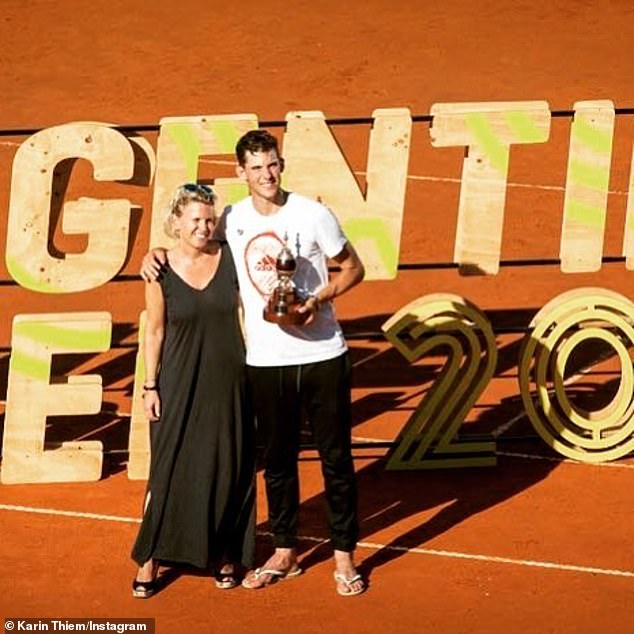