Stefanos Tsitsipas called for fans to be ‘a little more respectful’ of his opponents after a rowdy first match win over Italy’s Salvatore Caruso at the Australian Open on Monday.

Melbourne’s large Greek community was out in full force at the Margaret Court Arena, chanting ‘Ole! Ole! Stefanos Tsitsipas!’ as the Athens-born player put on a commanding 6-0, 6-2, 6-3 win over Caruso in less than two hours.

Caruso, ranked 95th in the world, looked hopelessly outplayed throughout and his troubles were compounded after a finger on his right hand started bleeding from a cut early in the final set. 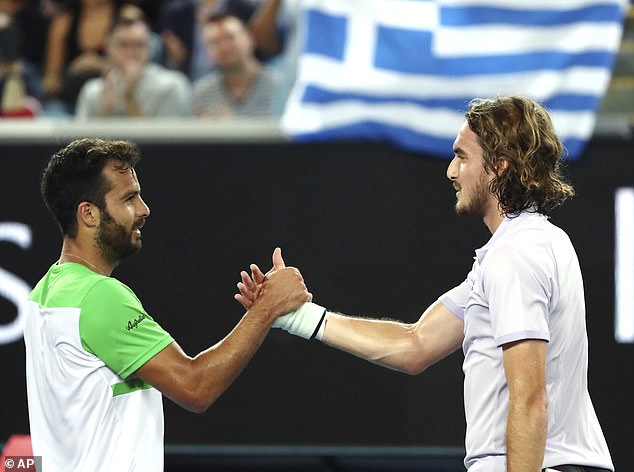 Stefanos Tsitsipas of Greece, right, is congratulated by Italy’s Salvatore Caruso after winning

The crowd did not help matters, with some Tsitsipas supporters loudly booing the Italian during certain points.

‘I really like they come and support me because that gives me a lot of positives in my game (but) I don’t really know why they want to go the extra mile some of the time,’ Tsitsipas told reporters.

‘I think also, from their side, they should be a little bit more respectful to the opponents.’

Tsitsipas’ high-powered game kept him in control in much of the match, with the only slight blip coming towards the end when he failed to convert three match points on Caruso’s serve.

The 21-year-old finally secured victory on his own serve with an ace down the middle of the court after an hour and 43 minutes. 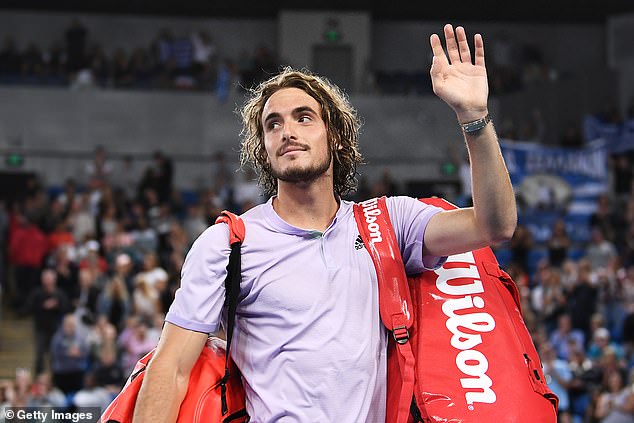 Sixth-ranked Tsitsipas has been touted as a potential winner at Melbourne Park where he had beaten Roger Federer in the fourth round amid a sensational run to the semi-finals last year.

The 2019 ATP Finals champion is aiming to better that performance, saying that he now has the game to go all the way.

‘I definitely feel like I’m more experienced now. Last year I did feel more as a kid who was trying to get confidence by doing certain things on the court,’ Tsitsipas said.

‘Now I feel like I’m more mature and more conserved in my thinking. I also think what I feel now compared to before, I’m just very sure with myself. I don’t really doubt myself that much.’ 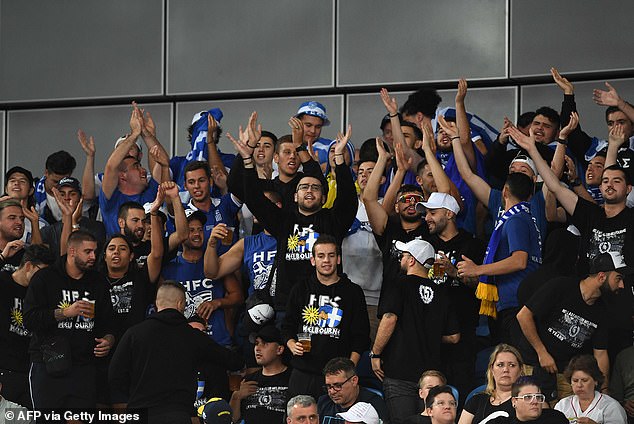