Australian petrol prices to ‘surge above $1.60 a litre’ as drone strikes in Saudi Arabia spark fears of war in the Middle East over oil

Australian motorists could soon be paying more than $1.60 a litre for petrol as drone strikes in Saudi Arabia spark the biggest one-day spike in crude oil prices in almost three decades.

Weekend attacks on the Abqaiq oil fields, by Iran-backed Houthi rebels in Yemen, have caused crude oil prices to surge by double-digit figures.

The Brent price, at one point, had soared by 20 per cent to $US71 a barrel, marking the biggest one-day increase in crude oil since the first Gulf War of 1990 and 1991, which followed Iraqi dictator Saddam Hussein’s invasion of Kuwait.

CommSec senior economist Ryan Felsman said average Australian unleaded prices could surge from a three-month high of $1.43 cents a litre now to more than $1.60 a litre should the tensions escalate.

Australian motorists could soon be paying more than $1.60 a litre for petrol as drone strikes in Saudi Arabia spark the biggest one-day spike in crude oil prices in almost three decades

‘It’s conceivable that we’ll get back up to a $1.60 if this whole situation continues,’ he told Daily Mail Australia.

‘Crude price movements come through to the bowser here in Australia in terms of pump prices in around 10 to 14 days.’

The uncertainty in the Middle East has also affected the Australian Securities Exchange.

‘There’s also concern at a broader level about the geopolitical risks that are arising,’ he said.

Financial markets are also concerned about the possibility of the United States being involved in a foreign conflict in the Middle East.

‘It’s an extreme scenario but it can’t be ruled out,’ Mr McCarthy said. 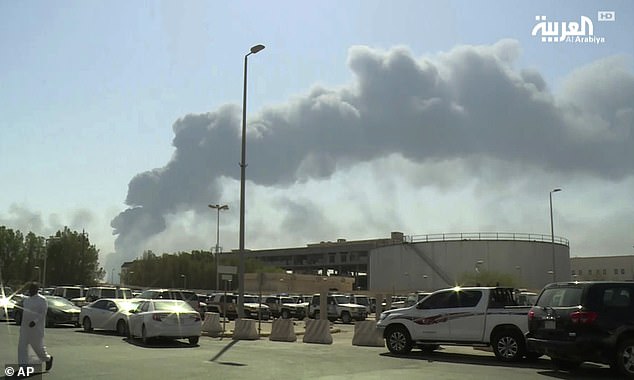 ‘That war in Yemen is seen as a proxy war between the Saudis and the Iranians so it’s not that this is a cold conflict but escalation remains an issue.’

The attack and subsequent fires had possibly affected half of Saudi Arabia’s oil production.

During the past week, even before the attacks, average Australian unleaded petrol prices had risen by 3.4 cents to a three-month high of 143.6 cents a litre.

Prices are more likely to increase in Melbourne, where the discounting cycle has subsided for the time being.

Sydney and Brisbane motorists are enjoying price discounts now, which could delay petrol price increases in the lead-up to the October school holidays.

Average petrol prices hit $1.60 a litre in October last year, which were the highest in a decade. 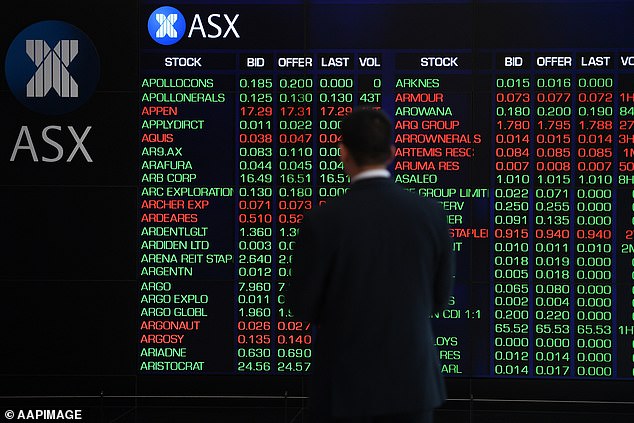 With the Australian economy already growing at the slowest pace since the global financial crisis a decade ago, Mr McCarthy said the spike in crude oil prices could hurt business and consumer confidence.

‘Absolutely. It can have a direct impact on petrol prices and affect consumer confidence too,’ he said.

‘The shortage of oil could hit economic activity around the globe.’

The Saudis, since the drone attack, have voiced support for a possible diplomatic solution, which moderated losses on the Australian share market during early trade.